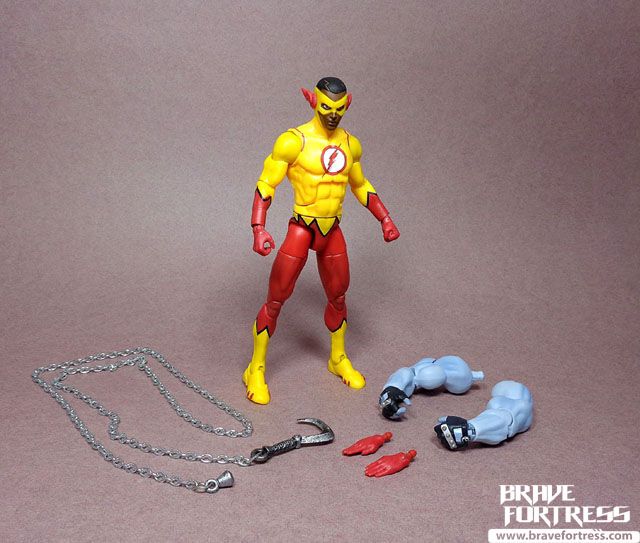 Introduced in the New 52 relaunch for DC Comics, Wallace West is Wally West’s cousin, both of whom were named after their great-grandfather.

Originally created as a bi-racial version of the original Wally West, DC later tweaked his background a bit in DC’s Rebirth line to show him as a different character from Wally.

Similar with Barry, Wallace is granted access to the Speed Force when he was struck by lightning.

lol… lightning bolt haircut. I never noticed that in the comics. 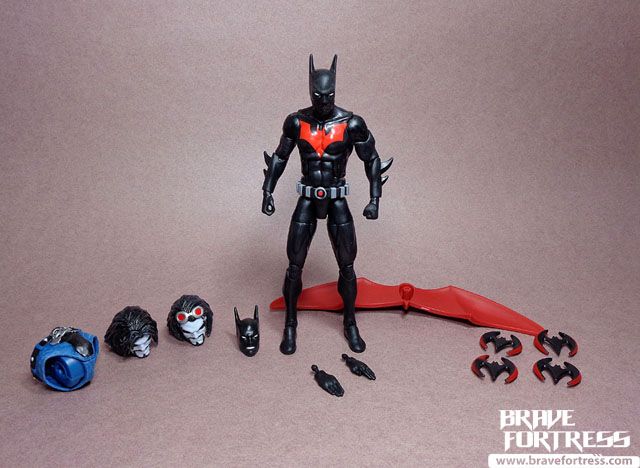 I really like this figure. The proportions seem right for Terry, who’s supposed to be only in his late teens. Definitely the best Batman Beyond figure around.

His wings can be pegged onto his back.

While he comes with four Batarangs, he only has one open hand to hold them. Sigh.. 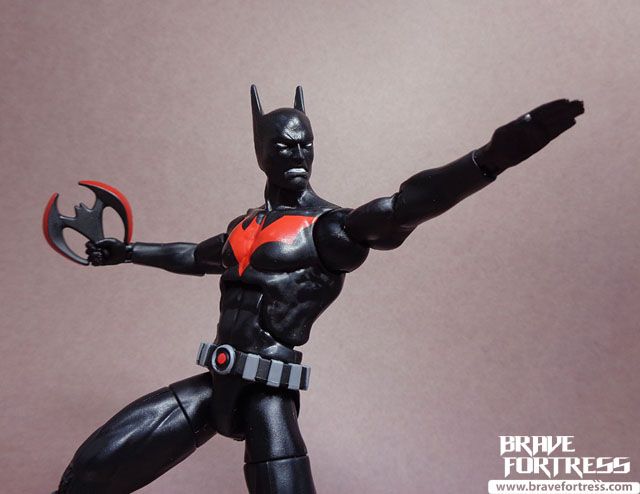 Based on the Kingdom Come mini series by Alex Ross and Mark Waid where Superman has aged and become retired from active duty, the Man of Steel returns to action when a new crisis appears.

I really like this headsculpt, I think this is the best Superman head from Mattel. 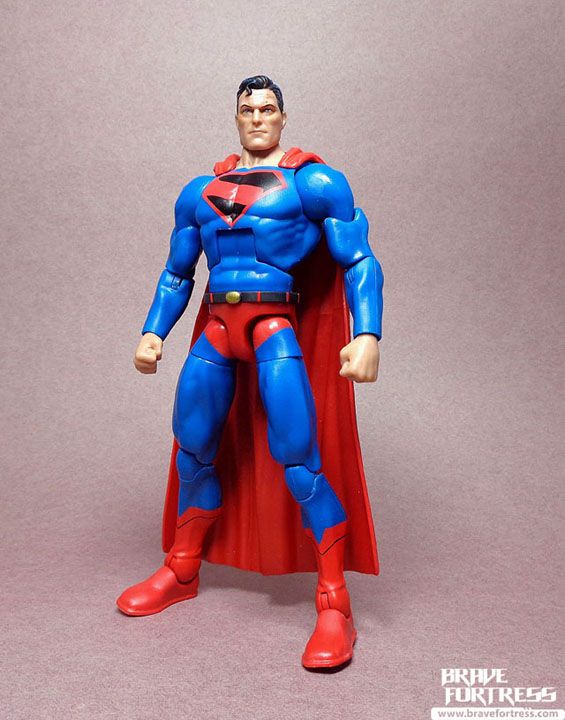 I really like this Superman figure a lot, I’m considering putting a sticker on his chest and making him my default Superman for my DCUC collection. It sure beats the older Mattel DCUC Superman figures.

After the Green Lantern Corp was wiped out when Hal Jordan became the villain Parallax, the last remaining Guardian, Ganthet, randomly selected Kyle Rayner to be the last Green Lantern. 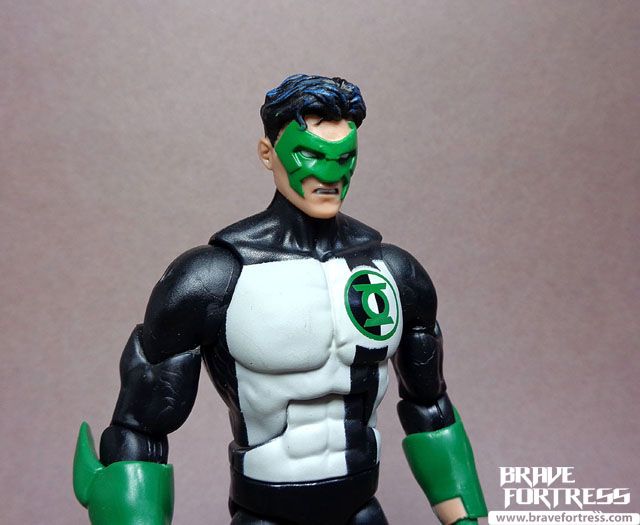 I loved this costume version for Kyle, he was the active GL when I jumped back into comic books again in the late 1990s. He will always be my favorite Green Lantern.

It’s a shame they sculpted Kyle with an angry look, he always seemed like a happy, easy going guy in the comics. So the angry head just seems so far out of character for this guy.

I can’t believe Mattel invested new tooling for his lantern to make it accurate. Nice!

“In brightest day, in blackest night, no evil shall escape my sight. Let those who worship evil’s might beware my power… Green Lantern’s light!”

Also included in the set is a green flame accessory, that seems really out of place I think? Still looks cool though. 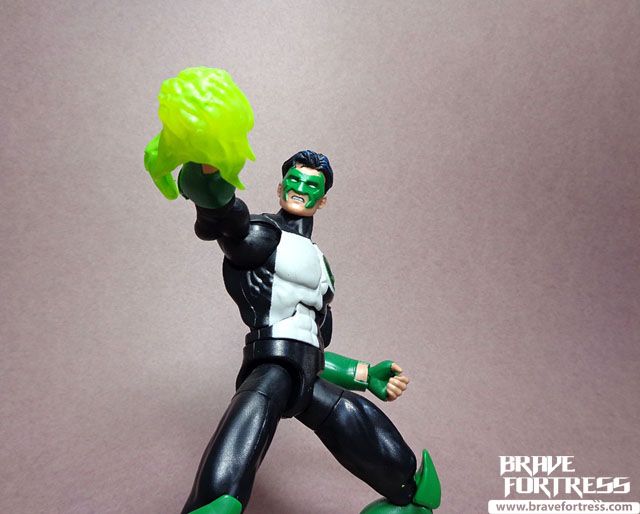 The last Czarnian, Lobo, rides the universe in his bike and hunts down his targets as an intergalactic bounty hunter with extreme prejudice.

For a CNC figure, his height is just right, thankfully.

Sigh… unfortunately, my Lobo CNC torso came without the locks for holding the arms in place. So he can’t do proper poses. Good thing a good friend of mine was able to find a Kingdom Come Superman in his area so hopefully I’ll be able to replace the torso and get a fully functional figure. For now, I can’t lift his arms up.

The way his left hand is sculpted, you can’t get anything into his hand, since the thumb is too thick to move.

He has a LONG chain accessory. Very cool Mattel! 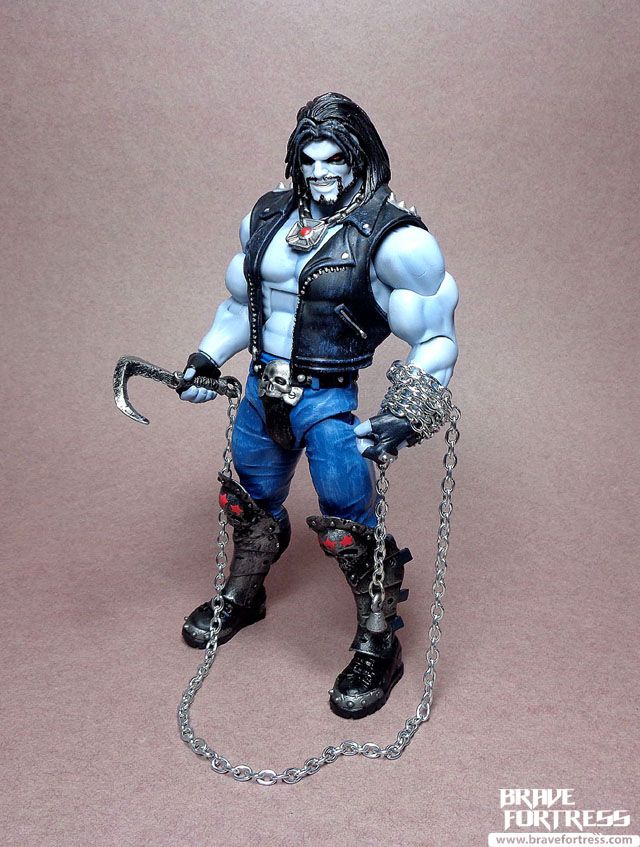