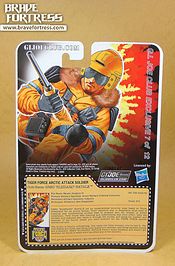 Blizzard is the Joe Team’s toughest arctic warfare expert apparently, so I guess it’s natural that he be selected to join Tiger Force. I suppose Snow Job was too busy conning someone to apply for the position? The figure and accessories are straight up repaints of the normal colors version that came with FSS 8.0.

Originally released with Pursuit of Cobra Snow Job, this backpack comes with a rack that can hold the skis and ski poles. The vintage backpack could be used as a sled, sadly I guess the Club wanted to cut down on tooling costs. 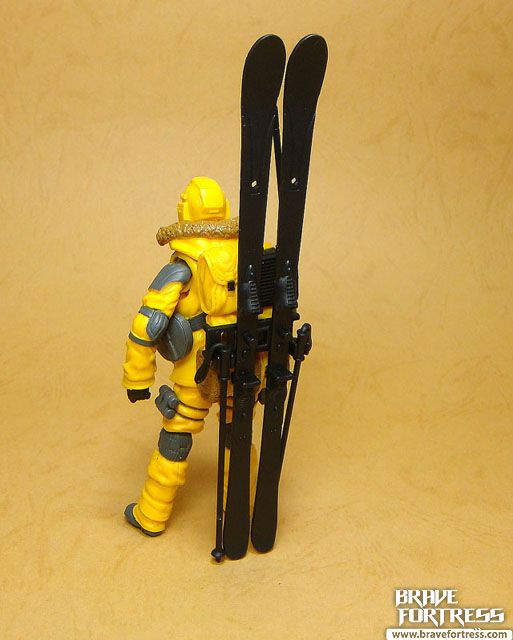 He also comes with snow shoes. 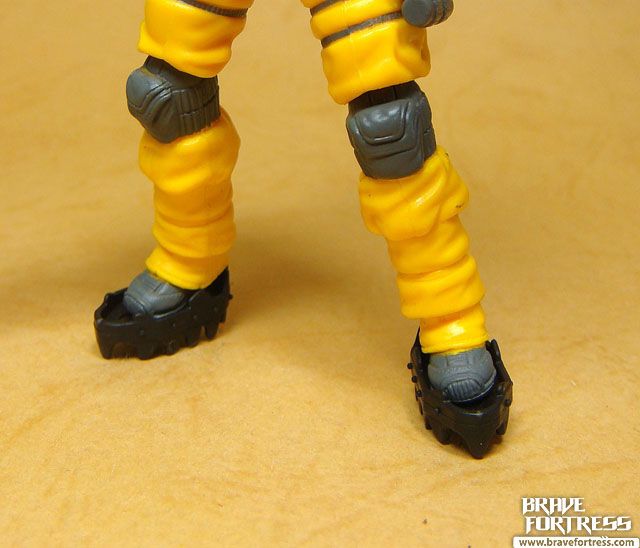 Lastly, he comes with a sniper rifle.

It’s a shame he doesn’t come with Pursuit of Cobra’s Snow Job’s Multi-Use Survival Pack accessories, but then again I guess they were trying to go for the vintage effect. 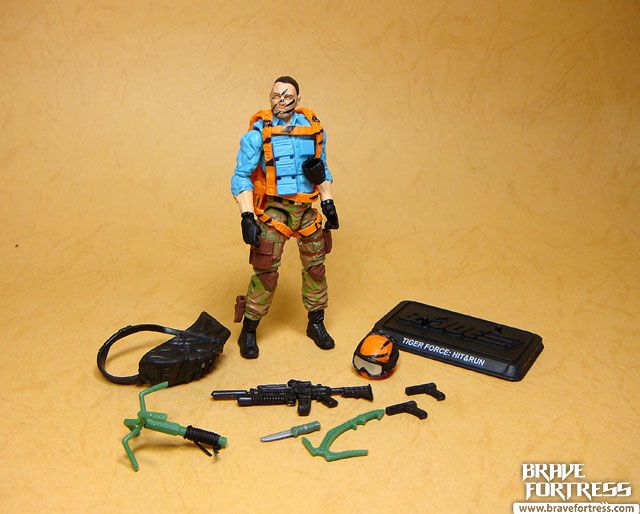 Hit & Run is apparently quite popular with the fandom, despite never appearing in any of the animated shows. He’s apparently “the” grunt of the Joe team (sorry Grunt) and is included in several teams, including Night Force, Tiger Force and the Wolf Squad. My, he gets around.

Not really liking the way his eyes are painted.

His knife and pistols can be sheathed and holstered.

I think he’s one of the few Joe figures that comes with two pistol accessories, so he can dual wield.

He also comes with a sling bag for carrying his gear (Explosives? Ammo?)

Lastly, he comes with a grappling hook and pick for scaling walls.