Based on the Iron Patriot armor worn by James Rhodes in the final Battle in Endgame. This suit sports some heavy firepower.

Despite being called “Iron Patriot”, the official title for this unit is War Machine Mark VII.

As cool as these weapon arms are, they’re not jointed, so they’re kind of fixed in position.

Hands down, the best figure in the wave!

Based on the original Avengers movie costume for Captain America, This suit design is revisited in the Avengers Endgame movie.

Cap’s shield is the “straps” version, so it can’t peg onto his back.

A definite improvement over the original Walmart Exclusive Avengers Movie Captain America, but not really a costume style that I really liked, even back then.

Since the set comes with no alternate hands, at least Cap can grip his shield with his default hands.

Based on his appearance after the fall of Asgard in Thor: Ragnarok, Heimdall leaves his armor for more casual clothing, using the Bifrost Sword to transport and save as many Asgardians as he can.

The sculpt work on the figure is amazing! It really looks like actor Idris Alba.

He comes with “Hofund” a.k.a., the Bifrost sword, which is used as a key to open the Bifrost Bridge to other realms.

Hmm.. I don’t remember Heimdall getting this wound in the movie. Gotta recheck… 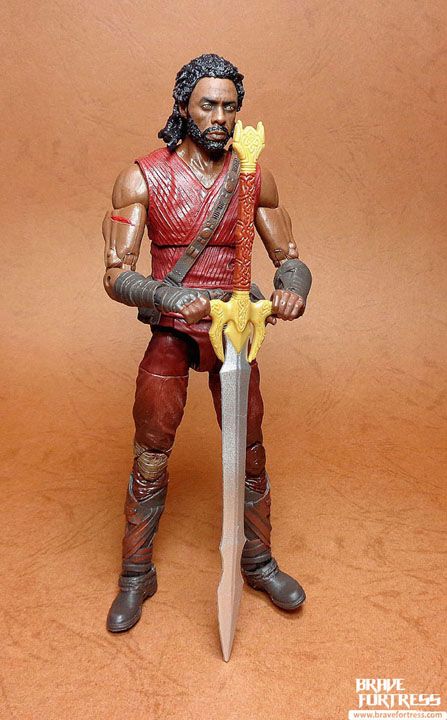 Tony Stark’s final armor as seen in the Endgame movie.

He comes with the Stark Gauntlet for the Professor Hulk figure from the previous wave. While the gauntlet can’t really plug into the figure, you can “hang” it on his arm though.

The wrist peg is too big for Iron Man.

Interestingly, he comes with the Time-Space GPS for navigating the Quantum Realm as seen in the Endgame movie. 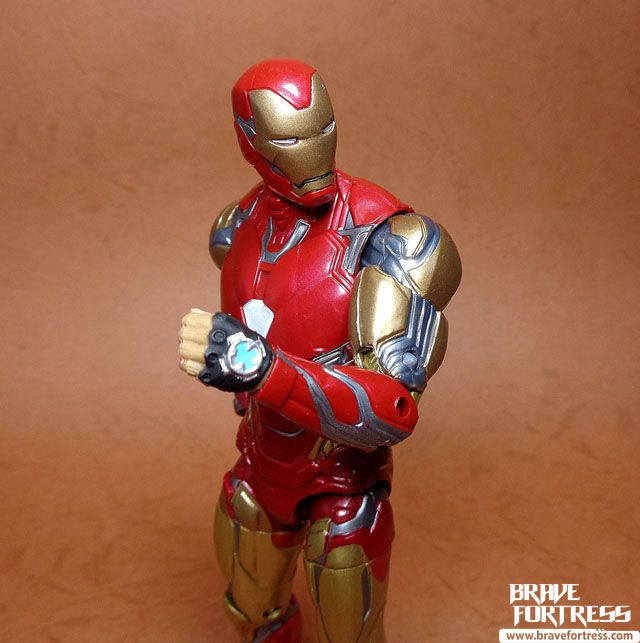 As the Mark 85 is the most advanced suit Tony’s ever made, it’s a direct evolution based on the Mark L (50), featuring the same nanite technology, but with improved offensive and defensive capabilities with the sole purpose of defeating Thanos.

The set comes with four repulsor effects this time.

According to the movie’s design team, the suit was intentionally designed to resemble the classic Steve Ditko look from the original comics.

Based on Valkyrie’s appearance in the final battle in Avengers Endgame, she somehow gets new armor, along with a flying Pegasus, which was never explained in the movie. Maybe this was her old armor from when she was one of many Valkyries?

Hmm.. never realized there was a design on her cape. Supposedly this is the symbol of Odin.

She comes with her sword, Dragonfang.

She can hold the scabbard, it’s just a bit tricky to get into place.

Because of the design of her armor, articulation is very limited for the figure’s legs. 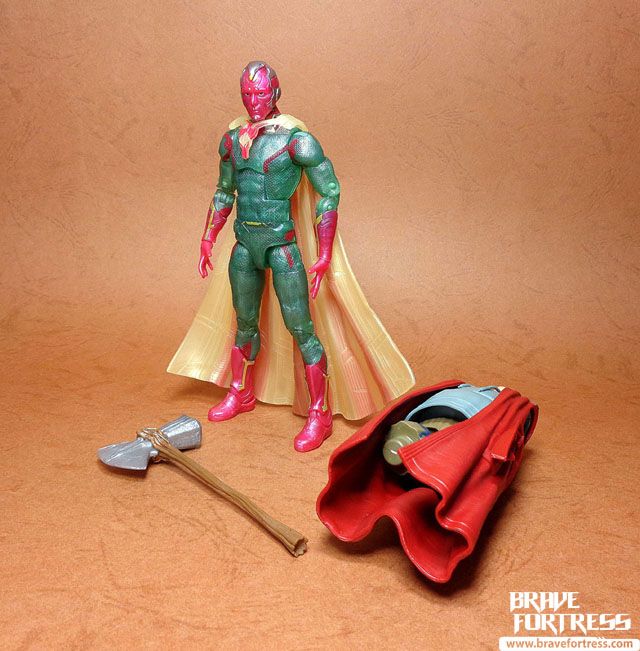 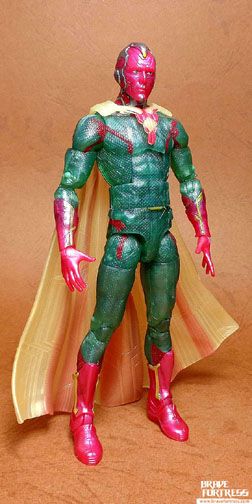 A redeco of the Vision figure previously released with Scarlet Witch in a 2-pack, this time, Hasbro made him in semi-translucent plastic, to recreate his “phasing” mode.

Too bad they didn’t include any spare hands with this guy. They gave him extra hands with the Scarlet Witch 2-pack. 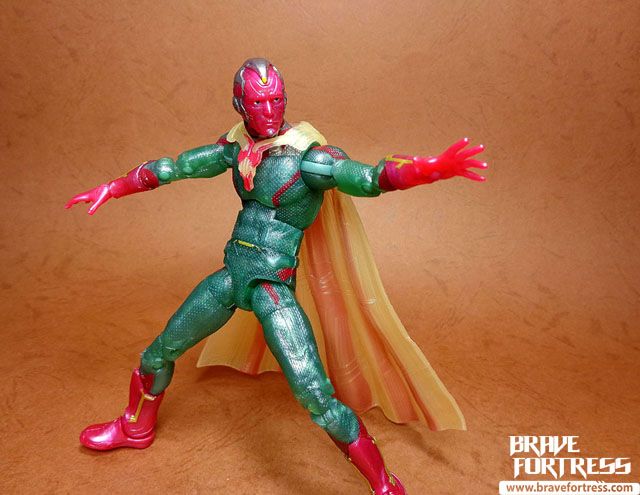 Yeah, I think I still prefer the one from the 2-pack. The bright “candy colors” don’t do it for me.

Following the events of the Avenger’s initial plan to undo the “snap” by Thanos, Thor goes into deep depression and totally lets himself go, becoming a shut-in who drinks and plays video games all day. Other names for this guy include “Bro” Thor and “Big Lebowski” Thor.

It was supposedly actor Chris Helmsworth’s suggestion that the movie feature Thor dealing with loss and failure by becoming a depressed, fat bum. Interesting angle, at least it gave Thor something to deal with in the movie and made the character have some level of personal growth.

This set comes with Thor’s new hammer, the Stormbreaker.

One thing that really bugged collectors is that “Bro” Thor here is roughly half a head shorter than any of the MCU ML Thors for whatever reason. Really messed up scale there, Hasbro.

I wonder if we’ll get a proper “final battle” Thor down the road? Sure would be lousy if this is the last MCU Thor we will ever get in the Marvel Legends line.