Welp, here we go again. Another Deadpool figure. Man, I think I have more Deadpools than Thor and Hulk. Never thought that would happen. 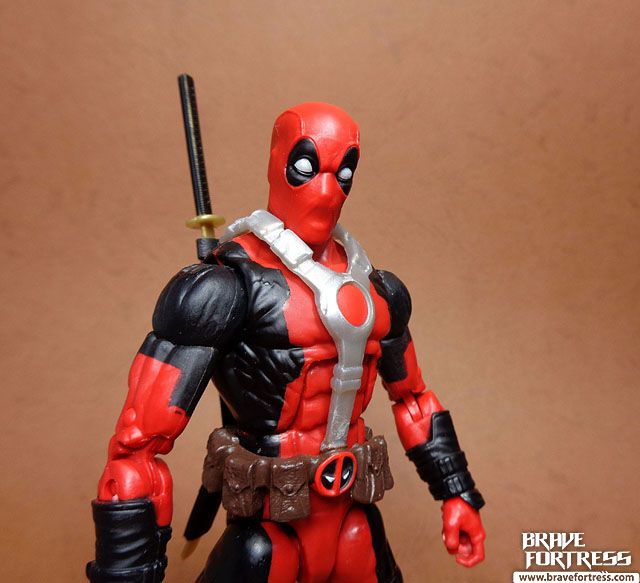 The knife can be sheathed in his right leg.

This version of Deadpool features him with a “shocked” reaction face under his mask. Too bad he doesn’t have open palms so you can put his hands up against his face for a more visual effect.

Yeah, easily NOT the best Deadpool around I think, the other previous ML figures are better, primarily due to the “shocked” facial expression. It kinda throws off posing him in any action poses.

Bob, Agent of Hydra. This requires you to have a spare Hydra figure body to attach this head to. Bob’s real name is Robert Dobalina. He originally signed up with Hydra because he couldn’t hold down a job. He later defected and joined Deadpool on his merry adventures as his sidekick (“minion” to be more precise). Bob still wears his Hydra uniform when in action. 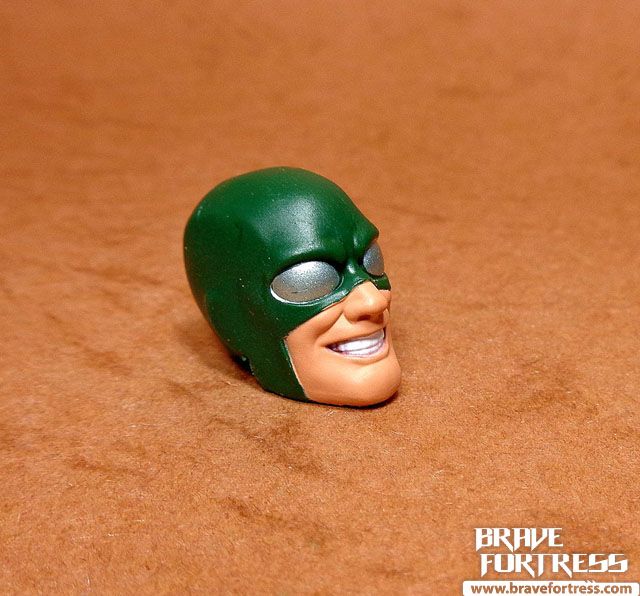 The Vespa bike- I guess the Taco Truck was too pricey to produce? Oh well. This is still pretty cool.

The Deadpool Corps, with Ladypool and Headpool from the Sauron wave.

Gathered from various versions of Deadpool across the Multiverse, the Deadpool Corps was formed by the Elder of the Universe, the Contemplator to stop the cosmic being, the Awerness. Too bad we don’t get Kidpool in this set.

The figures in this set can all ride on the bike. With Dogpool being plugged into a peg on the seat.

Flashbacks from Roman Holiday, anyone?