Looks like they brought back the old tech specs decoders.

Using the decoder, you can decipher the planet “Micron” on the inside of Prime’s packaging. 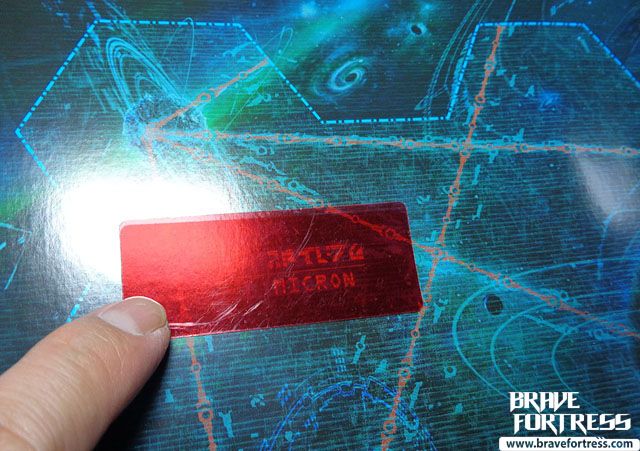 Even though this is umpteenth Optimus Prime figure, it’s still amazing when you think about how much Hasbro can innovate and bring something new to the figure every time. 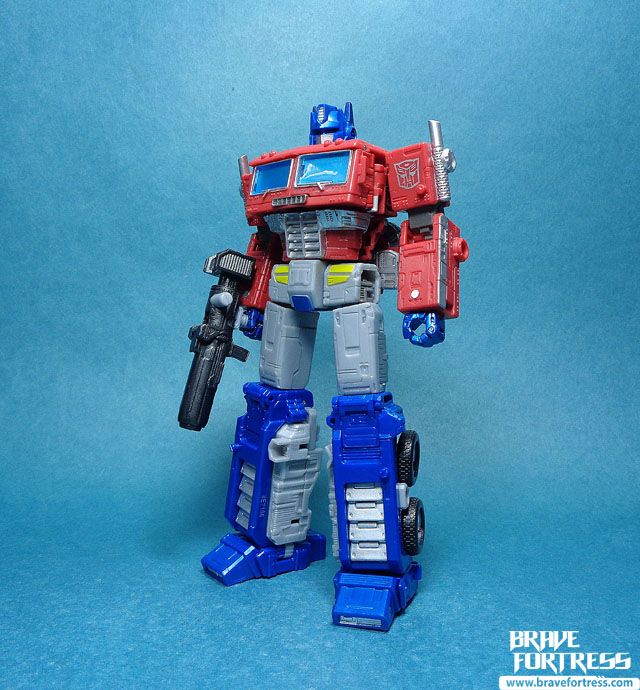 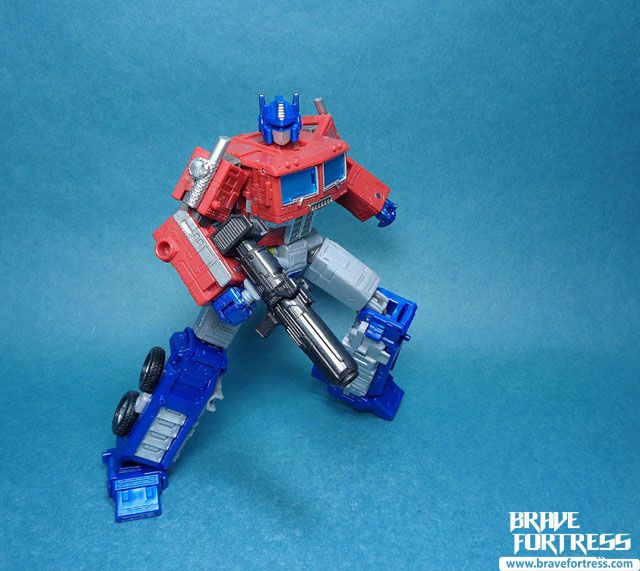 While the packaging depicts his eyes as yellow, the final colors of his eyes are blue, thankfully. 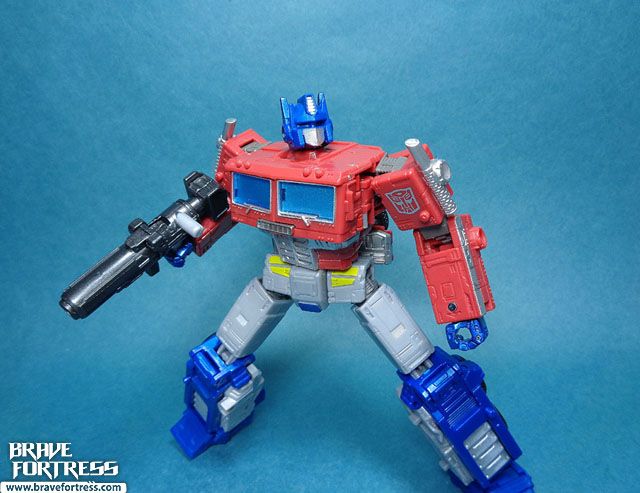 The Ion Blaster can be folded and mounted on Prime’s back.

While small, the Matrix is removable.

Another interesting innovation, hinged hands. I think this is the first time we’re getting this in the non-masterpiece line, non-Titan Class figures?

The ramp from the trailer can be removed to form a shield.

The ramp is a new “thing” for the Transformers toyline, officially termed the “A.I.R. Lock” system, it stands for Adaptable Interconnection Retrofitter Lock System. It features ramps and platforms that can be utilized by Transformers.

The trailer itself is somewhat small, but I guess it is what it is. At least you can still put Legends class figures in the trailer.

The trailer can be opened to feature the repair and maintenance mode. Just like in the G1 and Masterpiece toys.

The combat deck can be removed and attached to Prime’s back.

Folded up, the deck looks like a jetpack for Prime. 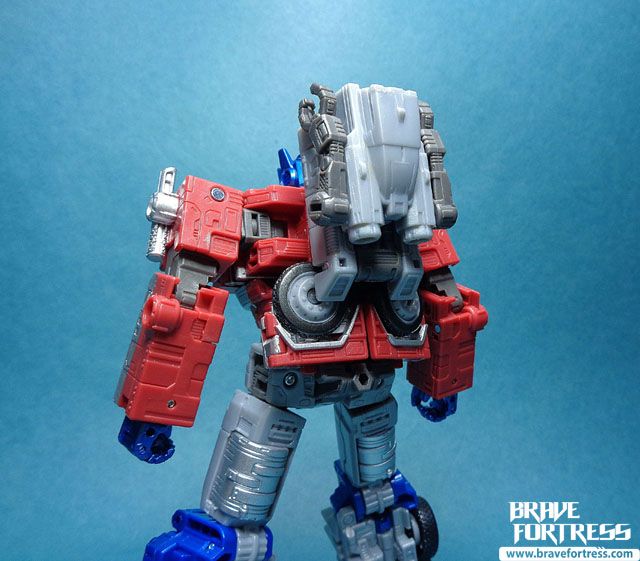 Ion Blaster can also be mounted in truck cab mode.

I’m now really curious to see what the next phase of “War for Cybertron” will be about, and if it will feature another “new” take on Optimus.