Fanstoys items usually come with an outer plastic baggie to protect the box. (Mine didn’t this time around though).

Remember to flip out his heels for better balance. 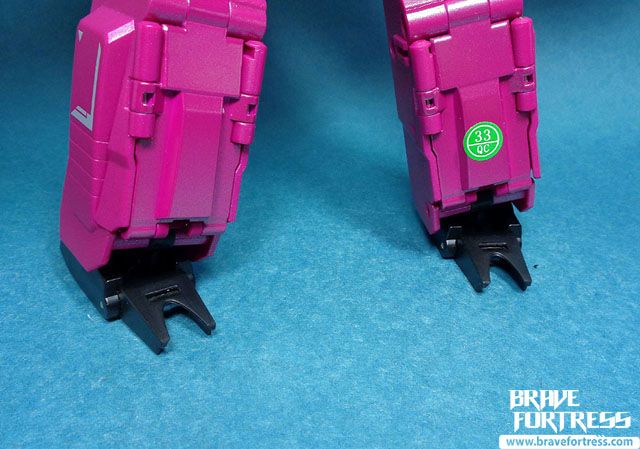 Be mindful of this chromed ring, it keeps falling off on mine, it would really suck if one were lose it while displayed.

Diecast parts include:
-Sections of the torso
-Knees
-Panels of the lower legs
-Feet

Vorath was originally the Minister of Science on Nebulos, until he, along with fellow Zarak loyalists, were removed from office. He is later binary bonded to Mindwipe, whom he is often at odds with since Mindwipe believes more in the mystical and arcane, than science.

He has a fairly decent amount of articulation. Too bad he’s not painted with much details, can’t be helped though, as the original source material comes in pretty bland as well.

The Headmaster face plate/ backpack can be removed.

As a throwback to the original toy, the tech specs read outs are included in the chest! Just manually flip out the chest plate to reveal them (they’re not automatic, unlike how it was in the G1 toys).

A cowardly Decepticon who believes in the mystical, always wishing to make contact with Decepticons who have passed on into the afterlife. He has the unique ability hypnotize and control his targets by just gazing into their optics.

Look into my optics … you are getting sleepy… you will obey my commands….

Thanks to this butterfly joint, you can move his arms forward. 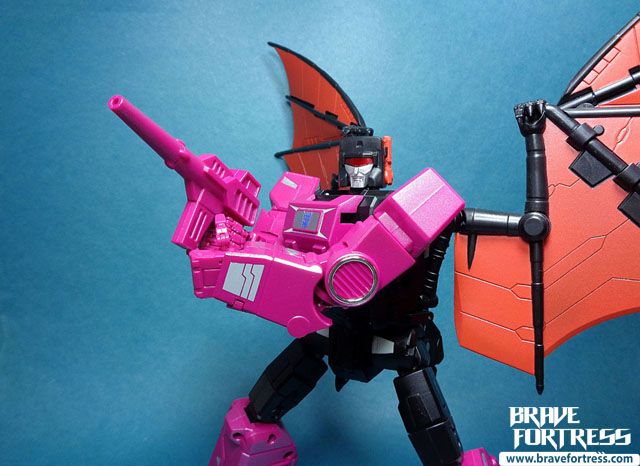 Each digit of the beast mode’s fingers is articulated. Cool!

Hehe, a little control panel is inside the c0ckpit.

To get Helsing into the pilot’s seat easier, just remove the face plate/ backpack (it’s still a tight fit).

I find it really odd the controls are like this, though I guess it kinda works if you think that he’s a bat and tends to hang upside down…?

The bat’s mouth actually has a hinge joint too, so you can pry it open.

The flight stand is a reuse of the one that came with Soar (Swoop) and Sovereign (Galvatron). It has a very tight, but non-ratcheted, hinge joint.

Same as usual, you have to plug in the connector to the crotch area of the figure.

To get the figure plugged into the stand in robot mode, due to the robot’s orientation, you will have to flip the post around (meaning the front is now the back).

Overall, a very good figure. The transformation is not too complex and I love the weight and feel of the toy. I have to say though it’s definitely not one of Fans Toys’ best-looking products, mostly because of the way the G1 character is (dully) designed, hence the slightly lower than usual demand for it. I’m hoping they’ll reissue or do a 2.0 of Lupus (Weirdwolf) later on once their Skullcruncher is released.