Hehe, in a bit to save on printing (I guess), they reused Downbeat’s manual for the transformation, adding only a bonus booklet for transforming the Targetmaster.

Bounceback is a redeco of Maketoy’s Downbeat (Masterpiece styled Jazz) and intended to be Targetmaster Stepper/ Ricochet. In the G1 lore (set in the Japanese Manga only), Stepper is a hot-headed loner, often getting into trouble while working with others, this is a strange reversal from his cool-headed “mold mate”, Jazz. He is also the best sharp shooter the Autobots have. This skill is further augmented by his Targetmaster partner Nebulon/ Nightstick.

Originally an engineer, Nebulon underwent a different type of Binary Bonding in order to save Stepper/ Ricochet’s life. 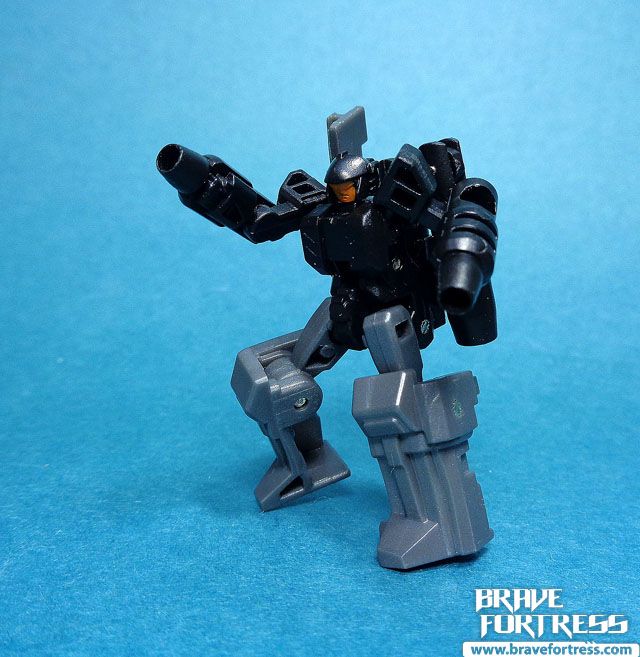 A bit of cheat here, to make the weapon mode look more imposing, you can add an attachment to make the barrel look bigger. lol… size envy?

As another throwback to the G1 toy, Maketoys included an attachment to allow the Targetmaster to be equipped on his shoulder. The connection isn’t as good as I would’ve liked though.

Funfact G1 Stepper could not hold his Targetmaster partner. It could only be equipped on his shoulders. It was only later in the reissues that the mold was fixed and they added a small peg so the Targetmaster could be slotted into Stepper’s fists.

Bounceback comes with the standard weapons that came with Downbeat, missing only the winch and speaker accessories. 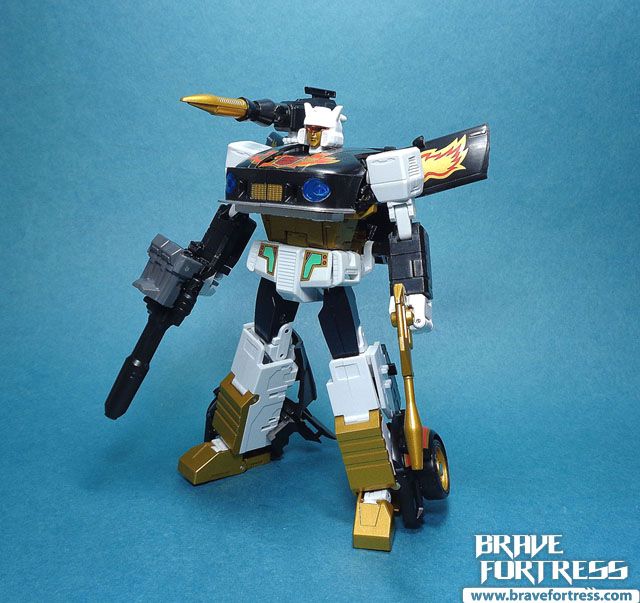 Too bad the missile does not actually fire.

Lastly, he comes with extra faceplates for added expressions. A “yelling” face and a “smart aleck, wise-cracking” face.

For some reason, the gaps on Bounceback’s chest are bigger than they are on Downbeat. They stick out like sore thumbs now. Plus I think it’s a real shame they couldn’t incorporate the blue headlights on Downbeat too, for cartoon accuracy. 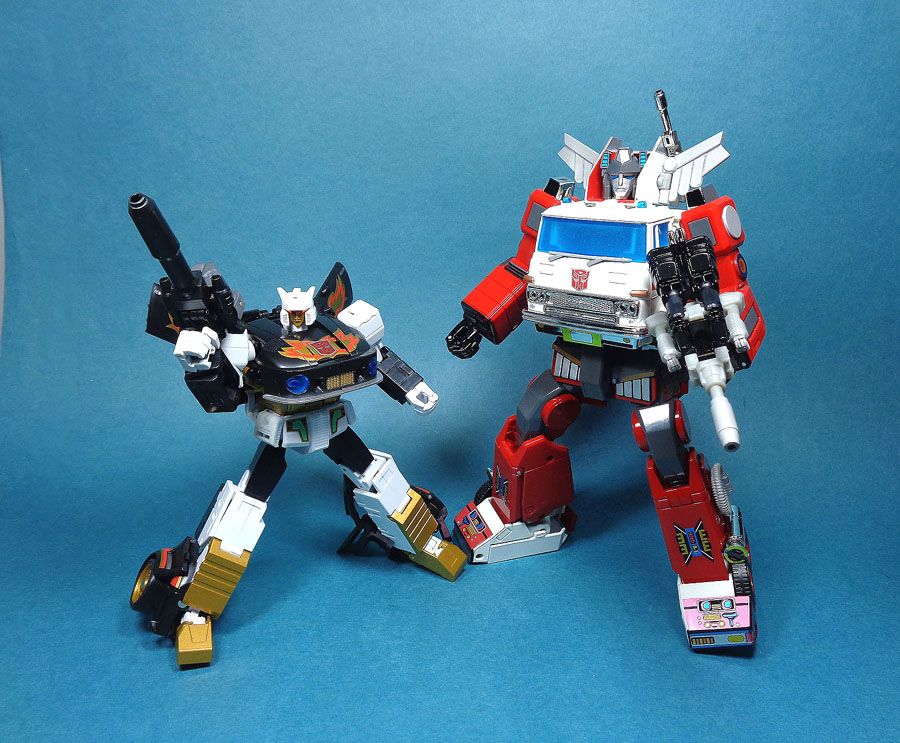 Overall, I love it! It’s not as good as Downbeat (Jazz), but it’s still one of the best third party Masterpiece figures out there. It comes with the same diecast parts as Downbeat (abdomen and thighs) so it has a lot of heft to it (199 Grams). Sadly it does not come with the winch that came with Downbeat, but it’s still all good since he has a Targetmaster figure to make up for it. Similar to Downbeat, I highly recommend this figure. Plus, the reissues of the G1 Stepper/ Ricochet were heavily clearanced back in the day, so the odds of Takara Tomy making an MP version of this guy are very, very slim.