Accessories come in a Ziploc baggie 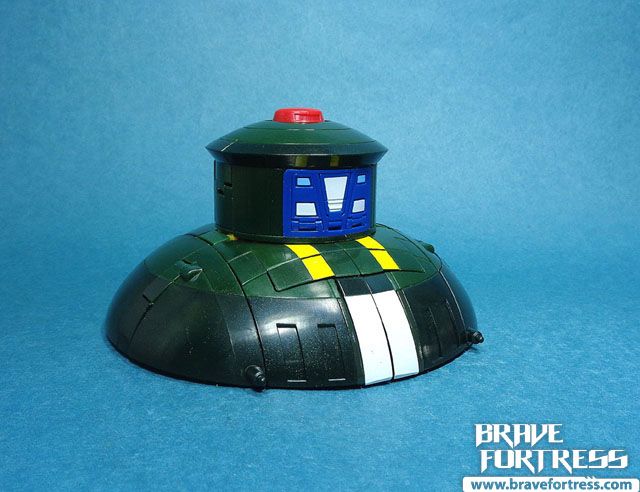 Since this is a Third Party, non-official item, it’s best to get some stickers from Reprolabels/Toyhax.com to make this guy more “toon-accurate”.

To apply, I find the best way to stick the stickers on is to use the tip of a blade, this way you have more control over the application, as compared to using just your fingers. You can also use the blade to help gently peel off a corner of the sticker in case you didn’t center it right and need to re-apply.

Cosmos’ primary function is reconnaissance and communications. As such, he spends most of his time in orbit. Often bored and lonely, he takes glee at buzzing by and scaring the daylights out of humans. Cosmos can achieve Earth orbit unaided and can even travel to the moon and back.

The set comes with a Morphobot plant, from the episode “Quest for Survival”.

You can plug in the Morphobot into one of the nozzles in the back .

His primary weapons are his particle beams on his forearms.

The set also comes with a can of Robotic Insecticide, from the same episode as noted above. This spray can only be found on Floron III, according to the cartoon.

Spray can plugs into his thumb.

Last but not least, this set comes with a display base. The base has two types of optional arms.

“Beam me up” stand

The spray can can also be plugged into the base.

You can also pose Klaatu in robot mode when using the stand.

Set comes with a screwdriver and an optional G1 toy visor you can swap out for the optics.

I prefer the default eyes for cartoon accuracy

For a minibot, Cosmos is actually larger than the rest of his sub-team.

Overall, Klaatu is pretty decent. The backpack is an eyesore and I do wish XTB did something to collapse it further. But the figure is chunky, heavy and looks great in both modes. The bonus accessories are a nice addition as well.

Other notetable Masterpiece-styled Cosmos figures from other companies include Toyworld’s Spaceracer and Ocular Max’s Omne. I went with the XTB Klaatu mainly because I didn’t like the green on the Omne and Spaceracer doesn’t quite fit the MP aesthetic for me either.