As an homage to the vintage “Jumbo Machinder” toyline from the 70’s, the Soul of Chogokin line is releasing a special weapons pack for their Dynamic Classics sub-line based on the accessories from the classic toyline.

Included in the set are:

XX-1 Rocket Punch for Mazinger Z
Mazinger Z’s deadly weapon! Both arms are injected with springs! The arms are supposedly made with diecast metal.

XX-3 Rapid-fire Six-speed Missiles for Getter 1
Set of two that can be attached to both arms. Injected three consecutive missile missiles!

XX-4 Light-speed Fracture Disk for Getter 2
Fires a disc from the trigger mechanism!

XX-6 Megaton Crane for Getter 3
You can wind up the chain and lift the megaton ball. It comes with two megaton balls of 5000t and 100000t.

Also included is the Hover Pileder, originally exclusive to the Mazinger Z vs Devilman accessory set, along with a “Jumbo Machinder” Mazinger figure that can also equip the accessories that come with this set. 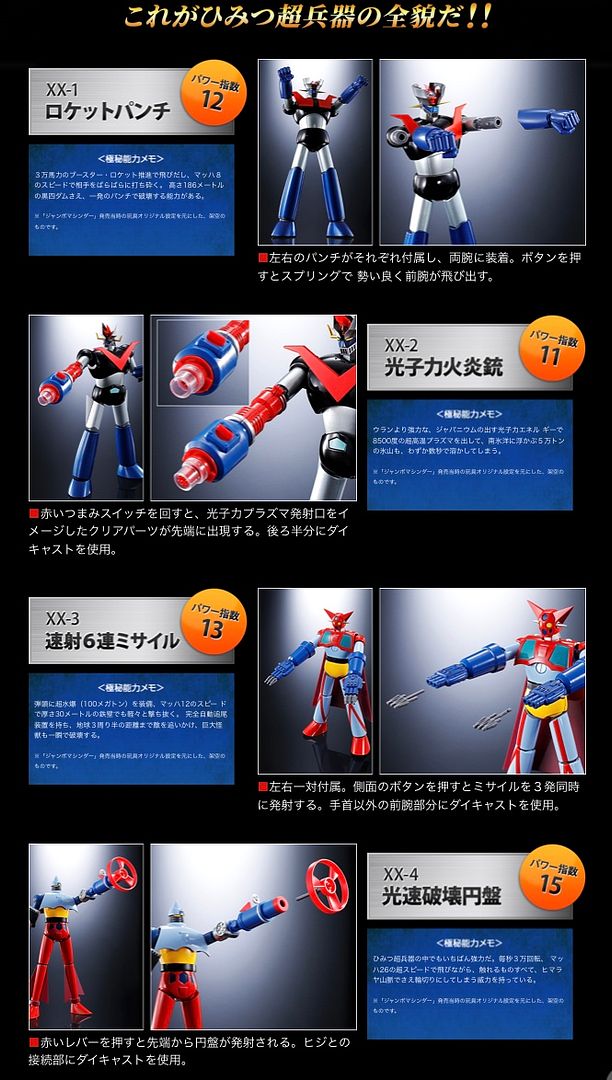