Originally limited to 500 pieces production(with serial numbering on the box) China backdoor pieces later trickled down the pipeline. “China backdoor” is the term used when the factory produces extra pieces above the set limit of the main company. The pieces are usually identical to the legit versions but do come with occasional misses in terms of quality control(in my case the chain for General Dark’s belt is missing.. oh well.. ) 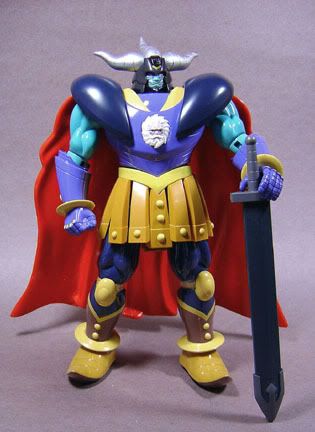 Comparison with the Mazinkaiser movie version from a while back. The TV colors version was based on the colors from the 1970’s Great Mazinger cartoon.