Essentially a repaint of the old GD-44 Zeta Gundam which was originally released in April 2002, the reissue version comes with a new matte paint finish with brighter shades of blue on the Zeta body and the Hyper Mega Launcher.

Both the Beam Rifle and Hyper Mega Launcher can be equipped in Wave Rider mode (hehe, sorry, I accidentally deleted the pic of it).

A strong word of caution when transforming Zeta back to robot mode, the hinge joint for the c0ckpit hatch tends to tear out when you’re disconnecting the shield section. As is, my Zeta is now permanently scarred. I recommend skipping inserting the c0ckpit hatch into the shield if you plan to transform the toy. 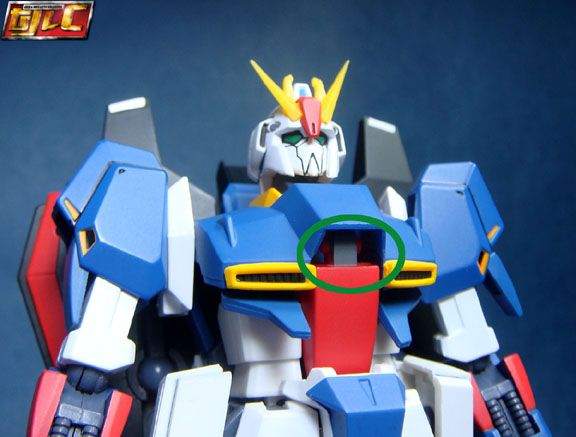 For mechanical data on the Zeta Gundam
http://www.mahq.net/mecha/gundam/z/msz-006.htm

Overall, a great figure, I love the new matte finish. The groin/hip joints have limited articulation due to the transformation design. I recommend getting this, since the scale is good enough to fit into the SOC line (the figure is in the 1/144 scale). Just don’t expect lots of diecast and watch out for the c0ckpit hinge.

I was also hoping to get the classic GD-16 Kado Senshi Diecast Rx-78 Gundam (released waaaay back in June, 1999) but the design was too simple for my tastes (I guess I’m spoiled now after seeing the GFF Metal Composite Rx-78-2 designs)