This figure is based on Azrael’s appearance in the “Batman the Adventures Continue” in the comics, which is meant to be a continuation of the Batman the Animated Series/ The New Batman Adventures. He appeared in issues 7-8.

In the arc, Jean-Paul Valley is an old training buddy of Bruce’s from their time as students under an unmentioned religious sect (The Order of St. Dumas?), he is sent to Gotham by the clerics to retrieve a stolen healing artifact. Aware of each other’s secret identity, Bruce offers to modify Azrael’s costume to resemble that of an ally so Jean-Paul can operate easier in Gotham (yeah, this explanation made me scratch my head too). 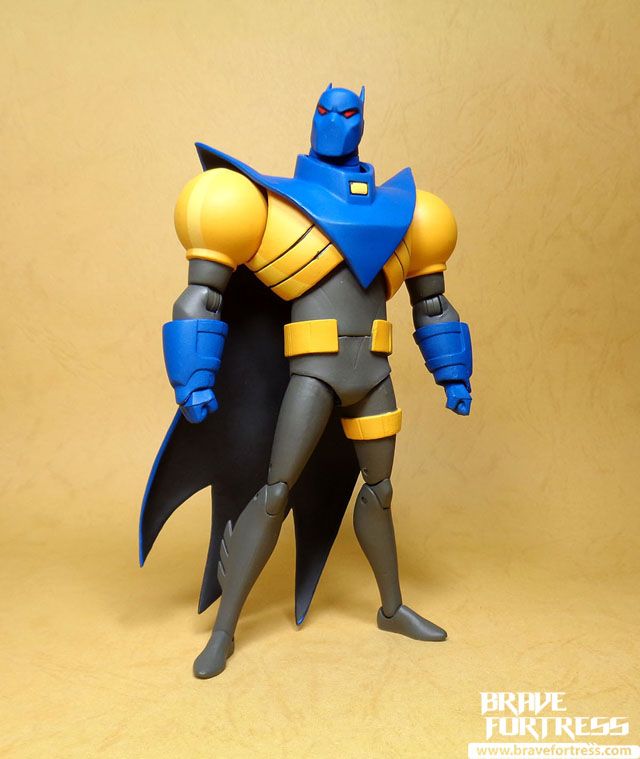 The figure is sculpted pretty decently, but I prefer Irene Matar’s work on the DC Collectibles BTAS figures better. For one, at least her figures never came with these ridiculous “baby hands”. Look how small his hands are as is. C’mon, those hands are supposed be “armored up”, so how small would Jean-Paul’s actual hands be minus the armored gloves??

You can opt to wedge the tip of the Batarang between the hand and the gauntlet, to make him seem like he’s “firing” Batarangs out from his arms, just like in the comics.

Overall, not bad, I love the blue on this guy but the proportions of his hands really do tend to throw off the figure. This is probably the only figure I will get from the “Adventures Continue” line, as I’m not really feeling the rest of the wave (Jason Todd feels too forced in this arc and doesn’t feel like he fit in with the overall continuity, Deathstroke’s blue is too bright to put next to the other figures in this line).