Soo…. 2268 units produced only? Or is that just for a batch? I wish toy companies would be more straightforward about details like this.

The cave backdrop, stickers, instructions and catalogue are packed into one big plastic baggie.

I am really happy they went with durable styrofoam for packing. This set is so darn huge, something’s bound to be broken if they used just cardboard for holding stuff in place.

The Batcave “flooring” is packed at the bottom of the box.

The flooring is pretty big, spans about 16″ or so. It spans 19″ if you measure it diagonally. I think you can place the Batmobile here (diagonally) if you had a spare Batcave set. It’s a bit on the edge but I think it’s doable.

Alternately, I’m hoping 3D printing technology becomes cheaper later on and I can “print” a copy of this deck for displaying the Batmobile next to the Batcomputer.

I love how Alfred was written to have dry British wit in the show. But I think I do prefer “The Batman”‘s Alfred a bit more (less feeble-looking).

Alfred’s accessories are packed in baggies. I wish they had a plastic tray instead.

Alfred comes with a serving tray, including cups and saucers.

To get Alfred to hold the serving tray, it should look like this.

He also comes with a dusting brush. Mine came a little bent. Really wishing they had used a plastic tray for the accessories right here.

The Batcave operates via this console, which houses 3 AA batteries. Batteries not included.

This jack plugs into the back of the Batcomputer.

The light panels all have some beveling, which is very cool and makes the screen “pop” more as compared to a simple “flat” screen display.

The chair isn’t locked down to anything so you can move it around freely. 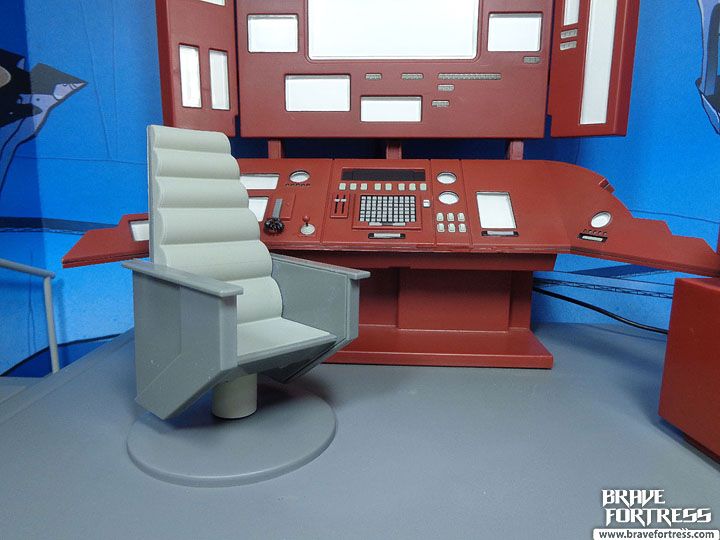 Decal sheet for the Batcomputer screens. The concept behind this is that the stickers are actually film strips and can be removed and replaced with alternate “screens”. From what I understand, the default decals are…. faulty? They either attach too well and tend to tear when you try to switch them up, or they don’t stick so well at all. So DC Collectibles rolled out replacement sheets for those who ordered the Batcave. Contact your local comic shops for this replacement sheet.

The default (defective) decal sheet is white. The replacement (superior) sheet is yellow. 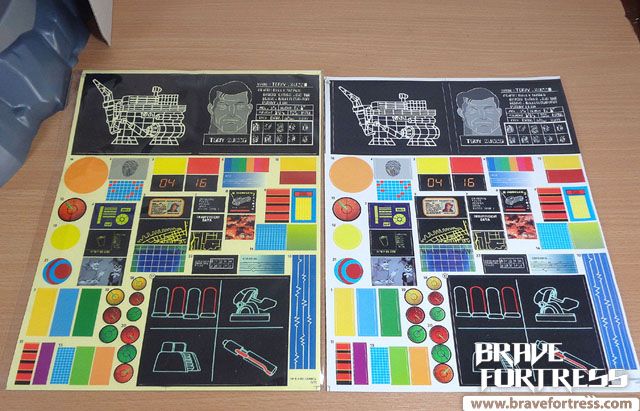 See? You won’t be able to use all the decals at once. But you can return the one you don’t like back to the sheet and grab a new one in its place. I don’t know if it will wear down over time though and lose adhesion.

Power on! LEDs light up the computer screens.

This panel is a bit skewed and does not have any proper decal to cover it. It is meant to be “blank”.

This set is beautifully done indeed.

The side console with the batteries can also be moved around the platform.

It’s really cool they included a removable telephone handset. Problem is, the cord is not really attached to it, it’s sort of just clipped in place by the handset. The cord comes off when you remove the handset from the console. So I can’t do a proper “Batman talking on the Batphone” pic.

Batman is finally ready to begin his war on crime!

For those curious, the 3 main screens on the Batcomputer are:

-Mister Freeze’s ice cannon from the episode “Heart of Ice”
-Tony Zucco, from “Robin’s Reckoning” (the guy who killed his parents)
-The tampered “water purification device” Scarecrow’s henchman was attaching to poison the Gotham water supply from the episode “Dreams in Darkness” (where Batman was admitted to Arkham Asylum as a patient).

The Dynamic Duo finally have a place to hang out!

You can also put old man Bruce Wayne and Terry Mcginnis with Ace here as well.

Heh, yeah, admittedly, I really should’ve changed some of the screens on the Batcomputer here, it makes it look like Batman’s still working on the same case for the last 50 years. Oh well…

This set is so awesome! I love it. It really is a shame we don’t see too many of these playsets anymore (looks over at Marvel Legends, shakes head). A big thank you to DC Collectibles for making this happen. The only thing that could possibly top this is if they make Wayne Manor, or the Justice League Watchtower Monitor Womb, but I guess those will never happen.