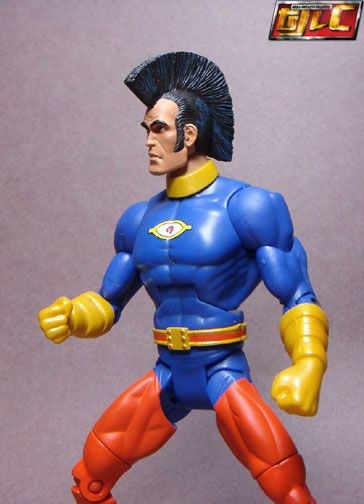 Jemm is taller than the average DCUC figure.

Personally I would’ve preferred the more contemporary look (with boots and belt) rather than the classic look.

Probably the most requested DCUC figure in a while, I’m happy to see he finally made it into the line. 🙂

J’onn is shares a connection with Jemm, as he helped the Son of Saturn.

Finally! The JLA main 7 is complete!

When Ted retired, his son Jack took up the mantle of Starman, it’s too bad they didn’t give Jack his own bio card, instead he shares the same card as his father. They also share the same CNC part.

Batman wearing the Sinestro Corps colors only appeared in a few Panels in the comics, Batman fought off the ring trying to attach to his finger.

Wave 15’s CNC figure Valdius (from the Fearsome Five, enemies of the Legion of Superheroes)