Peter Venkman provides the quips and is the business-minded side of the Ghostbusters. Quick-witted and street smart, he usually makes the right call as the leader of the team in tough situations.

The ghost trap can be equipped onto the pack, sadly, the “cord” for the trap is a bit tricky to loop around the intended hook, sigh…

The set also comes with gloved hands for Peter, though the GB wore gloves only occasionally. 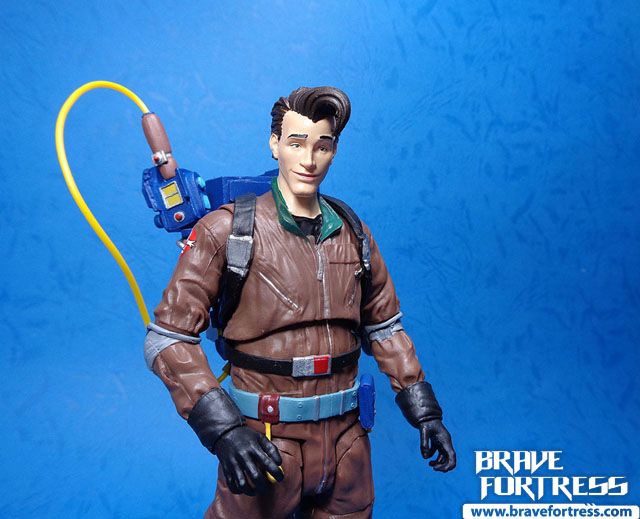 As a homage to the vintage Kenner toyline, Diamond Select decided to color the proton streams in the same manner as how it was back then. Unlike the movie figures and in the TV series which all had just one color, the Kenner toyline gave each character a unique color for his proton stream. Peter comes with a green proton stream. 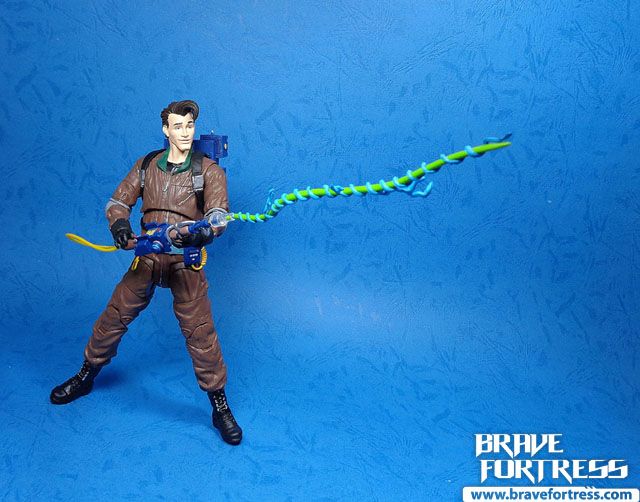 Sigh unfortunately, the proton stream on my unit came in already half broken, it just fell off during the photo shoot. I don’t recall Diamond Select Marvel figures having this bad a level of quality control.