The second product released under Evolution Toys (formerly CM’s Corp?) Dynamite Action line, Robot Junior was Shiro Kabuto’s (Koji’s younger brother) machine which appeared in 2-3 episodes in the Great Mazinger TV series (starting episode 25). It would often be a companion unit for Boss Borot. Oddly, it did not appear in the final battle in the series (for some reason, the Mazinger Wiki got this info wrong).

Unlike the resin cast Mazinger villain figures, Robot Junior is made from plastic. It also features a ratchet joint system for its shoulders.

In the series, Shiro pilots the Jet Cap to dock with Robot Junior, a la Koji’s Hover Pileder and Mazinger Z. You can take off the default cap on the figure.

To recreate the docking sequence, an alternate helmet piece is included with the set to cover up the exposed head.

Unlike Boss Borot, the Robot Junior actually features built-in weaponry. Such as the “Junior Missiles” fired from its forearm arrays. 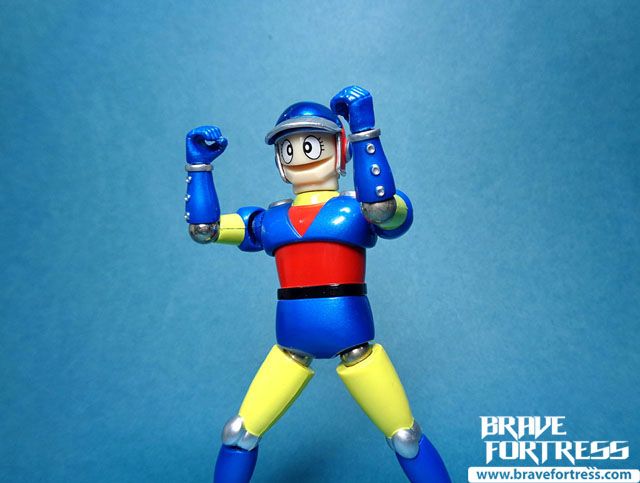 Its primary weapon are its “Iron Batter” bats which pop out from its shoulders. For the toy, you can simply plug in the bat accessories.

To help “complete the look” a small plastic rock is included as a projectile for Robot Junior to smack into its enemies. 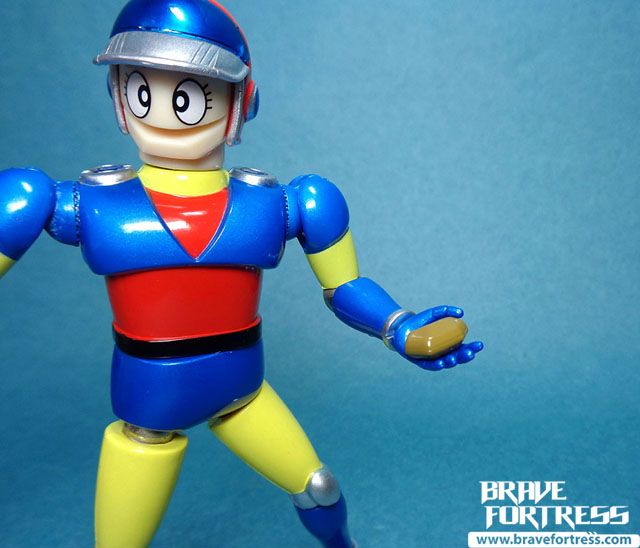 Overall, I’m pretty happy with this purchase. Released way back in 2016, I regretted passing on it then, as no other company has released a modern-day figure for Robot Junior and this guy became hard to find (international prices already peg it at 3 to 4 times the price). Scale-wise, this one fits in pretty well with the Soul of Chogokin line Mazinger family figures and it finally completes the hero team. Too bad I didn’t have time to break out Koji and the gang for a group shot though. Perhaps later on.