The 2021 reissue version comes with new markings on the back of the box.

As the figure is an older FT design, the toy doesn’t have an ab crunch worked in, but it does have a waist swivel.

Fans Toys made some changes to this figure from the previous 2015 release, starting with the box (2021 printed on the back), the manual (smaller, with added transformation step images), the character card (2021 date) and the figure has new modified molding, which comes into play during the transformation of the shoulders (the little small tab that needs to come free to rotate the arm assembly). The Energon cubes are also lighter in shade compared to the original release.

An expert at psychological warfare, Bombshell loves to play mind games, figuratively and literally! He is able to hijack the minds of his targets (both robot and human) thanks to his “Cerebro-shells”, taking control of them and making them do his bidding like mindless drones. He takes great pleasure in having his victims humiliate themselves, even using them to attack their allies.

He comes with three Energon cubes.

He also comes with his “Twin Ion Impulse Blaster” 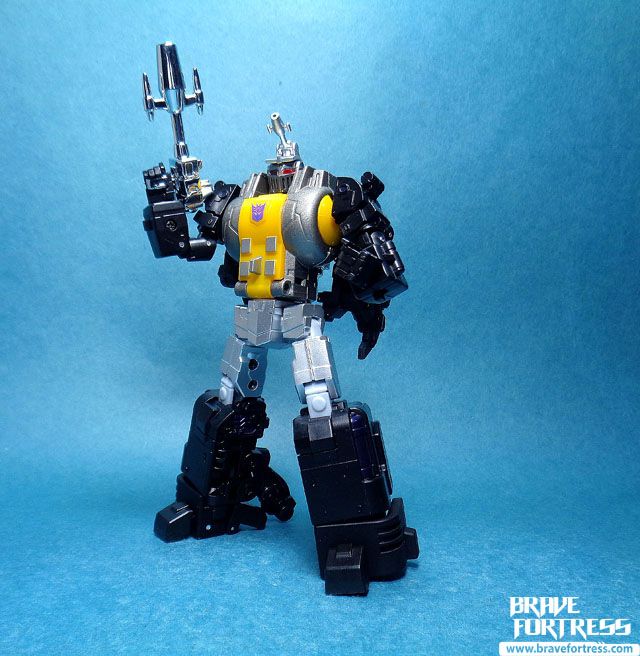 Aside from firing “Cerebro-shells”, his head-mounted mortar can also fire explosive rounds at his opponents.

Fans Toys released two versions of this mold, a purple chest and a gray chest. The gray version is cartoon accurate for his robot mode, while the violet-chested version (FT-12T version) is more focused on accuracy for his insect mode, the violet chest is also G1-toy accurate.

Unlike the other FT Insecticons, Grenadier does not have a spot to place his weapon on in his insect mode.

The set comes with optional “cartoon accurate” legs but it requires some work to replace them. They also will stand out more in robot mode’s back thanks to the lack of articulation on and bigger size of the alternate legs. 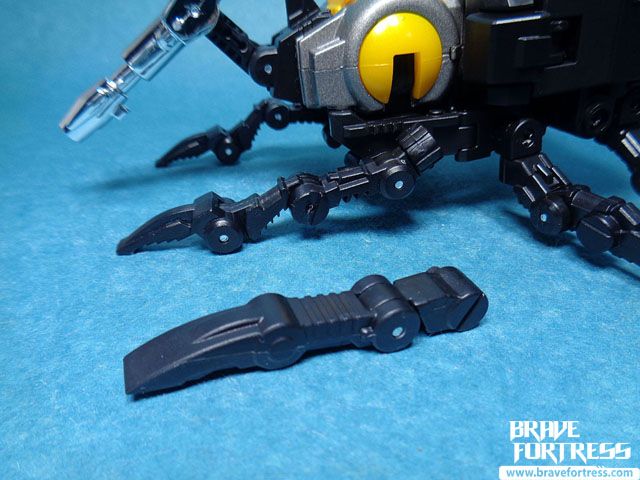 Heh, thanks for rolling out problem-free figure, QC 32.

Since each figure comes with 3 Energon cubes, you can pool them together for a total of 9 cubes.

Originally, the Insecticons were the only bad guys back in the old Diaclone days, called the “Waruder”, while the rest of the toyline (Autobots and Decepticons alike) were the good guys.

Overall, I am super happy Fans Toys finally decided to reissue their Insecticons, the after market prices have been becoming too crazy (1000 USD for the trio??). Though strangely, the gray-chested Grenadier reissue costs 100 USD more than the violet one this time around? They were originally the same price back in the day. I wonder if this is something Fans Toys decided on, or if it’s something their distributors/ resellers took advantage of?

The toy feels solid thanks to all the diecast. It’s heavy, the joints are tight and it looks really good, but the caveat is that there’s a lot of insect leg back kibble in the robot mode. Bad cube did a better job by hiding the insect legs into the robot’s torso.

Speaking of comparisons to the Badcube version, this thing is slightly bigger, definitely heavier and has more shelf presence. But I will say Badcube did a better job with the transformation, incorporating a “fix” for the changing chest color of this character by having faux chest pieces worked into the engineering for their insect mode. That said, I will probably use the BC version as my insect mode and put the FT version for my robot mode when I one day have a proper display up for these.