Without the missile gear, the figure reminds me of Cobra Commander’s “prison suit” from the first part of Gi Joe Retaliation.

Not bad but I find the forearm accessories a pain to attach (keeps coming apart), plus the yellow paint on the handles just come off with the figure’s hands right out of the packaging.

Thankfully there’s a support stand for the Data Viper, I think I would’ve preferred having 2 stands instead of the radar dish on the right slot. 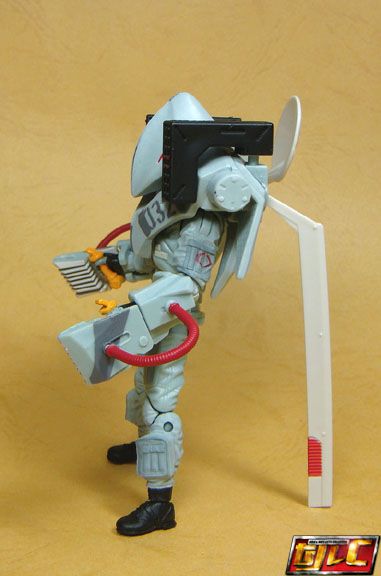 A simple repaint with an additional Cobra logo based on the drone that comes with Ultimate Duke.

I’m not really sure how I feel about this guy, since he seems so plain without his gear, but seems cumbersome with it, especially when I plan to toss him into a huge Cobra army formation.

Army builing 10 of these seems excessive at the moment, maybe later if funds permit I might grab more but right now, I’ve decided to just build a squad of 3, as part of the “elite” Cobra Squads I’ve been limiting myself to thanks to the JOECON exclusive troopers set up. (FRAG Vipers x3, SAW Vipers x3, Annihilators x3)

The likeness of Channing Tatum is spot on!

“Ultimate” Duke comes with so many weapons, it’s insane!

I don’t know why there’s a “backpack” peg for the drone though. Seems awkward.

Guns from the drone can also be equipped on Duke.

If you’re a fan of Channing Tatum, try to watch out for his cameo in “This is the End” starring Seth Rogen and James Franco, I laughed so hard at his “scene”. Sick

Ahhh… we finally get a proper, “movie-accurate” representation of the Retaliation Cobra Troopers.

It can even be hand-held.

Helmet-less, the Combat ninja is made to look like a regular ninja, but it’s strange since in no part of the movie did we ever see these guys fight with swords. 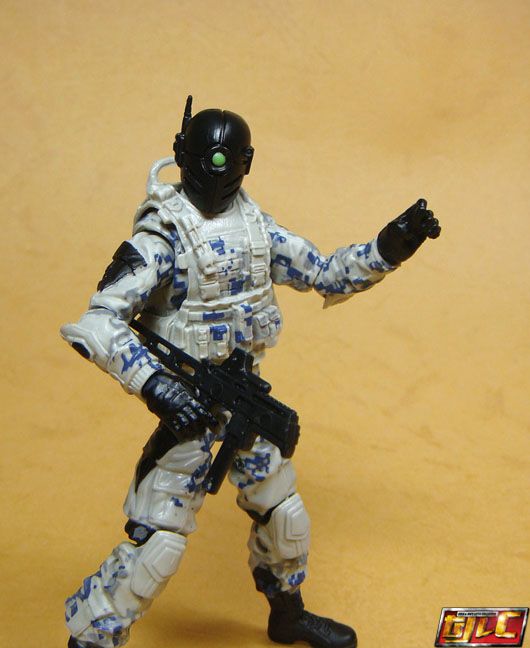 Comes with alternate helmet, really reminds me of Grey Fox’s headgear from the Metal Gear Solid.

I dunno, but for me this is the best darn accessory of the set!

I love the sword, makes the CG look regal and more on par with the Iron Grenadiers.

He also comes with a small knife and updated sidearm (no more 6-shot revolvers! Lol. 🙂

Love the new interpretation of the old CG rifle, complete with “bayonet”.

The vest is removable.

The torso is exactly the same as the original 25th Anniversary version, but the legs and arms are an improvement, I just wish they painted the faceplate grey though.

Since I’ve already got more than 30 of the original Crimson Guards, this one seemed… superfluous, so I just decided to go get only two, to serve as Cobra Commander’s elite bodyguards. I think it works nicely.

Nice. Hasbro started including stands again, generic sure, but still beats nothing.

For whatever reason, Hasbro dropped the original, much cooler-looking head sculpt in favor of this sad face.

I can’t really say he fits in with the Joes, but he certainly is an improvement from the original Ninja Force design of the character. Great tooling here. 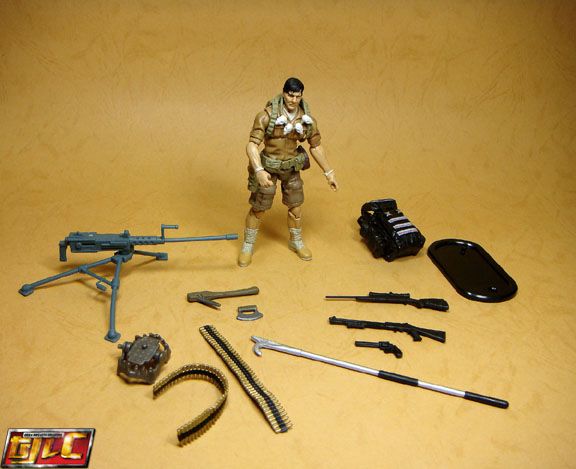 Kwinn is one of those fan favorite characters. He appeared early in the G.i. Joe comics by Marvel back in the day, he eventually died though, but he was a real badass in the comics.

Thanks to some well placed wrist joints, Kwinn can even do this pose.

Talk about loaded for bear!

Hands down, the best Cobra Commander ever!

Knife can be stored in the sheath.

I’m not sure if the propeller is a one-time assembly thing, so I just opted not to push the peg all the way.

Ridiculous amount of gear! I must say they make up for the increased SRP. 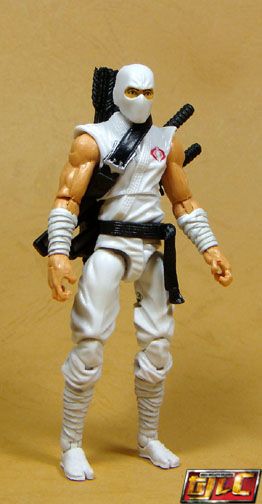 I was surprised the set even comes with an extra head based off the likeness of actor Lee-Byung-Hun.

Unfortunately, the bangs highlights and usual paint apps in the eyes just kind of spoil it IMHO.

Climbing spikes (?) and poison darts (be careful not to loose that single dart!)

Storm Shadow comes with a jetpack, but it seems kinda awkward to use. It just spins him around. Still, it beats those lame oversized rocket launchers from the movie lines. 🙂

Hands down, the best darn Storm Shadow ever! I’m still on the fence about opening Snake Eyes as I’ve heard that the City Strike Snake Eyes is still the superior one? I personally prefer the Snake Eyes from the “Pyramid of Darkness” set since the purple color is the accurate look in the old 80’s Sunbow cartoons.