Duke comes in “cartoon inspired” colors this time around. I love it!! I always hated the boring, non-cartoon accurate shade of yellow of the original figure.

Aside from his rifle, he only comes with his helmet on the card (the rest of his classic gear is in the foot locker).

He comes with a rifle that’s very reminiscent of the one he used in the second cartoon series intro.

Same as before, additional weapons and accessories are included with the set’s little box/ footlocker at the bottom of the package. They really packed in a LOT of goodies this time around. 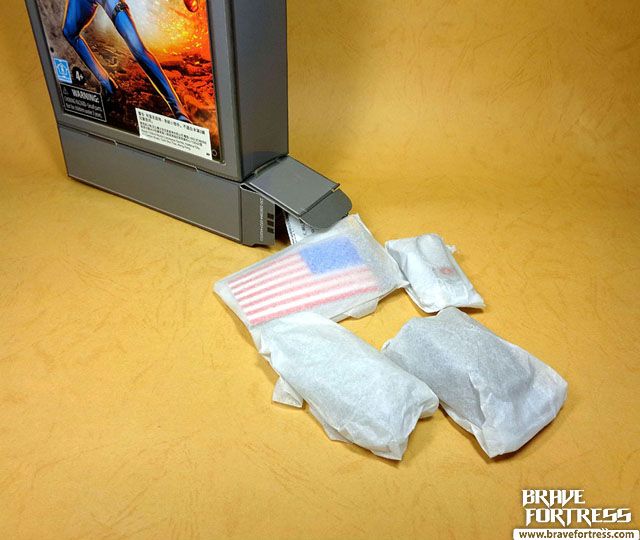 Jetpack and display base for Duke

The third retro carded 3.75 set released in the line following Snake Eyes/ Storm Shadow and the Cobra Trooper/ Officer. I’ve always wanted to get the classic 3.75” O-ring figures on card and these, while not 100% reissues of the original, these are good enough to satisfy that itch. I love the new, richer cartoon-accurate colors they used on these to differentiate them from the originals. I really hope Hasbro continues this series until we get all of the classic Sunbow era figures.