While the Nu Gundam usually sports a lot of weaponry (Beam Rifle, Hyper Bazooka) , the Gundam Universe figure only comes with a Beam Saber for it, plus one Fin Funnel. Sadly, it doesn’t even come with its shield.

Thankfully, the Funnel sports articulation, so it can be folded into it’s “u-shaped” attack mode.

The Fin Funnel operates using a magnetic field generated between the two generator arms, which accelerates mega particles. Each Funnel is capable of firing off seven shots per charge. The Funnel system can also generate a beam barrier around the Nu Gundam. Sadly, this set does NOT include a display base for the Funnel, you’ll have to provide your own for it. I’m using a third party display base in the photo. 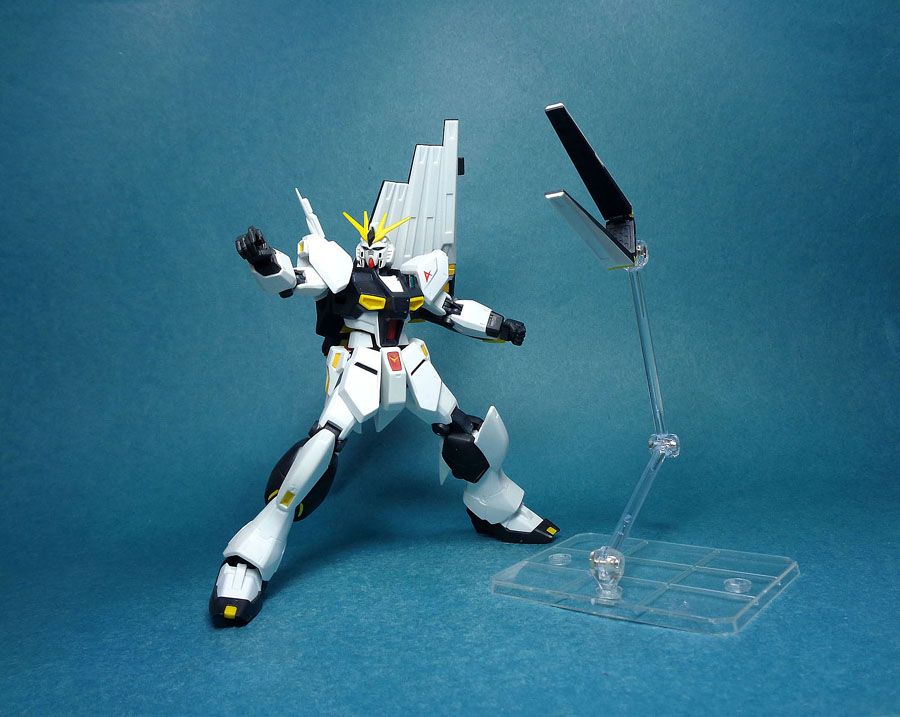 You can remove the whole backpack and leave just the one Fin Funnel, to make it seem like Amuro launched them. 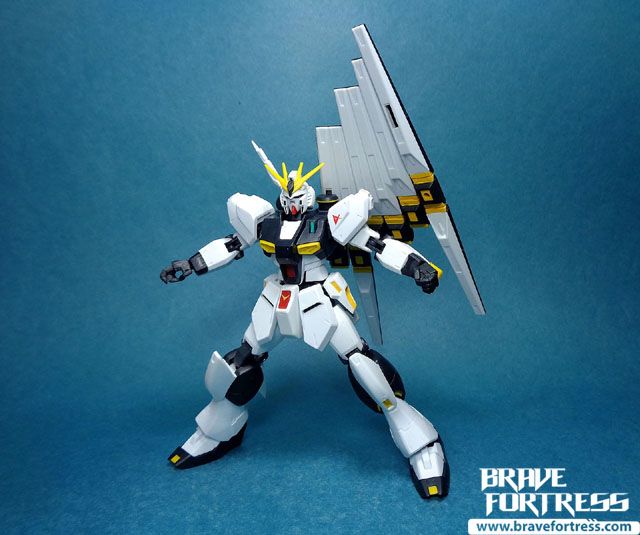 Overall, while this thing does have very limited accessories, I can’t really complain, as the price point is very affordable and the target demographic is mainly for kids, so more (or less) accessories wouldn’t matter to them I think. I decided to grab this since I love the Nu Gundam design ever since I first saw it back in high school and this figure seemed like a decent representation of it.