When the Frank Castle (the Punisher) of Earth-TRN666 dies in battle fighting Thanos, he makes a deal with Mephisto to become the new Ghost Rider to return to Earth for revenge. Later, he makes another deal with Galactus to become his herald and gain the power cosmic to travel to space to find and kill Thanos. His adventures spanning centuries. Cosmic GR is then later displaced into the Prime Earth-616 of the Marvel Universe thanks to an intervention from Odin.

As the Cosmic Ghost Rider, Frank gains access to the Rider’s powers, including the powerful Penance Stare, which makes the target feel the pain of all those they’ve hurt. Previously, this power had a limitation for other Ghost Riders, it does not work if the target does not feel remorse for his deeds, but the Cosmic Ghost Rider does not have this limitation and his “Cosmic Penance Stare” can affect even those who do not have remorse!

He also has his unbreakable hellfire chain, which is made from the bones of his world’s Cyttorak entity, who was killed by Thanos. Frank can mentally wield the chains, even defy physics and making them “stretch”.

Frank’s glass dome can be removed so you can change the direction of his head.

The effects parts in the front “wheel” are supposed to look like this: 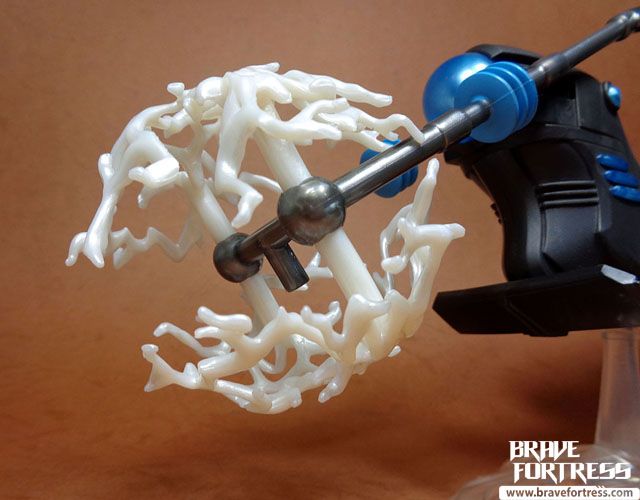 Not too crazy about this line where the halves meet, but I guess it is what it is.

Clear base for the bike, to make it seem like it’s “hovering”.

Holsters for holding his guns. 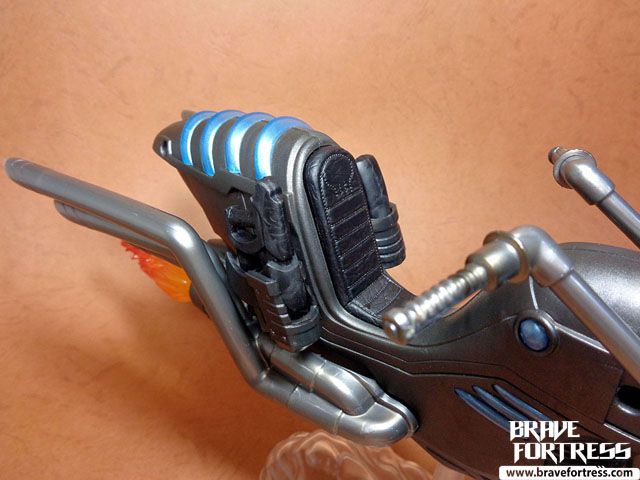 Cosmic Ghost Rider has the ability to imbue the bullets from his guns with hellfire and even cosmic energy. Making them powerful enough to kill even Uatu the Watcher.

The bike doesn’t have steering, so the direction is always facing the front.

The flame effects on the bike can be removed.

For those curious, the bike spans roughly 13.5 inches on a shelf.

While the Rider on the bike is roughly 7 inches in height sitting down.

Overall, a very good set. I was initially going to skip this since I wasn’t following the comic and it seemed like another “alternate universe” throwaway character pumped into the main line, but upon seeing the actual toy, I gave in and picked it up. It’s actually nicer than the other Riders by comparison (Wolverine and Black Widow) and offers a lot in terms of visual appearance and size (easily the biggest bike in the series), not to mention uniqueness of the mold. I’m actually considering picking up a spare to customize for the CNC Lobo figure from the Mattel DC Multiverse line. 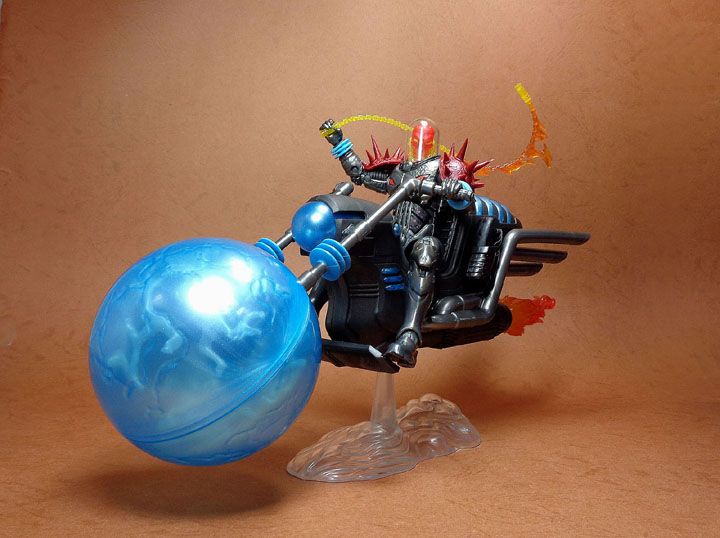