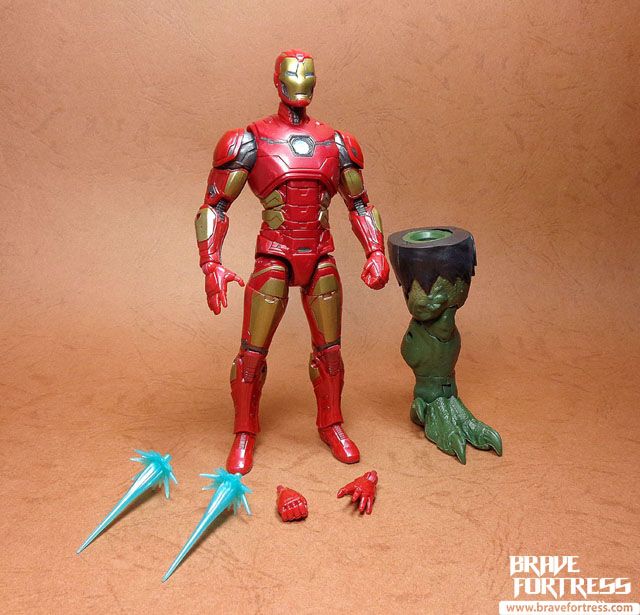 Based on old Iron Man’s appearance in the Square Enix “Marvel’s Avengers” video game. The armor in the game features the usual Iron Man attributes (flight and Repulsors).

I can’t say I’m a fan of the really small head though. Seems a bit off.

Articulation on the toy is limited due to the shoulder pads having very little space for movement. 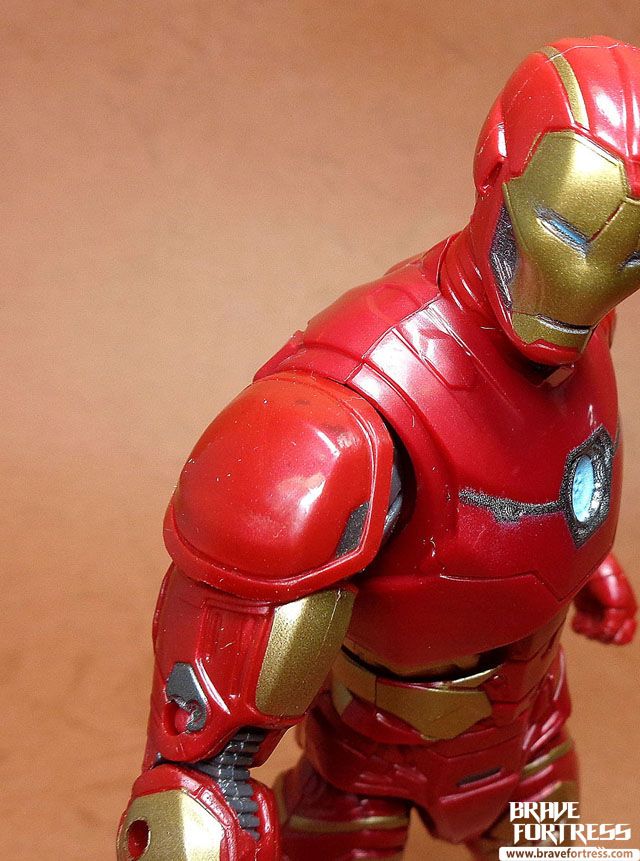 His elbows, while double-jointed, cannot do a “straight-arm” pose, due to the design of the arm. Odd…

The figure comes with the usual Marvel Legends Repulsor effects.

Kamala Khan is a Pakistani hailing from New Jersey and is exposed to Terrigen Mists which causes her to develop super powers, including elasticity and shapeshifting. In the “Marvel’s Avengers” video game, she discovers a secret and tries to bring the Avengers back after they disbanded to investigate and save the day.

Lol…. terrible quality control. Her mask is painted on her nose? I didn’t notice this until after I opened the package. Sigh..

Some nice detail paint on the ends of her scarf.

This figure is actually a reissue of the one from the Sandman BAF wave, but with new boots and slightly muted colors.

The old Sandman wave Ms. Marvel. I think I still prefer this version, mainly due to the brighter colors.

She also comes with the same accessories (enlarged “stretched” hands) as before.

Kamala actually got her codename bequeathed to her by the original Ms. Marvel, Carol Danvers. Kamala is the Marvel Universe’ first Muslim superhero to get her own dedicated comic series.

Being a teenager, I guess it’s OK for the figure to be this short next to the other guys?

Mar-vell was originally a trained agent of the Kree empire sent to Earth. Assuming the identity of a deceased scientist, Walter Lawson, he begins studying Earth to see if it is a threat to the Kree Empire. He begins to fall in love with the planet and later adopts the super hero identity Captain Marvel.

As one hailing from the Kree empire, Mar-vell has enhanced strength, durability and speed.

He also has the ability of flying at faster-than-light speeds.

Sadly, this hero would ultimately meet his end from terminal cancer, after being exposed to a nerve gas called “Compound 13” while on a mission with Spider-man. His son, Genis-vell, would later on carry the name and legacy, followed by several others.

Abner Jenkins, the tech-based Spider-man supervillain known as the Beetle, was one of the villains who joined with Helmut Zemo to don fake superhero identities and gain access to the technology of the Fantastic Four and Avengers following the events of the Onslaught saga. Jenkins adopted the new codename “Mach-I”.

Aside from improved flight, his Mach-I through IV armors also have various improved weapons from his old Beetle costumes. The suit also greatly improves his strength and durability.

After having a taste of being a hero loved by the public, Jenkins decided to go legit and serve his prison time for his past crimes as the Beetle and eventually becomes a full-fledged hero along with other reformed villains.

Elvin Haliday is a 13-year old boy who was exposed to toxic radioactive waste, which caused him to grow into an adult in a matter of weeks. The change also gave him superhuman strength, speed and durability.

Another one of Rage’s abilities is he becomes stronger every time he is hit with applied force.

Despite his actual young age, Rage is a decent street fighter and gains skills thanks to training from Captain America and Night Thrasher. 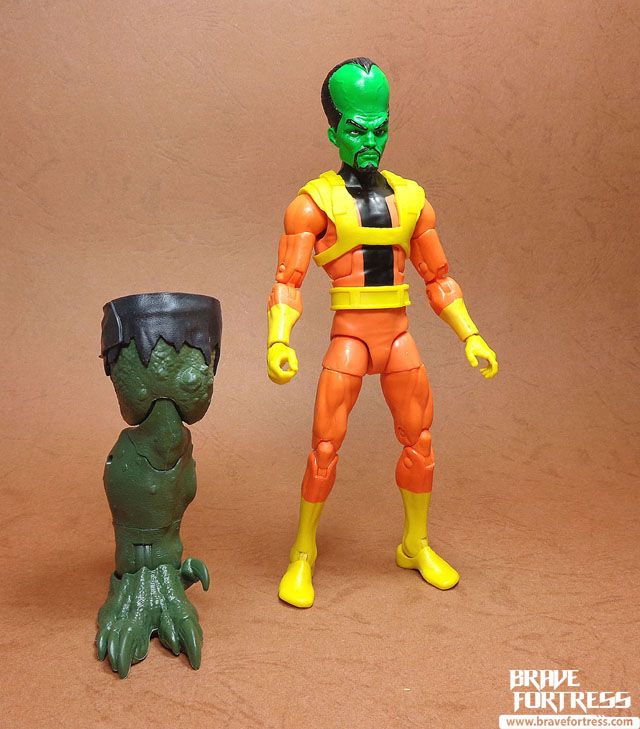 Samuel Sterns was once a simple janitor who was exposed to radioactive materials and gamma radiation, giving him genius-level intellect.

Since the Leader’s mutation has no physical advantages in terms of strength, he relies on his creations, the near-indestructible plastic-skinned Humanoids, to take on brutes like the Hulk.

As the criminal mastermind, the Leader, Sterns has an obsessive desire to destroy the Hulk, with his own arrogance and ego often resulting in his own defeat.

More recently, he has unlocked latent telekinetic and telepathic abilities, being capable of controlling whoever he touches and even mind-wiping several people at once.

Based on the Abomination’s appearance in the Square Enix “Marvel’s Avengers” 2020 video game. Abomination is one of the game’s early (and late-game) bosses.

Emil Blonsky was a former Special Forces operative who was mutated by A.I.M. scientists in an attempt to replicate the Hulk’s powers.

Hmm… can’t say I like how they designed his look. Seems like Doomsday from the Superman: Man of Steel movie.

In the game, you battle this guy as the Hulk in one of the early chapters of the game.

While mutated, the Abomination still retains his cognitive abilities (unlike the Hulk), Blonsky is capable of issuing orders to his men even when he is in this form.

The not-so-complete wave. I decided to skip Gameverse Captain America for this set since I’ve already got too many Caps in the ML line and he doesn’t come with a Build a Figure piece. Plus I’m not a fan of the game.