When I first heard the plot about Ragnarok being about Planet Hulk, I was seriously worried that it might be the worst Marvel movie yet. After watching the movie, I gotta say I enjoyed it a lot, more than Spider-man Homecoming actually. Kudos to the cast and crew for making such a terrific adventure for Thor.

The figure almost perfectly captures’ Chris Helmsworth’s look in the movie. Way to go Hasbro. Sadly, the helmet’s “wings” don’t flip back like they do in the movie.

Thor comes with 2 swords. The swords cannot be sheathed on his back like in the movie though.

Thor’s leg armor and cape can be removed.

The god of mischief is back. From what I recall, Loki was supposed to be a one time deal, he was supposed to be introduced in Thor, then in Avengers and that was it. I’m glad the producers made him stick around throughout the Thor trilogy, I don’t it would be the same without him.

The face sculpt isn’t quite spot on for me, but it’s a huge improvement compared to the previous Loki that came with the Avengers movie wave.

It’s a shame Loki doesn’t come with any accessories. Plus the “skirt” design of his costume gets in the way of leg articulation.

Hela’s VERY well sculpted. I am super impressed at how good this figure looks. I was half expecting a repaint of the one that came with the SDCC Vishanti book, but no, this figure is done from scratch. Well done, Hasbro!

Be careful with the headdress. The thing’s basically a jigsaw puzzle to put together if it ever comes apart. Pray that yours wont.

I think it’s really cool they went and gave us a “non-helmeted” look for Hela in the movie, the figure captures Cate Blanchett’s likeness almost perfectly.

After the events of the Original Sin storyline, Nick Fury whispers a secret to Thor, causing him to lose the ability to lift his hammer, Mjolnir. The Hammer passed to Jane Foster, who becomes the new female Thor.

The Jane Thor has an ability that Thor never had, which is the ability to control Mjolnir’s trajectory in mid-throw. Though it is never explained how exactly.

In a surprise twist in the comics, the chemotherapy that Jane Foster was undergoing to treat her cancer is removed whenever she transforms into Thor, this results in her cancer becoming worse with every transformation.

In one of the old What if’s, Jane Foster was the one who found Thor’s hammer instead of Donald Blake. At the end of the story she gives the hammer to Blake and decides to stay on Asgard and marry Odin.

Based on the Thor comic adventures about a young Thor who had not yet earned Mjolnir, this version of Thor instead used the enchanted axe Jarnbjorn. 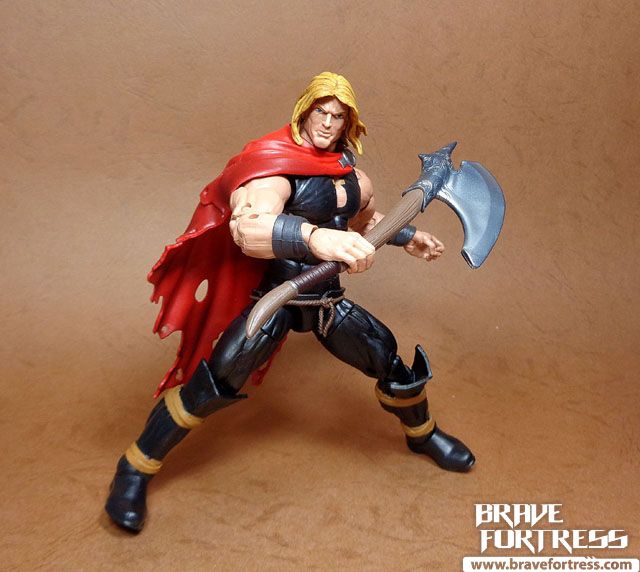 Double the Thor, double the fun?

Originally released way back in the early days of Hasbro running the Marvel Legends show, Ares back then was a Build a Figure for a Walmart exclusive wave. The new version is more or less a reissue with better paints except for the face. 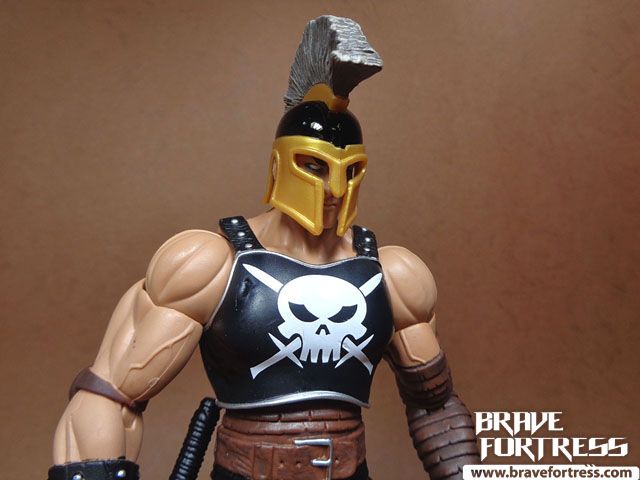 I can’t remember if the older Ares figure had this dent in his armor. Sure looks intentional.

The worst part of this reissue is they painted his face black. Seriously?? Why?? A lot of folks need this figure and they had to go paint him crappy. Sigh..

This is the older Ares figure from back in the day.

With the helmet on, the figure looks very good since you can’t really make out the “black face”.

Ares still comes with his knife.

A new accessory for Ares is the huge axe. Nice.

The Hulk VS Thor fight scene in the movie was well done. It gave us a good look at what would happen should the 2 heroes fight it out. Kudos to Taika Waititi for delivering a very enjoyable film.

A new head sculpt for Hulk I believe.

To attach the shoulder plate, just remove and reattach the strap into the hole.

Interestingly, Hulk’s sandals can be removed. They’re not sculpted onto the feet. I figure we’ll be seeing a new, more classical Hulk figure down the road.

Hulk’s weapons are big and HEAVY! They’re so big, Hulk has trouble gripping them by the handles. A bit of miscalculation by the design team?