The bike is actually the same bike as Ghost Rider’s, minus the flame effects and front shield. Clever retooling here, Hasbro. 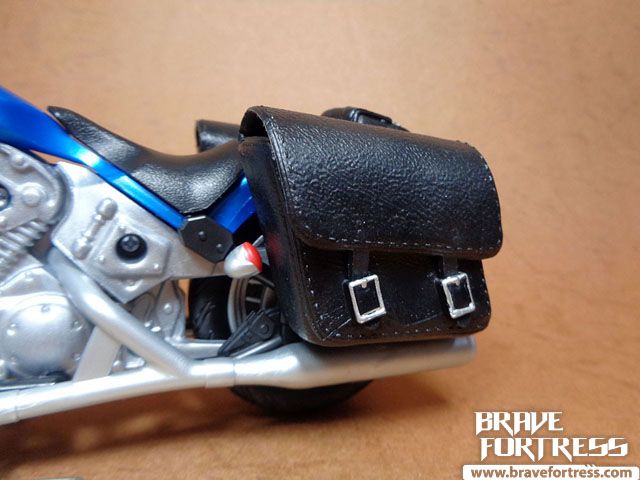 The saddlebags can actually be opened up. The downside is that, whatever material they used, oof.. it smells bad, like burned rubber. I dread to imagine how this set is going to reek after being stored a few years.

We finally get Wolverine in his “casual” get up, the claws on his fists are removable. I am not really a fan of how the face sculpt was done. He looks more like he’s squinting than actually pulling off an “angry” face. He reminds me of Mister Magoo really.

The set comes with a “Patch” head.

For the unfamiliar, back in the day, Marvel decided spin off Wolverine in his own series, tossed him into Madripoor and gave him an alter-ego. Except, instead of glasses, they gave him an eye patch, to “conceal” his secret identity. If you thought Clark Kent wearing glasses was an obvious disguise, then get ready to be blown away with Patch’s version of subterfuge.

Patch usually wears a white tux, too bad Hasbro has yet to roll out a figure in a tux so we can properly put this head to good use.