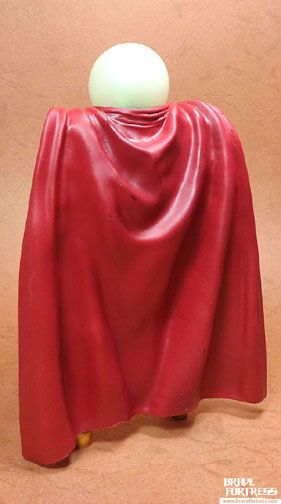 Quentin Beck, a former Hollywood special effects technician, decides to use his tech skills to create illusions through “smoke and mirrors” to pull off robberies and heists.

The figure is a redeco of the Mysterio figure that came with the Lizard wave. The colors here are based on the Animated series look (yellow gauntlets and boots).

Aside from his skills in special effects, Beck is also a master hypnotist and skilled in chemistry and robotics.

His “fishbowl” is actually made of “one-way” plexiglass.

You can take off the fishbowl (and cape), revealing a “clear” Quentin Beck head. It’s actually a reused unmasked Multiple Man head.

The set comes with “mist effects” parts. In the comics, Mysterio’s costume can release smoke with various effects, ranging from regular smoke, to smoke that can have hypnogenic properties that can leave his targets open to suggestion and even hallucinate when inhaled, to even smoke that can eat through Spider-man’s webbing. 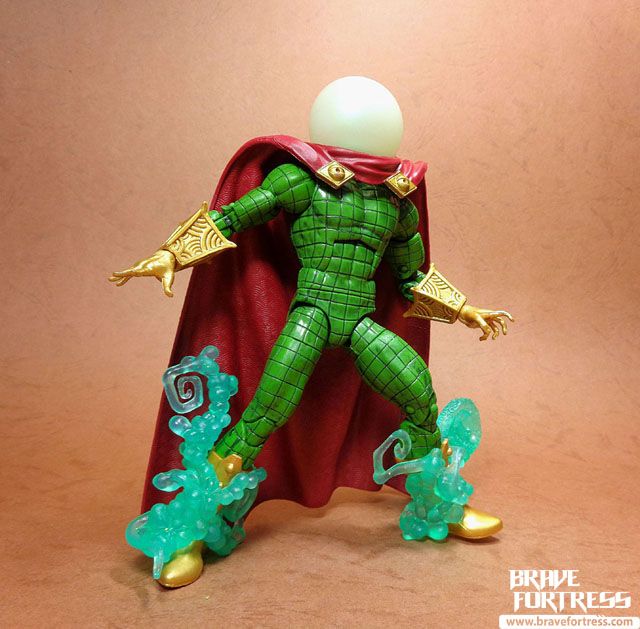 Personally, I do like the colors better on this one, but if you’re going for classic comics colors accuracy (for a classic “Sinister Six” group pose), the previous “green gauntlets” release is still the proper choice.

From the Lizard wave.

Overall, a nice “second chance” Mysterio figure for folks who may have missed out on the version 1, but if you’re going for comics colors-accuracy, then that’s still the one to go for.