Elizabeth “Betsy” Braddock is the mutant sister of the superhero Captain Britain. Originally possessing only telepathy, her mind is psychically transplanted into the body of Japanese ninja Kwannon, later being able to construct weapons made of psychic energy.

The figure is a redeco of the Apocalypse wave version.

Unlike her Apocalypse wave version, this one has multi-layer colors applied to her hair.

The matte paint finish on her face really makes the figure stand out from her previous versions. 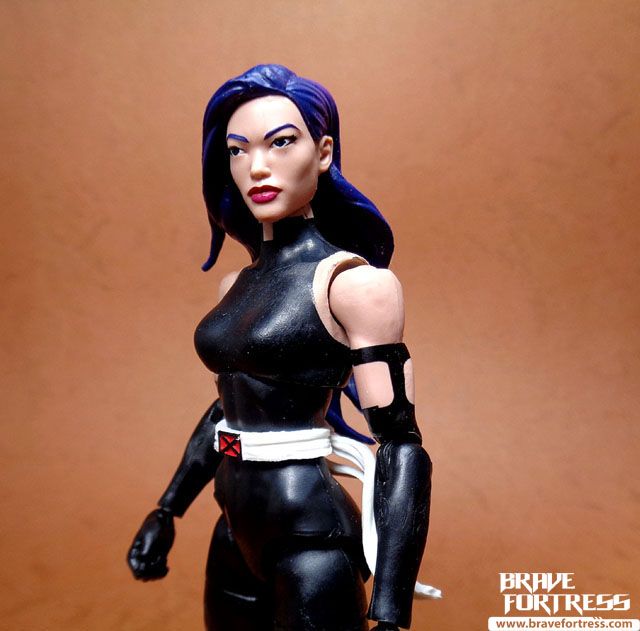 She comes with her” butterfly” effects piece for her head, which appears when she uses her psychic powers.

She comes with her psychic construct weapons, namely a sword and her dagger.

Originally created to be a super-sentinel to be used against mutants by the Weapon Plus Program, Charlie-Cluster 7 is code-named Weapon XIII. He eventually breaks free from his masters and joins the X-men. His powers allow him to create illusions. He is also a skilled fighter and an excellent marksman.

While there was a previously release Fantomex waaaay back in Return of Marvel Legends wave 2, this figure uses a newer, “bigger body” design.

This black diamond logo on his back is missing from the previously released Fantomex.

Fantomex usual weapon of choice are his twin guns.

His guns can be holstered on the sides of his legs.

They even come with “smoking gun” effects parts. Coooool!

Fantomex actually had a relationship with Psylocke at some point, but she eventually called it quits and Fantomex later on went to become the new body for Professor X (ahh… comics…). 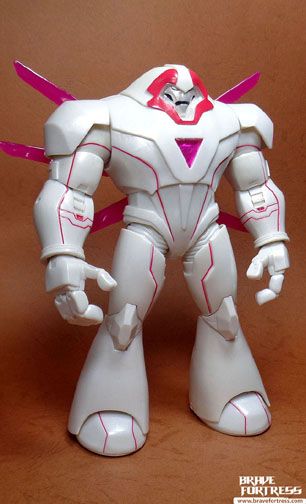 A mutant-hunting Sentinel from an alternate futuristic timeline, Nimrod is the most advanced Sentinel ever created. Even when completely smashed to bits, it can reintegrate with its parts and become whole again. It is also capable of flight and its arms can copy various weapon forms and even morph into a human for disguising itself and blending into a crowd.

The figure’s “modern” look is based on the recent “Powers of X” design in the comics, complete with wings.

The wings are removable.

The elbows have VERY tight ratchet joints. I was almost worried I might break them.

I think I prefer this look for the figure.

Lastly, Nimrod comes with blast effects parts for his hands.

Overall, a pretty decent set. Psylocke looks better than her normal colors release, Fantomex is a pretty good retread and Nimrod finally gets a deserving Marvel Legends figure. The set was originally an Amazon exclusive, but eventually went on clearance sale in a lot of places in Asia.