By far, THIS is the best looking, most poseable Jim Lee styled Wolverine ever in the Marvel Legends line!

Based on his look in the All-New, All-Different Marvel costume. Magneto created his own X-men team consisting of Psylocke, Sabertooth and Archangel to protect mutants.

For the unfamiliar, Magneto is the master of magnetism. He can control metal objects for various uses.

He comes with magnetic energy effects.

Also, he comes with an unmasked head (finally!) 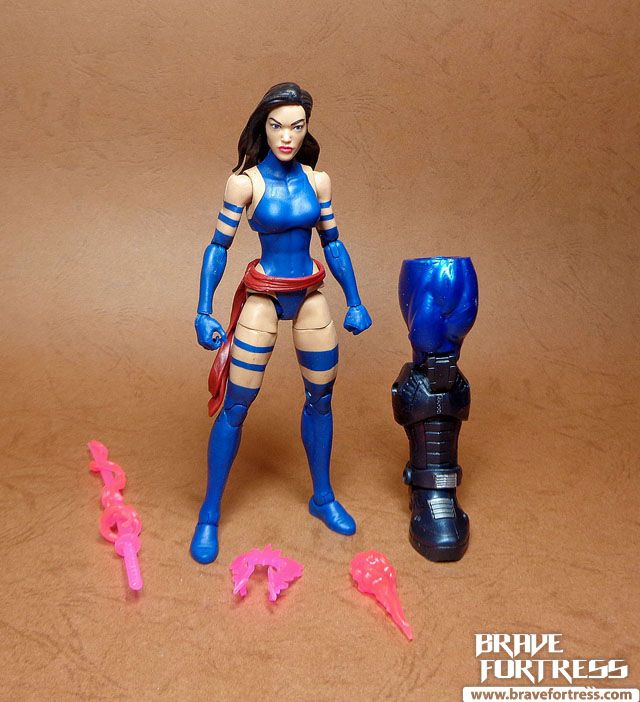 Betsy Braddock was the sister of the British superhero Captain Britain, but an incident involving the Hand had her transfer her consciousness into Kwannon, a female ninja and becomes the Hand’s supreme assassin, she is rescued after an encounter with Wolverine and breaks free of her mind conditioning.

I’m not really down with the new head sculpt. It doesn’t quite capture way Jim Lee drew her, as far as the face sculpt goes. I think the older version from the X-Force 3 pack with Archangel looked better. I wonder why they didn’t redeco that?

She comes with her psychic Katana and psychic knife accessories.

She also comes with a butterfly-shaped energy aura effect, this effect appears in the comics whenever she uses her telepathy.

From the X-Force 3 pack.

Yeah, I really would’ve preferred it if they used the older X-Force one and did a better paint job with that face over this new one. 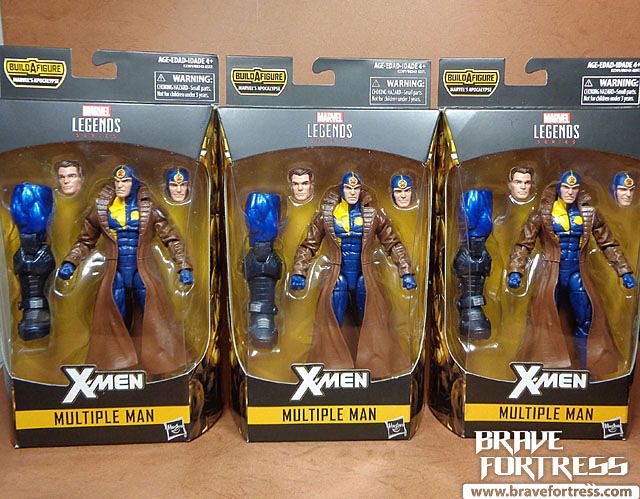 Multiple Man is based on his 1990s X-Force appearance. His power is self duplication through absorption of kinetic energy. To activate his power he either snaps his fingers, or stomps his foot. 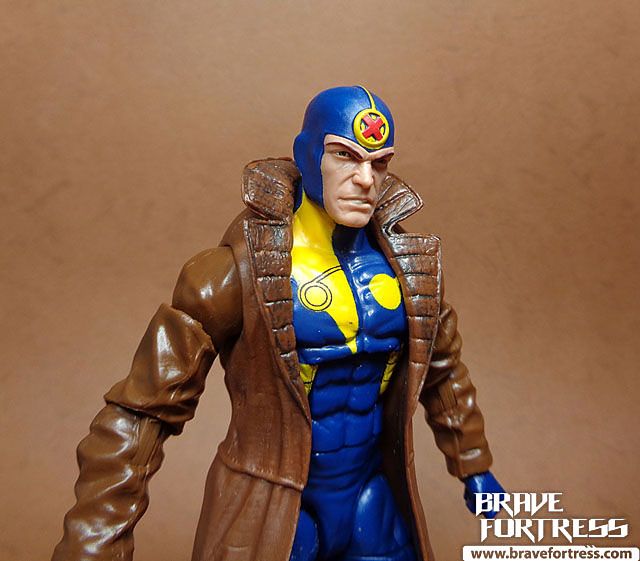 To help control his power, Jamie Madrox wears a special shock-absorbent suit that had mechanisms which absorbed kinetic energy from accidental impacts.

I was fortunate enough to come across 2 extra Multiple Men so I could create his “dupes”.

In the comics, the original maximum dupes he could create was 50. But it was later revealed he could make more.

As a side effect of his duplications, Madrox can create duplicates of whatever he’s wearing or holding. He can also absorb his dupes to heal himself and reducing any damage in half every time it merged with the prime. He also acquired a vast wealth of knowledge from absorbing his duplicates back, retaining their experiences and memories. He has picked up skills such as Shaolin Kung Fu, weapons and espionage training and learned various languages.

Sadly, after the Death of X storyline, all but one of the Madrox dupes (including the prime) die after being exposed to the Terrigen Mist.

We finally get Sabertooth based on the old Jim Lee designs. Wit this release and the upcoming Mystique, we’re getting closer to completing a Jim Lee based Brotherhood of Evil Mutants team.

The back part of his costume is removable (what is it supposed to be anyway??) 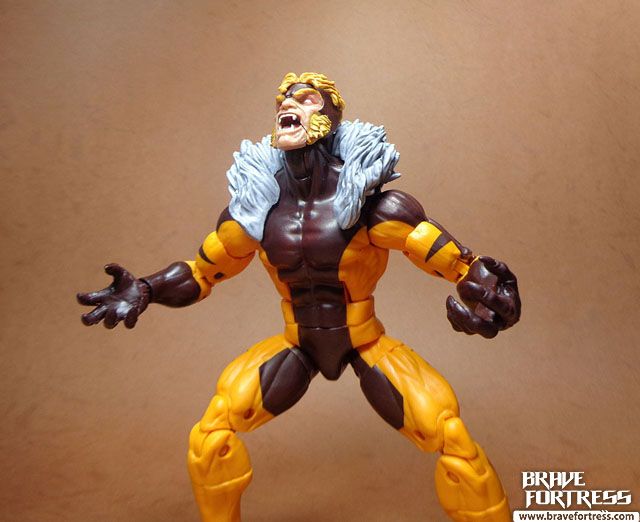 Wolverine’s arch enemy looks really nice and menacing. I haven’t really tried to mess with his jaw but I think his mouth can be closed?

I really miss the old Marvel Vs Capcom games. 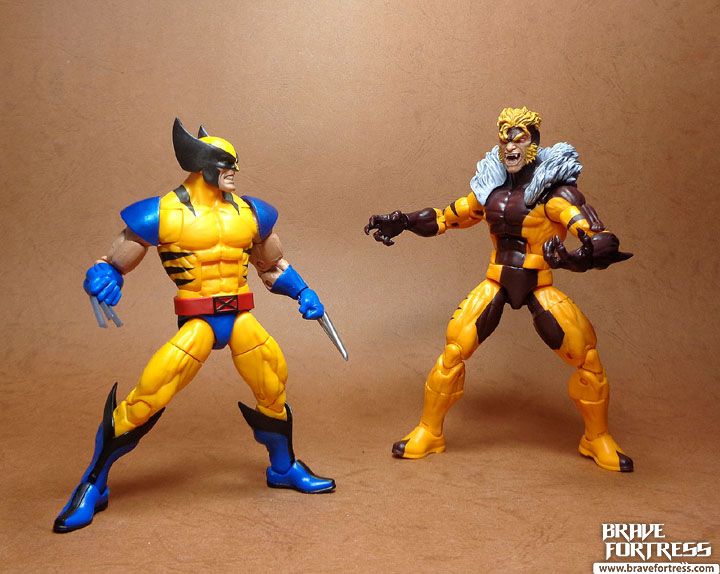 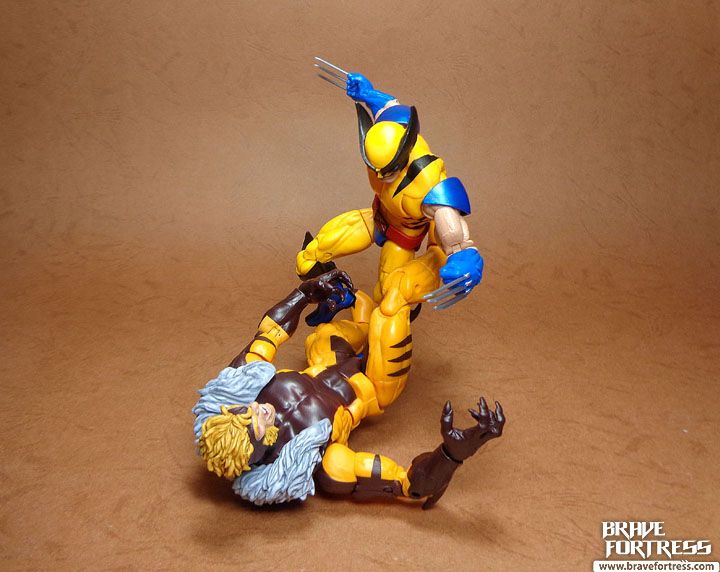 The Superboy/ Superman analogue created by Chris Claremont in 1977 is back. Kallark (combination of Kal-el and Clark Kent) hails from the planet Strontian. 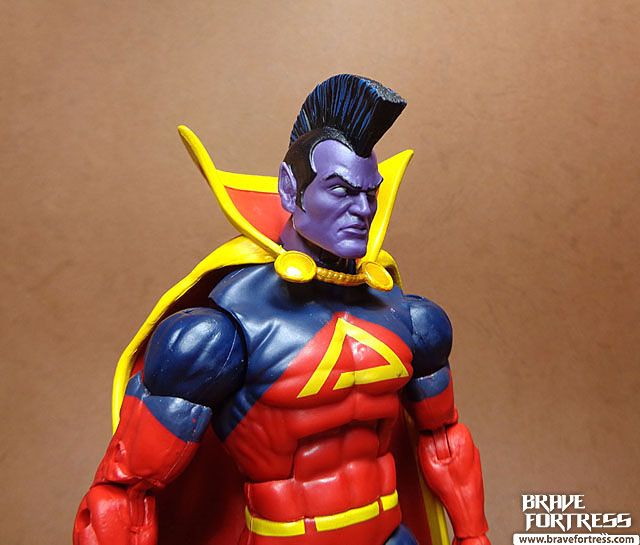 Personally I like the SDCC 2014 Thanos Imperative boxset version of Gladiator better. The clear parts on that one makes it look more impressive.

Gladiator possess strength that can shatter planets and rip apart black holes, hearing that can hear as far as light years away, and fly at ten times the speed of light.

Gladiator’s abilities increase and decrease in accordance with is level of confidence.

His only weakness is a certain form of rare radiation (lol.. Kryptonite?) 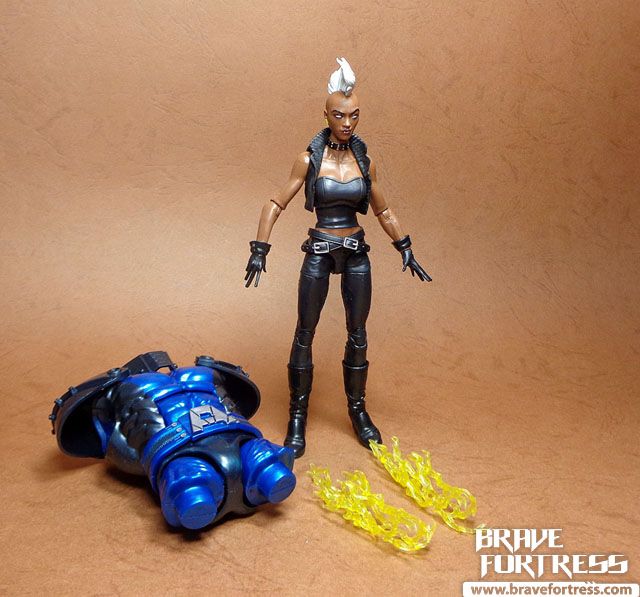 I never really got Storm’s 1990s mohawk biker chick look. But I guess it’s iconic enough they had to make a figure of her in this outfit.

The tooling and sculpt work are top-notch here.

Hmm.. biker chick without a bike.. 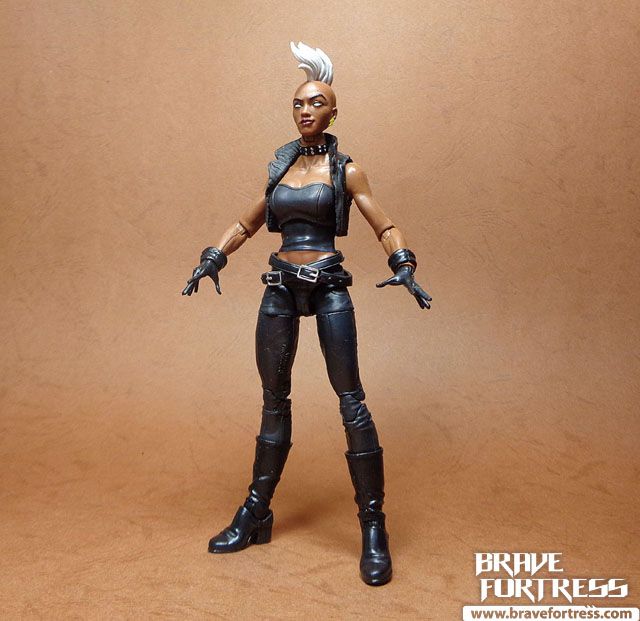 She comes with the same energy effects as Magneto, only in yellow (C’mon Hasbro, twice, in the same wave?).

En Sabah Nur is the oldest mutant and quite possibly the X-men’s most dangerous enemy.

I always found the original Toybiz figure too stocky, while the BAF figure was too tall. This version fits the size perfectly!

I do wish it came with an alternate head though, he looks so angry all the time like this. 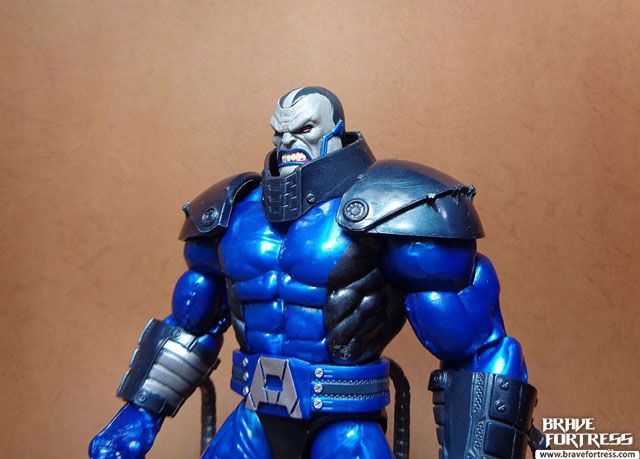 Apocalypse can control the molecules of his body and reshape them into whatever weapon he chooses. He can also grow taller at will.

I love the sculpting on this figure. It looks great and menacing all around!