Mattel Batman ’66 – To the Batcave! Batman

Mattel Batman ’66 – To the Batcave! Batman

Bruce’s study… I wish they gave him a robe or something, he seems wrong wearing the Batsuit in the Manor…

The Shakespeare bust can open up to reveal the secret Batcave entrance button. To the Batcave!

You can actually open up the book case /Batcomputer panels and put all of the accessories inside, sort of like an armory (sorry, the pic got deleted by accident).

Hmmm… “Batman Spray Repellant”? So it repels Batman? 🙂 I recall specific repellants labeled on each canister in the movie ( Eg… Shark repellant.. lol.. )

This one took some researching, I originally thought it was the Batzooka, but it’s actually the Bat Charge Launcher, used as a type of Pulse weapon by Robin in the last part of the 1966 movie (Batboat vs Penguin Sub scene) 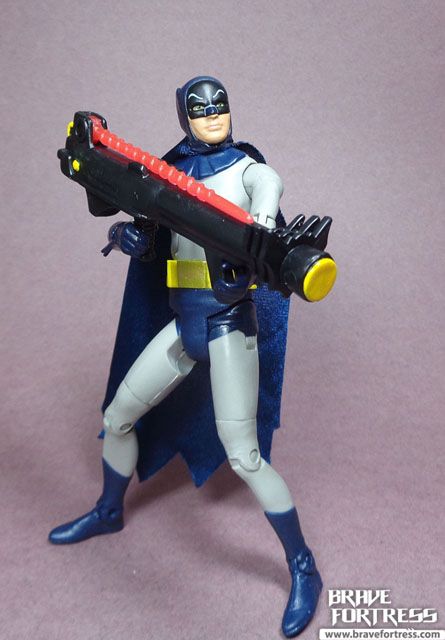 Overall not too shabby, considering how cheap it is over at Amazon.com