This is how Joker appeared in his last appearance in the New 52 universe, during the “Endgame” saga.

The figure’s only accessory is the old skin from his face. Gross. 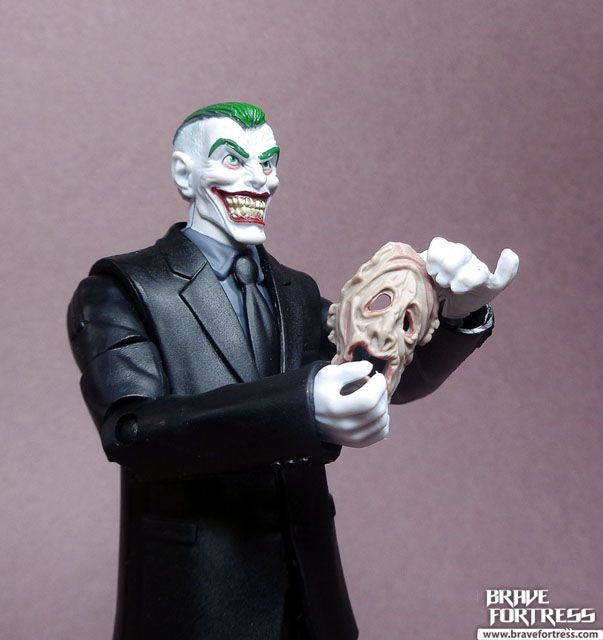 I can’t say I like how his pinky finger is permanently fixed in this position.

It is interesting to see the Joker wear a simple black suit as opposed to his usual, more colorful suits.

It was later revealed that this Joker possesses an uncanny ability to be immortal and can heal from any injury. It isn’t fully explained yet, outside of the discovery of a type of mysterious substance called “Dionesium”, which grants the Joker the ability to regenerate fully from grave injuries.

The Earth-23 version of Superman also has a secret identity, as the President of the United States(!)

In the 2 issue DC comics title called “Multiversity” by Grant Morrison, Earth-23 “President” Superman rallies heroes to save the Multiverse.

It isn’t fully explored what this Superman’s backstory is, or if he has any weaknesses. But personally, I think this is just DC’s way of introducing an African American Superman just for the sake of diversity.

Obama, is that you?