I can’t say I liked this figure that much. Unlike their Superman figure, the headsculpt proportion on this one seems a bit off, especially when you put it next to Superman. It seems like it was sculpted by someone else and not the person who did the Superman tooling? I just got this to pair up with Superman and the Hellbat armor, but I will be waiting for McFarlane to do a better Batman figure down the line.

By itself, it works, it’s when you start putting him next to other figures in the line, then the scale just goes all over the place.

He comes with a “deployed” grapnel gun.

I find Batman’s fingers really hard and tough, making it difficult to slot in the grapnel gun. Also, like Superman, Batman suffers from an awkward mid-torso cut.

His other accessory is his trusty Batarang.

Lastly, Batman comes with a display base. It doesn’t feature any attachments unlike Superman’s base.

Sigh… that smaller head on Batman really stands out.

Depending on how this line will go, I will probably end up going selective with it, as the scale for these figures are all over the place. McFarlane really needs to address that. 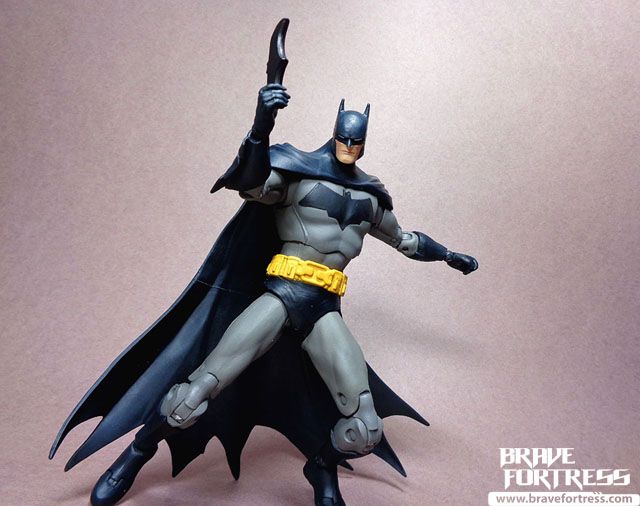