The wings need to be manually attached when removed from the package.

Based on the Batman story from way back in 2014 where he dons the armor to retrieve Damian’s body from Darkseid on Apokolips in an attempt to revive his son. The armor was made with help from the JLA. Superman forged the metals in the sun, while Wonder Woman, Flash, Green Lantern, Cyborg, Aquaman all charged it with their powers to make it insanely powerful and indestructible.

The wings can be folded down.

The armor is so big and bulky, it works in scale with the McFarlane figure (I’m glad something does in this line). 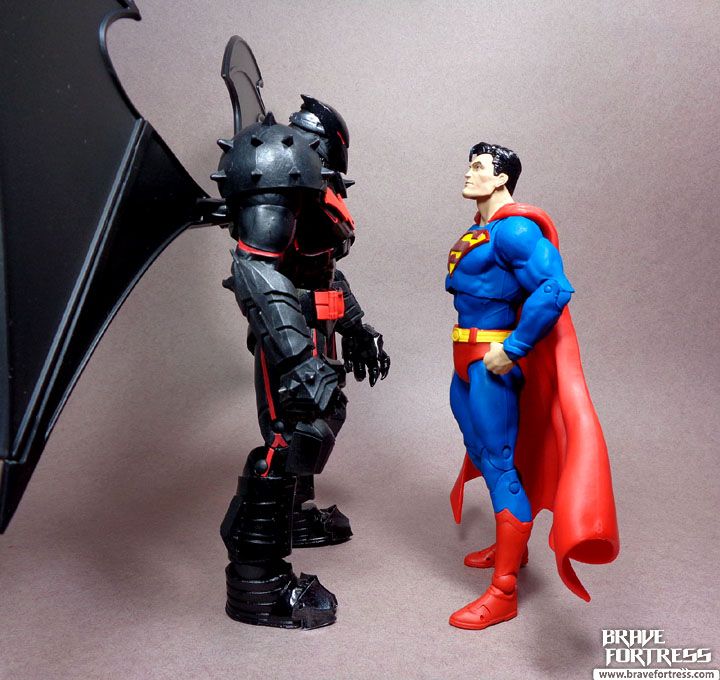 Sigh… the wings on mine have some sort of discoloration. Not sure if rubbing it will remove the markings?

The shoulder pads are on a hinge joint.

The armor does have one caveat though, it is fueled by Bruce’s own metabolism, this limits how long he can actually keep the armor operational before it kills him.

The set only comes with a display base as an accessory, nothing else. Sigh…

Overall, a bit cumbersome to pose, since a lot of the joints are limited due to the design of the armor and it’s bulk. Still, it’s very eye-catching and looks great on any shelf. I got this figure to compliment a future Batcave display I’m thinking of doing down the road and I think it really fits in well, even with the DC direct figures.