The zip tie is too long IMHO, seems like a huge waste of plastic.

The bike comes in its compressed form while in the package. 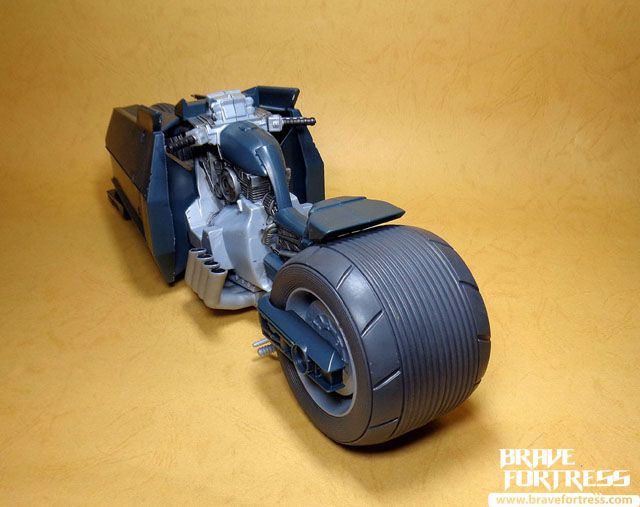 In the Batman the White Knight (Elseworld) saga, this Batcycle is a backup vehicle that ejects from the Batmobile when the latter is destroyed in one of the chase scenes in the book. The Batcycle then serves as Batman’s primary mode of transportation for the rest of the series.

To make the bike look accurate, just simply tug on the end and it will extend out to its proper length.

The big rubber (?) wheels are what make this vehicle heavy.

It’s a shame the White Knight Batman has an open left hand and a closed right hand, so you can’t get the figure to grab onto the bike handle bars with both hands.

The bike comes with footrests for the figure’s feet.

lol… If this were real life, how Batman’s cape doesn’t get tangled up when the bike is rolling is a mystery unto itself. 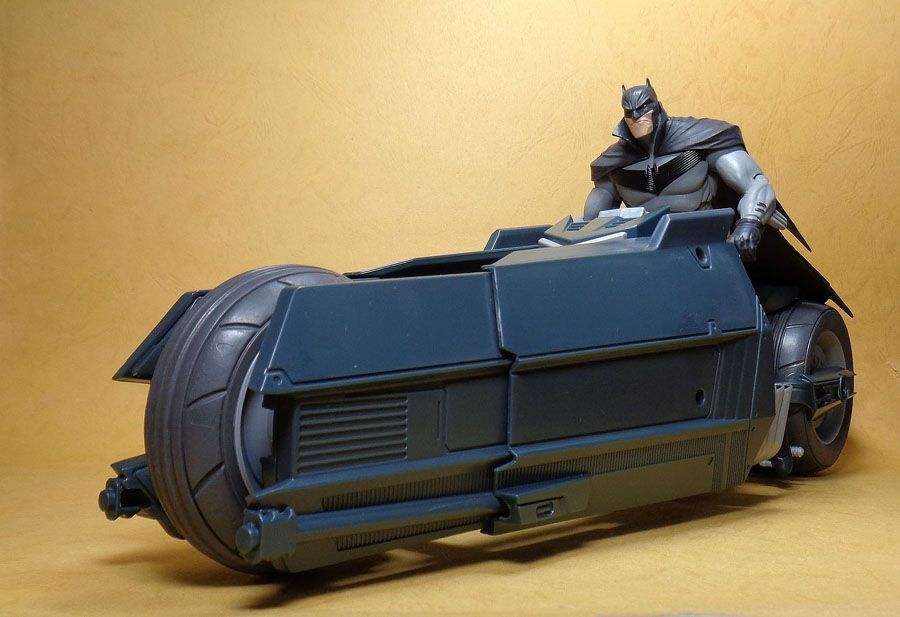 The Batcycle features some really good sculpt and tooling details on it.

I do wish they had some proper instrumentation detaill on the control panel though, even just stickers would’ve been nice.

While the Batcycle is cool (I like this much better than the Bat Raptor and the Death Metal bike), I wish it had more Bat symbols on it, as it is, it seems kind of like a generic-looking vehicle due to the lack of solid Bat logos anywhere. The closest is this console here and even then it seems ill-defined.

As for armaments, I think these posts are supposed to be guns? I can’t recall.

Overall, I am really glad to get this vehicle, as the White Knight series is one of the best Batman reads I’ve had in the last few years. I would love to have the whole Batmobile, but I guess this will have to do for now.