Before anything, remember to remove the back panels of the leg units to allow for more articulation on these figures.

Piloted by Toshiya Dan. The Kuraioh is the leader unit of the squad and specializes in sky-based combat.

Same as with the Mini Deformed Godsigma from the same company, this set does not feature any weapons for Kuraioh, such as the Kurai Ken (sword) or the Kurai Kyuu bow and arrow set. You can only pose it with the Kurai Shock cannons on its shoulders. 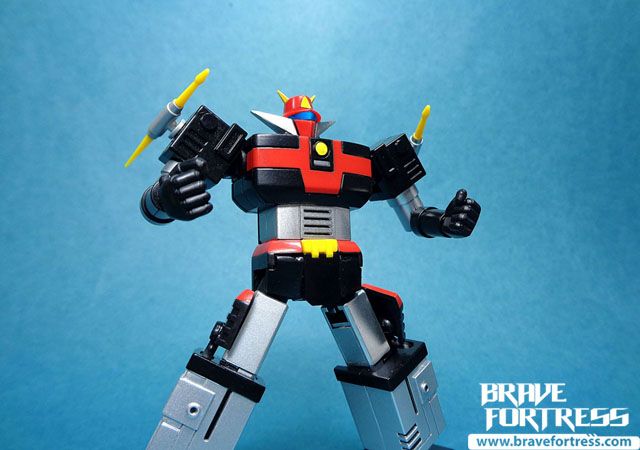 Piloted by Juli Noguchi, one of the researchers on Trinity Energy under Dr. Kazame. This unit specializes in underwater skirmishes. Sadly, this set does not come with its Double Chain and Water Gun weapons.

Piloted by Kira Kensaku, one of Toshiya’s best friends. This unit is best fit for ground and subterranean missions. The figure doesn’t come with its hammer or the Attack Drill. 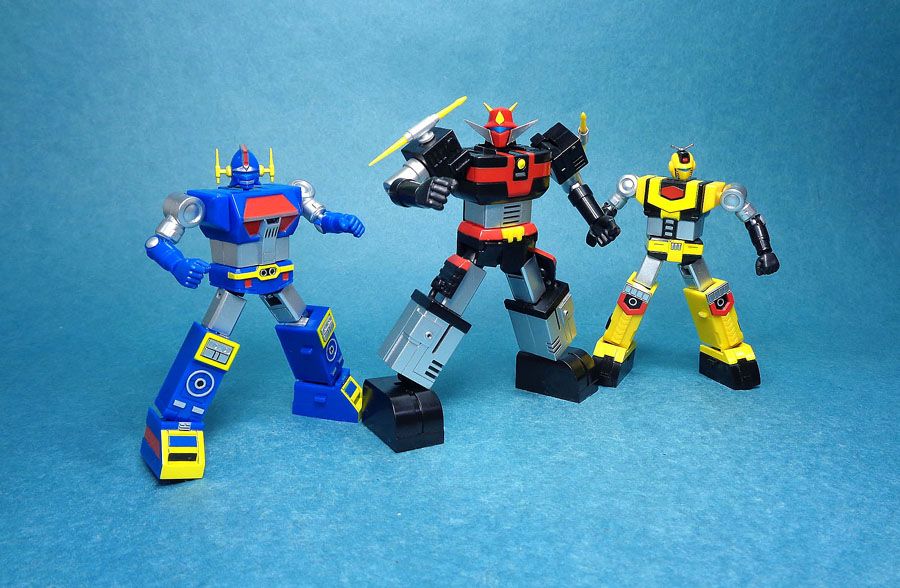 Each figure stands roughly 3.75 inches tall, with Kuraioh being the tallest at 4.25 inches.

Lol, for an idea of how big the figures are, the leg units more or less match the size of the images on the back of the box.

To combine the figures into God Sigma, you’ll have a lot of work to do.

To remove the head on Kaimeioh and Rikushioh, just slide out the entire neck section.

Then slap on the back panels for the legs to secure the legs on the leg units.

Created by Professor Kazame in order to explore the potential of the newly discovered Trinity Energy, God Sigma becomes Earth’s foremost defense machine against the invading Eldan aliens. In a surprise twist to the series, it’s later revealed that Prof. Kazame is actually evilly insane and eventually even defects to the enemy in order to gain their technology, going as far as killing the crew of the Trinity Ship crew while on a raid. Shocking…

God Sigma doesn’t come with his other accessories (Tomahawk and Spin Saucers), but he does come with his Musou Ken. Remember to detach the handle first before attaching it to the fist. 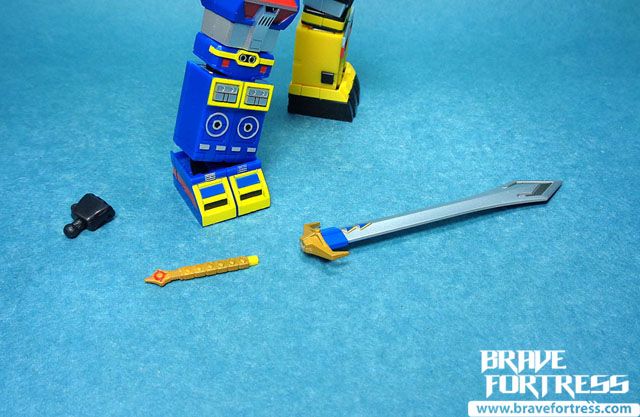 The God Shield on his backpack can also be equipped on the figure. 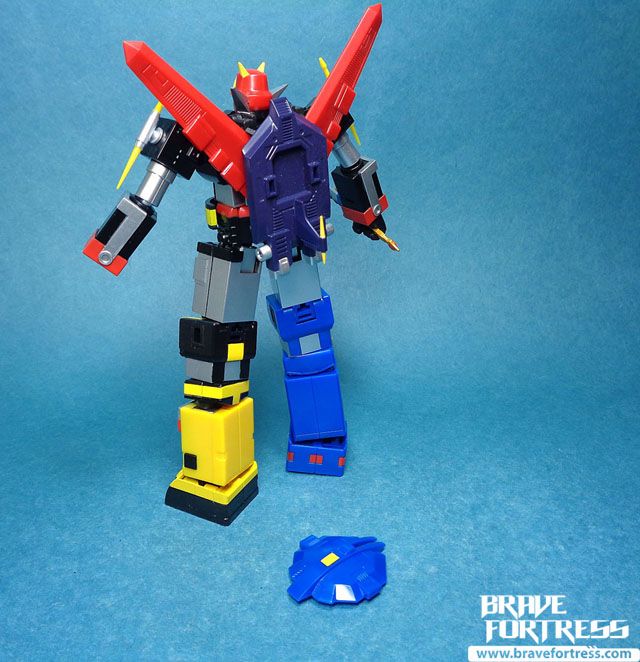 Remember to reset the position of the handle.

Lastly, the entire Big Wing assembly can be removed and held by God Sigma to do his final attack.

Overall, a very impressive set for something that’s inexpensive. It surprised me a lot by giving me a lot of bang for my buck. I was half-expecting the leg units to lack any articulation similar to the Mini Deformed release, but Action Toys really did this set right. I know this is just their fifth release in the series, but they certainly are improving with each produced figure in this line by leaps and bounds. Nicely done, Action Toys!