Filed under: Various Optimus and Megatron figures
Share This Page

Comes with everything shown here

There’s not much articulation, except for the shoulders.

Also comes with a little version of the Prime truck 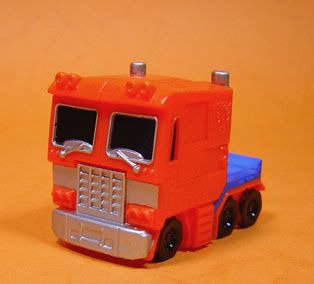 Everything stores neatly in the back.

Heh. strange as it may sound, I’ve always wanted a Mr. Potatohead figure. Guess now was a good a time as any to get him.

This little guy was a Father’s Day gift from the wife and kids.