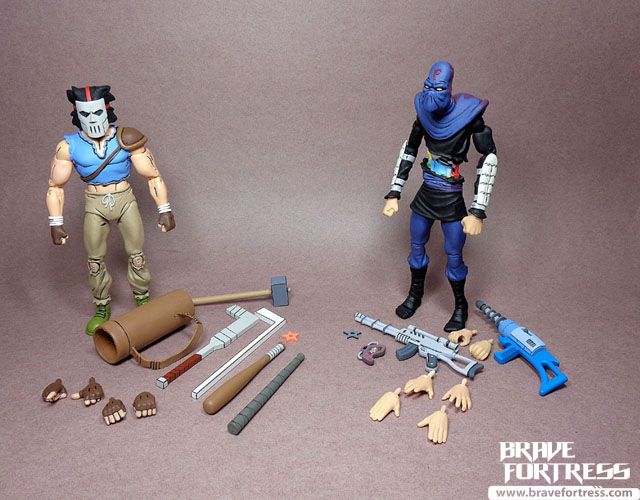 The heroic (yet insane) vigilante from New York, Casey in the 1987 cartoon was an unstable individual who never took of his mask and was often armed with a plethora of sports-themed weapons from his golf bag.

To get the golf bag equipped on Casey, you have to pop his head off first (very easily done) and then slide the bag across his left shoulder.

He scales pretty well with the others.

Jones comes with a whole bunch of sports gear, all of which can be put into his golf bag all at once.

He has a “thumbs up” left hand included.

As well as a “pointing index finger” right hand.

In the 1987 cartoons, he is pretty extreme, punishing all (and I mean ALL) sorts of crime, from robbery to littering and even jay-walking with the same amount of rage and intensity! He is never shown to be best friends with Raphael and there was never any romantic involvement with April though. He also only appeared in five episodes throughout the entire series.

A retool of the previously released Foot Soldiers, this one features slashed damage, making this figure a bit taller than usual.

Yikes. I really hope that “cord” doesn’t break. It’s the only thing holding up the upper torso.

Roughly half an inch has been added to his height.

Same as the bashed Foot Soldier, this guy has a lighter skin tone(left) compared to the earlier wave and SDCC Foot (right).

It comes with a communicator, featuring Rocksteady on the screen.

The Foot Soldier comes with the standard rifle, and a previously released, alternate rifle (still no ninja weapons?).

You can still opt to cover up the damage by using the forearm or rifle, so it can still be used as an army builder type figure. 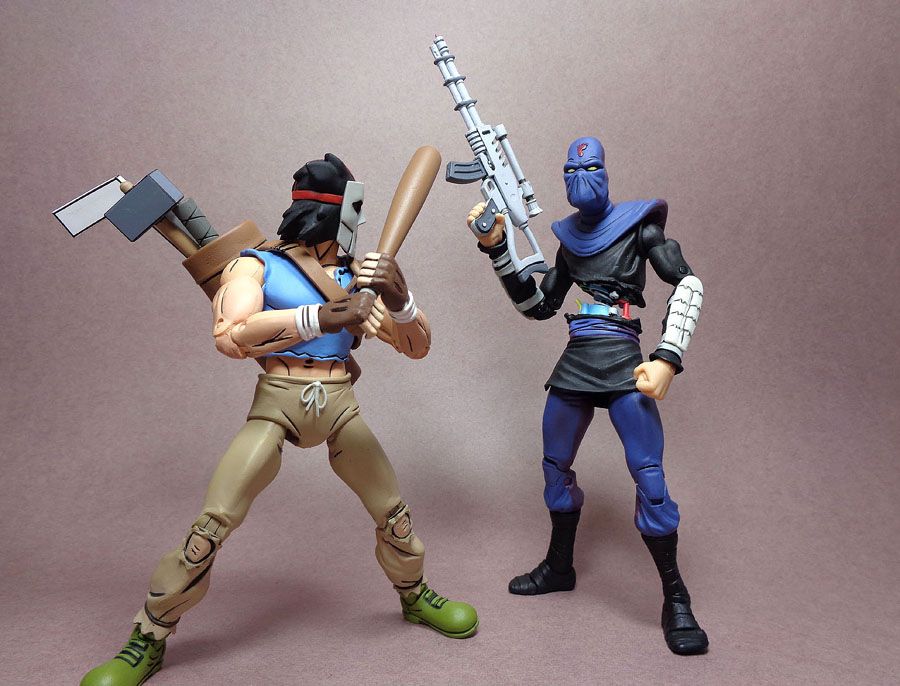