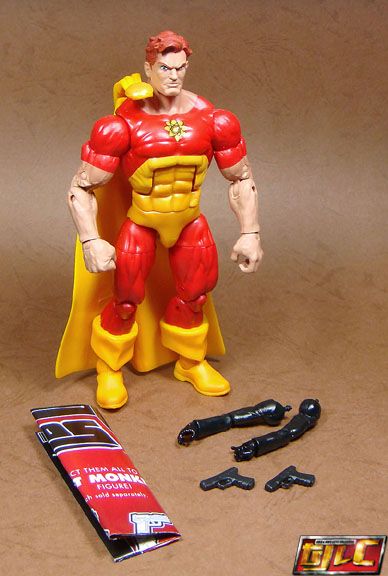 Marvel’s “Superman” analogue. Unfortunately, this character has appeared in various versions in the Marvel 616 Universe, making his backstory somewhat convoluted. In the “Marvel Now” saga, he is again given a whole new origin and backstory different from previous “Hyperions”. 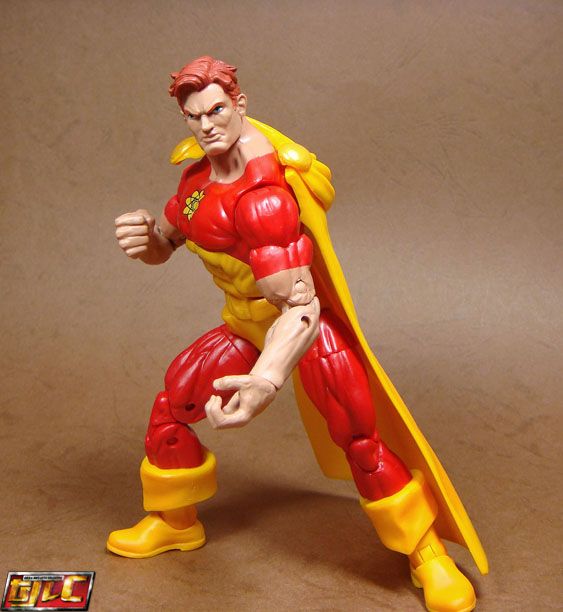 Previously known as Marvel Boy, then Captain Marvel, Noh-Varr is a Kree, was recruited into the Avengers during the Heroic Age, but following the events of Avengers vs. X-men, where he betrayed the Avengers to save the Earth, he is later declared an enemy of the Avengers. 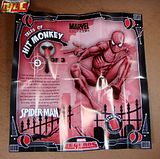 Red She Hulk is actually to be Betty Ross, Bruce “Hulk” Banner’s ex-wife and daughter of General Thunderbolt Ross (Red Hulk). She has roughly the same powers as her dad such as absorb Gamma radiation and super strength. 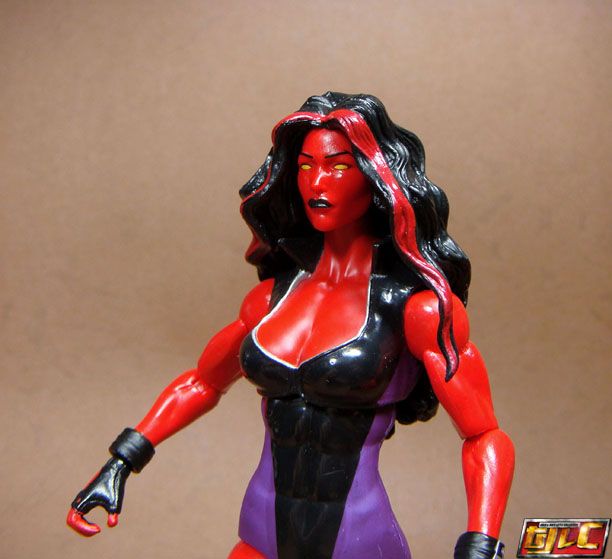 She comes with her sword, crafted by Tony Stark and blessed by Odin during the events of “Fear Itself”. 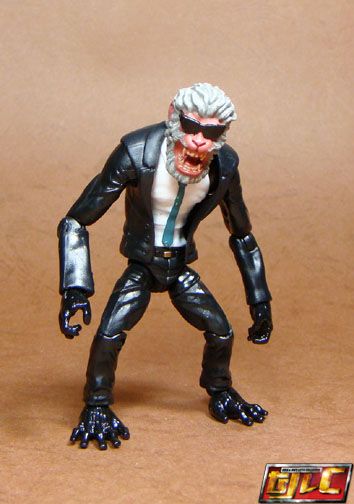 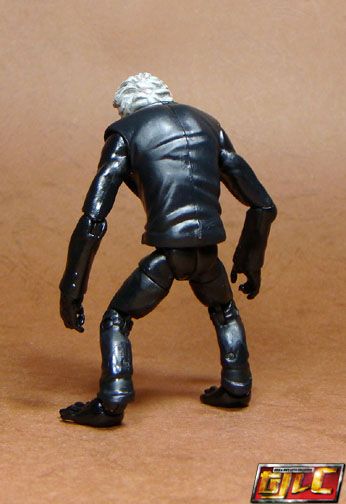 Hit Monkey doesn’t have any holes for foot pegs. Making him stand is a bit of a hassle as well.

Hit Monkey is based on a character from the same mini-series. Long story short, Hit Monkey targets assassins as revenge for what assassins did to his village. He later has a showdown with trying-to-reform Deadpool, it ends with Deadpool apparently killing Hit Monkey.

This time around, Archangel’s wings are like a backpack, as opposed to permanently fixed to his back.

Warren Worthington III has the ability to transform from his “Angel” to his “Archangel” form. But after the events of Dark Angel, where he finally loses it and becomes the heir to Apocalypse, bent on destroying the human race. He “dies” and is reborn now as Angel again, but with metallic wings and with no memories of his past. 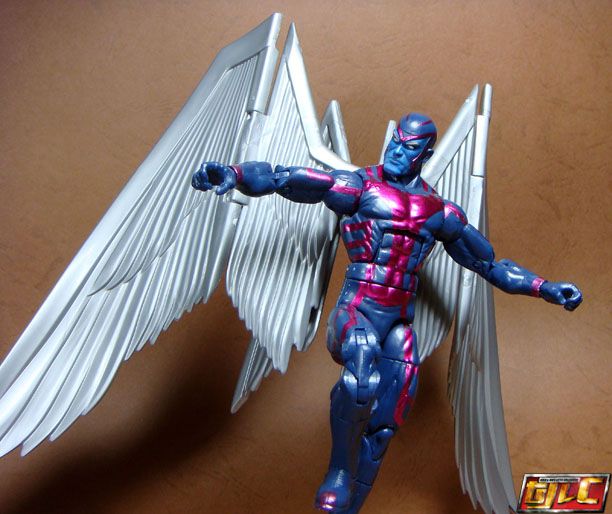 He is a bit tall for “Wolverine”. 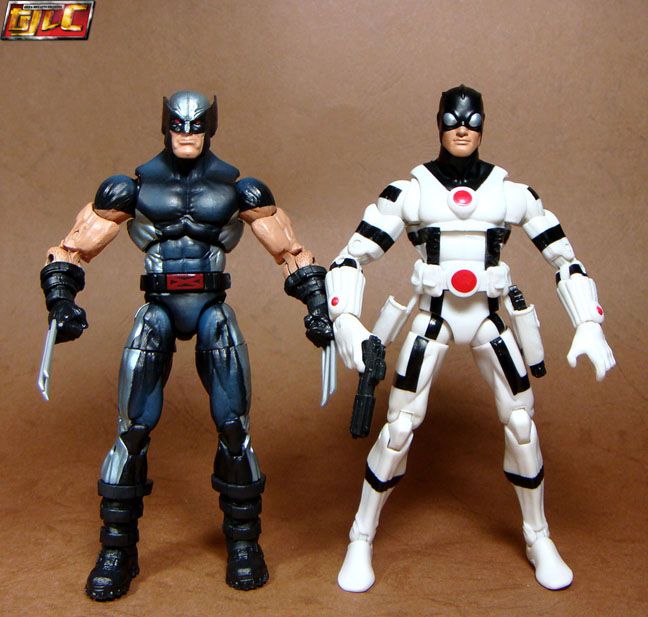 I’m not sure but I think Wolverine’s claws can be removed? I didn’t really try it though. 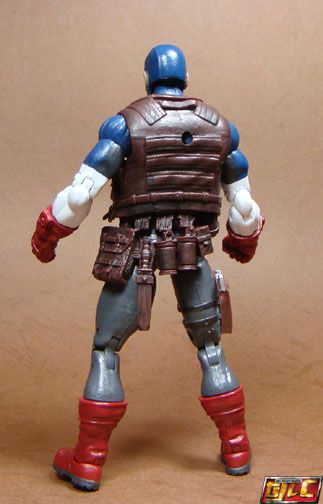 Personally I think this is the best figure in the wave.

Shield can be pegged onto Cap’s back. 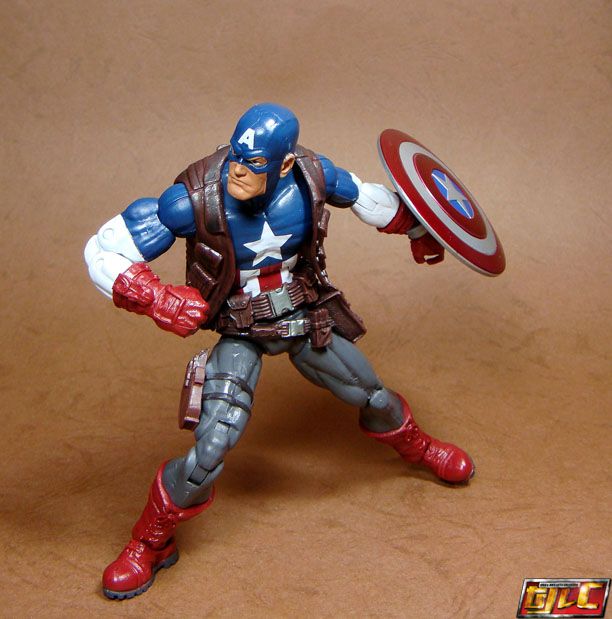 The fun part is you can do a simple headswap here.

The heads are the same size so the scale works. 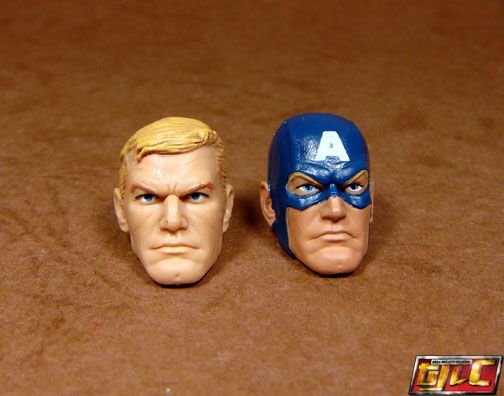