Interestingly, the set features ZERO tape used anywhere on the packaging, even on the accessory trays. Kinda freaky considering people might swipe parts out if this was an “on the shelf” item. Luckily, I guess it’s not an issue in Japan. Good for them.

Well, it’s been a while since Revoltech released Transformers figures. This time around, Kaiyodo’s upped the scale, making the figure bigger compared to its predecessors.

The figure stands roughly 6 inches. I think the older figures were 4.5 inches? I’ll have to recheck. 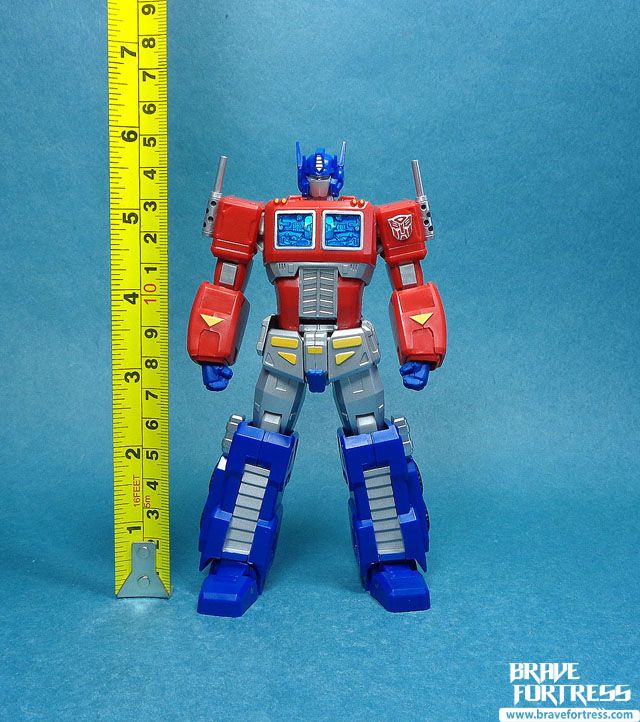 Yamaguchi does incredible design and sculpt work, I love this figure a lot!

It’s been a while since I’ve bought Revoltechs (the last ones I bought were the reissue Revoltech TMNT figures) and I was VERY surprised to see they dropped the old Revoltech joint system??? Since when?? The joints on this figure no longer feature the hard, solid ratchet joints Revoltech is known for, instead it uses softer, classic joints with smooth friction resistance. This caught me by surprise.

While the sculpt work is great, there are some hiccups. When you raise the shoulder too high, the panel that’s on a ball joint tends to pop free. It’s a bit annoying.

As always, Prime comes with his trusty Ion Blaster rifle. 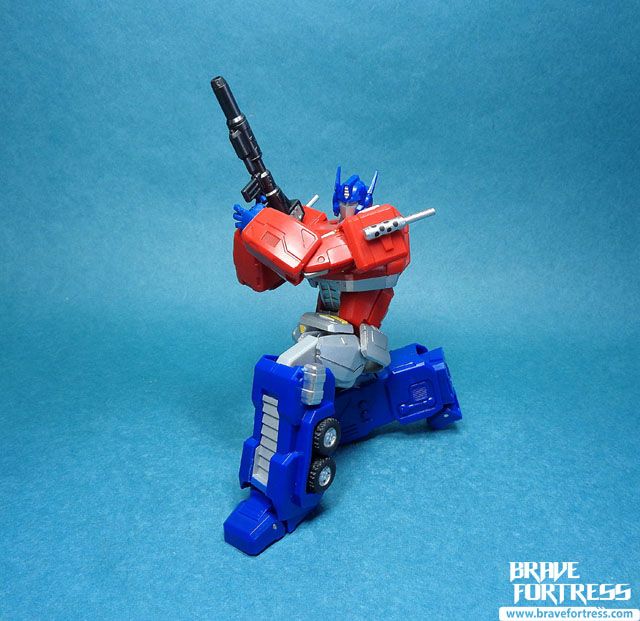 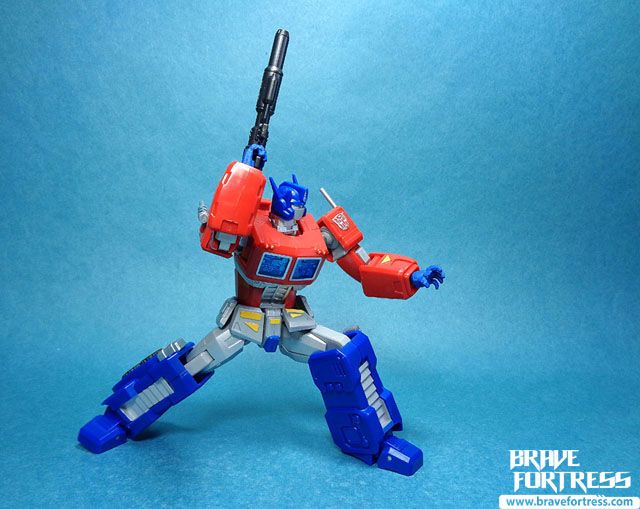 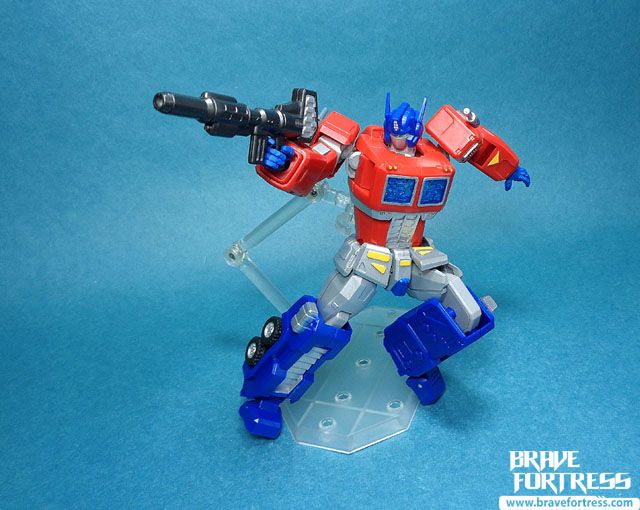 While the base does a good job of helping pull off action shots like this, I still prefer the classic “plug into slot in the figure’s back” system of the older Revoltechs. The claw system can be a bit difficult sometimes since the grip isn’t as tight as it should be.

Lastly, thanks to this collapsing calf system (it has a spring inside that flips up or down when you compress or release the legs), you can get this awesome pose.

Overall, a great set! The SRP is a bit high though compared to older Revoltech prices. Oddly, the set also does not come with the Autobot Matrix of Leadership for some reason (big oops there, Kaiyodo). And of course, there’s the “non-transforming Transformer” argument, but that’s a whole thing I’d rather not get into. As it is, it looks great, fun to pose (popping shoulder panels aside) and I love the upscaled look. I really hope they follow up with a Megatron figure to go with this.

Heh, for some reason, I can’t get the vintage Transformers “Action Masters” commercial theme song out of my head right now.