Ahh… the “World Champion” martial artist of the Dragon Ball world, Mr. Satan. His real name is Mark, and he takes his stage name, Mr. Satan, from the name of the fighting dojo where he trained, “Satan Castle”. His wife and the mother of Videl is Miguel. She is never seen in the series. It’s said that she left him because of his lecherous ways and she later passed away from the same heart virus that almost killed Goku.

After claiming credit for defeating Cell, Mr. Satan became world famous. Despite being a poser and a phony, he actually contributes a lot to the ending battle of the Dragon Ball Z series. 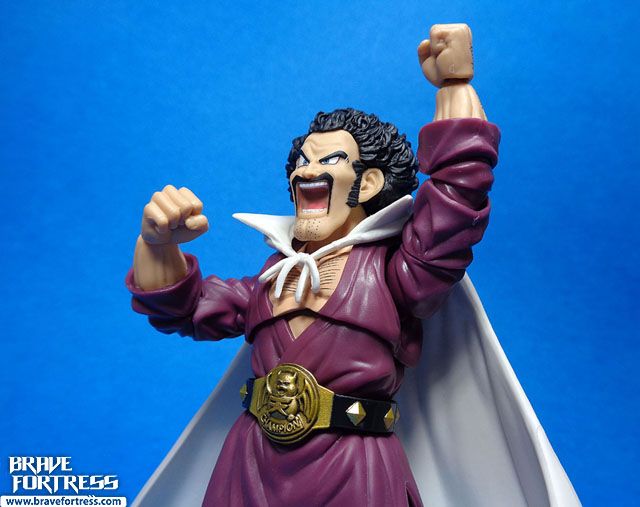 He comes with various belts. The Champion’s Belt in the middle comes with an eagle logo, but it was later changed during the course of the show to become a bat logo with no explanation given.

He also comes with a cover for his back, to cover up the hole where his cape plugs in.

Even though he’s loud, rambunctious and is basically an egomaniac (like any modern day wrestler on TV), Mr. Satan does have some modicum of talent when it comes to martial arts. He was able to defeat Spopovich and Jewel in the 24th World Martial Arts Tournament fair and square, to become the World Champion. Over the course of the series, he is also shown to be a noble and decent human being, who loves justice and is protective of his daughter and his extended family, even risking his own life to save others.

It was thanks mostly to Mr. Satan’s influence that the terror that was Majin Boo was averted, due to his example of humanity and kindness, which the latter grew to emulate.

Plus yeah, you can’t go wrong with a puppy. Lots of warm, fuzzy thoughts right there. 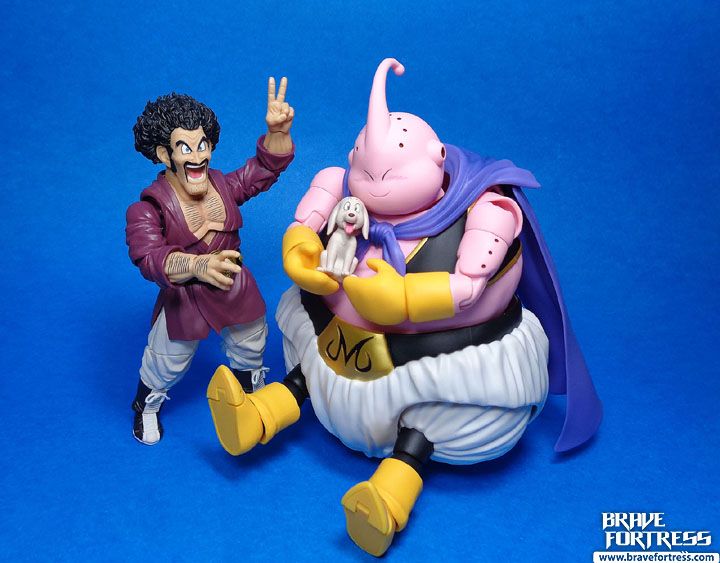 Mr. Satan retains his title as World Champion, thanks to his new “disciple” winning all the matches in his place afterward. He rewards Majin Boo by letting him stay and eat all the food he wants.

The World Champion, easily one of my favorite characters from the Dragon Ball sagas.