Piccolo and Goku have a very complex history together. Previously the evil “demon god” antagonist back in the original Dragon Ball saga, he becomes something of an anti-hero at the start of Dragon Ball Z. He eventually fully changes his ways and becomes one of the heroes of Earth thanks mostly to Gohan’s influence.

Piccolo was the first released character for the Dragon Ball S.H. Figuarts line when it debuted way back in 2009. This 2020 updated release set features a new body build that Bandai made from scratch, giving it a more Anime accurate look with better proportions plus improved articulation. Likewise, the color for his uniform is also more screen accurate now compared to the previous release as well.

There’s still some gap issues here with the cape but I guess it is what it is.

The new cape design is really nice, the concept is quite simple, yet it adds a lot of fun ways to pose the cape.

The figure can also pose sitting down no problem.

The set comes with optional plugs for Piccolo’s back, so you can plug him directly into a Soul Stage to make him seem like he’s sitting in mid-air. This bigger piece seems to have extra support for posing the figure to make him “float” higher? I don’t see the point of the smaller piece.

Lol.. since I’m too lazy to grab the Soul Stage in the next room, I’ll just use my trusty acrylic riser… lol..

The set features an alternate “yelling” face for the turban/hat-wearing head.

Piccolo trains himself by wearing intentionally heavy cape and clothing to condition his body. He takes these off when he wants to increase his speed, or when he gets “serious”.

An optional back cover for cape-less Piccolo is included.

Since he’s taller than most opponents, Piccolo tends to use kicks instead of punches to have a longer range of attack.

Piccolo’s signature attack is his “Special Beam Cannon”, a.k.a. Makankosappo (Demon’s Penetrating Light Gun). This attack takes some time to charge up, so it’s not quite feasible in high speed battles without someone to help run interference while he’s charging it up. 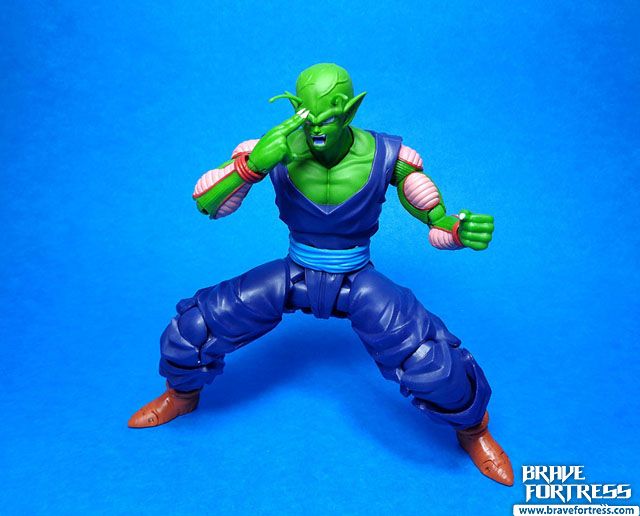 You can also recreate his ultra powerful “Light Grenade” attack.

Lastly, Piccolo comes with a … removed… left arm. Don’t worry though, since he’s an alien, he can actually grow his arms back after they’re torn off.

With his pupil, Son Gohan.

When Piccolo first became a “trainer” for Gohan, he used extremely harsh methods to teach the boy to become stronger, including leaving him to fend for himself in the badlands. The poor kid. 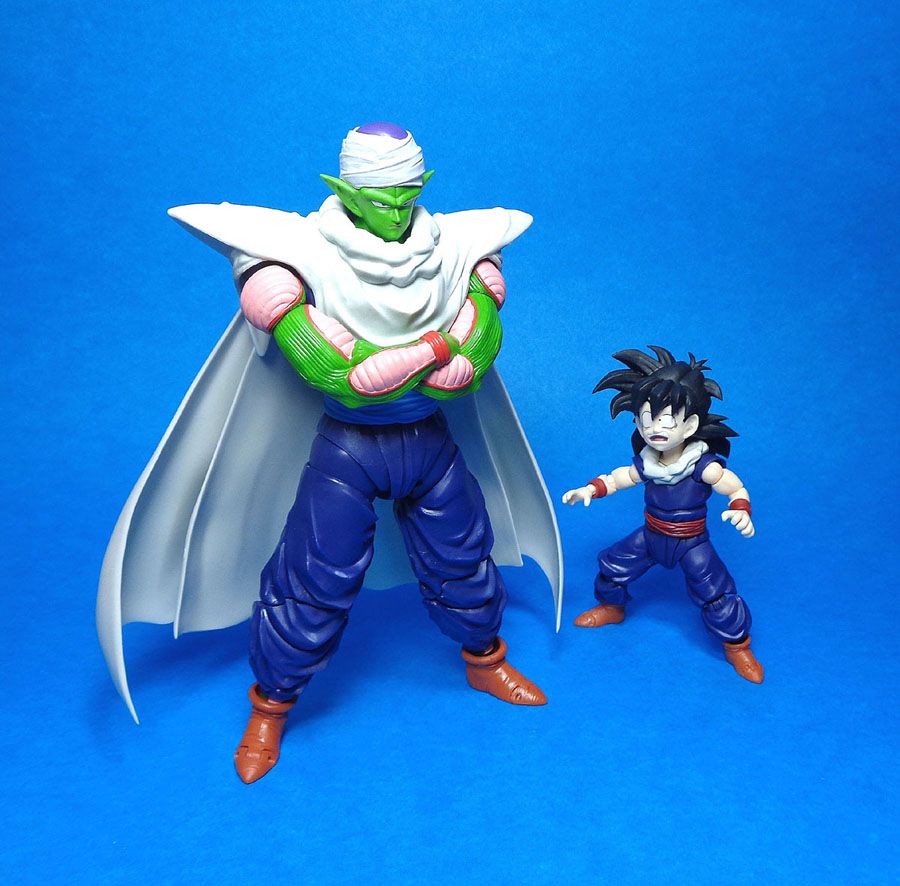 Eventually, a bond formed and Piccolo gave up his life to save Gohan from an incoming blast from Nappa. After being revived with the Dragon Balls, Piccolo started to become more attached to the kid, training the lad whenever they can spar.

Overall, a greatly improved set from the original releases (aside from the mass retail version, there was an SDCC redeco). This new version really stands out from the previous one and looks really great next to the other Dragon Ball S.H. Figuarts figures. While this figure was a mass retail release, getting one was somewhat difficult, as there were order cuts supposedly across the board from the distributors. I count myself lucky that I was able to get one. 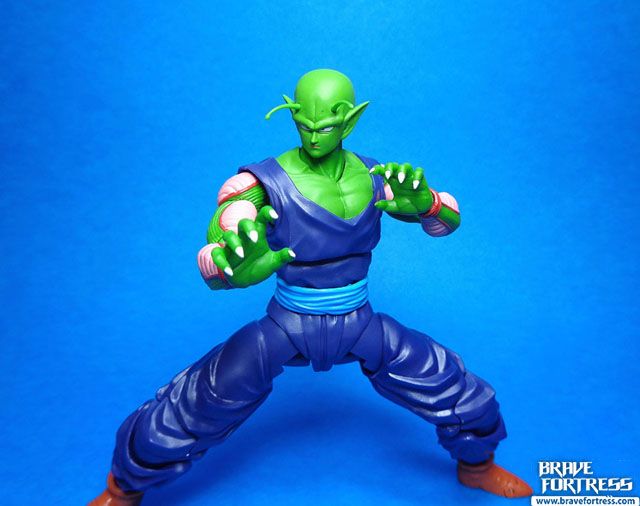