Big, incredibly strong and a bit of a simpleton, Recoome is probably physically the strongest of the elite Ginyu Force members. He gave Gohan, Krililyn and Vegeta a really tough time in the series.

Sigh… the hinges on these plates are simply pegged in and can VERY easily fall out. This design was previously used on Captain Ginyu and it gave me hell, I can’t believe it’s back! These things give me no end of grief while posing the Ginyu Force figures.

Recoome stands roughly 7.75 inches tall, making him the tallest member of the team. 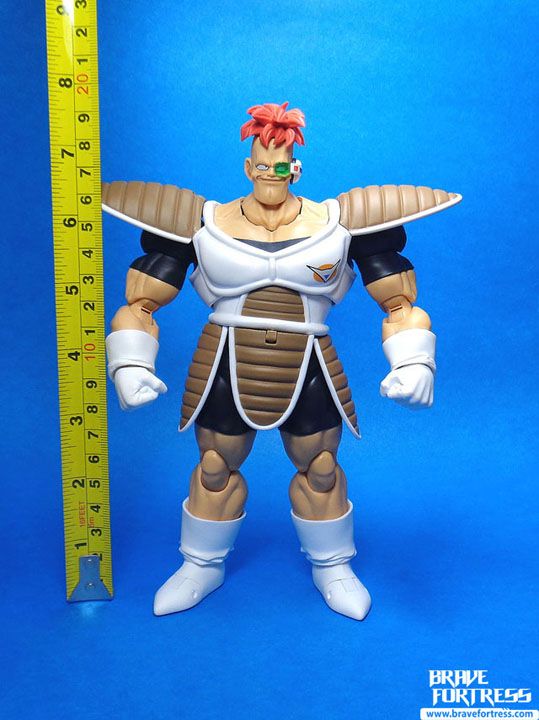 He comes with an alternate “frog-swapped” Captain Ginyu Head, from the time Ginyu’s soul swapped places with a frog (courtesy of a nearby Namekian frog tossed by an injured Goku) while Ginyu was trying to body swap with Vegeta.

The set also comes with an actual Namekian Frog, which becomes Captain Ginyu’s final fate. After Bulma creates a vocal translator for her new frog pet (secretly Captain Ginyu), “frog Ginyu” betrays her and does a body swap. He later tries to do a body swap again on Piccolo, but thanks to Gohan’s quick thinking, he tosses “frog Bulma” in way, reversing the process. After Porunga transports all living creatures on Planet Namek to Earth, Ginyu goes on to live a peaceful life as a frog in Bulma’s greenhouse. 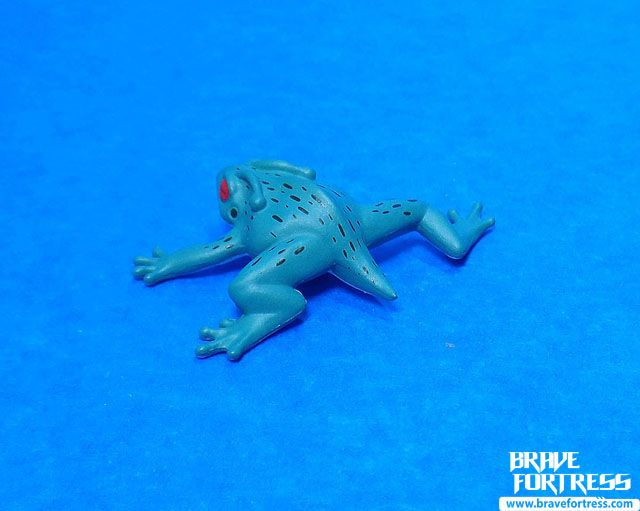 As usual, zany poses is what it’s all about for the Ginyu Force! 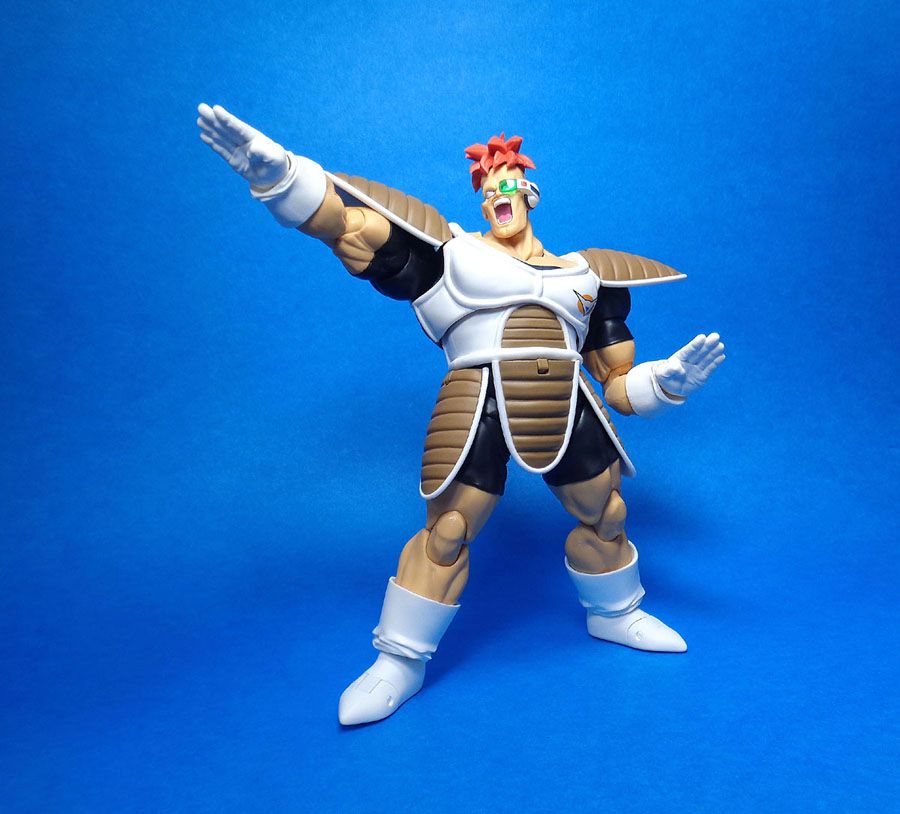 Doing this pose is how Recoome charges up his ki in the Dragon Ball Z fighting games.

Overall, an impressive figure. Too bad the lousy plate connections for the armor keep falling off. I really wish Bandai engineers did a better job. 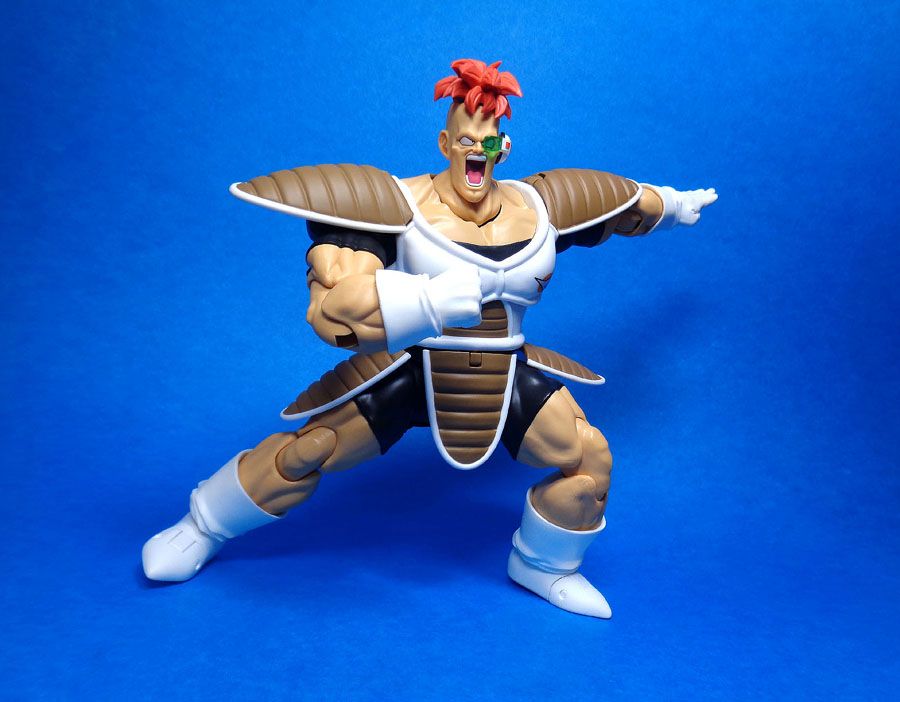