Originally the North Kai of Universe 10, Zamasu was one of the young gods tasked with overseeing mortals. After an encounter with Goku who showed him how powerful mortals can become, Zamasu became threatened and obsessed with destroying all mortals from every plane of existence to prevent them from challenging the power of the gods.

Halo effect part is included with the set.

The clip hooks onto his back.

The assembly features a hinge joint for adjusting the halo so it doesn’t get in the way of posing.

With the halo equipped, the figure’s height spans about 8.75 inches.

The halo is called “Barrier of Light”. With it activated, it basically functions as a force field capable of negating all attacks while allowing Zamasu to launch various energy attacks of varying shape and color against his opponents. 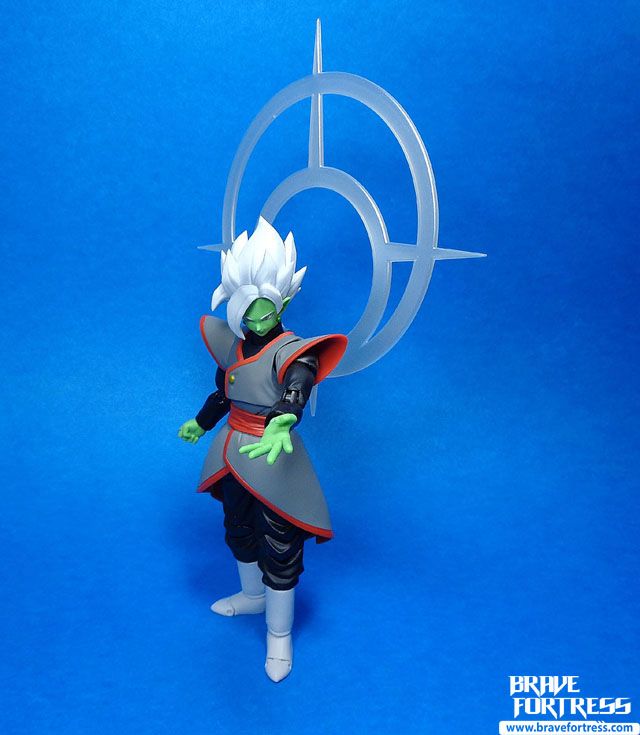 I love how they included the Time Ring on his right index finger. The Time Ring allowed Zamasu to jump around time in the Anime.

Divine Wrath is a variation of his Holy Light Grenade attack.

Holy Wrath is Zamasu’s ultimate attack and is a combination of his Black Power Ball and God Splitter attacks.

After taking heavy damage from Goku’s God Kamehameha, Fused Zamasu’s right half starts to turn purple. He then summons an attack called the “Light of Divine Justice” to damage himself even further but at the same time, this attack increases his powers tremendously. The self damage also results in his damaged right arm swelling to massive size. 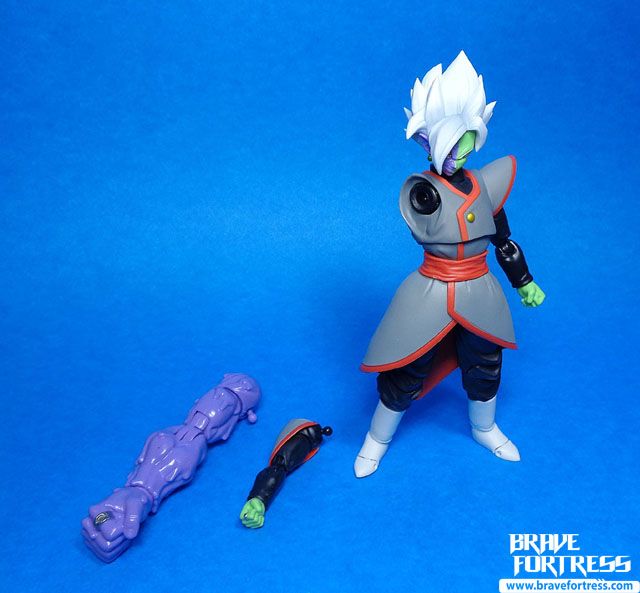 At this point, Zamasu has totally lost it and decides to destroy everything including even the gods themselves, leaving only himself as the only “worthy” being to exist in the universe.

In this mutated form, Zamasu easily defeats the already exhausted Goku and Vegeta, with only Trunks left to save the day. 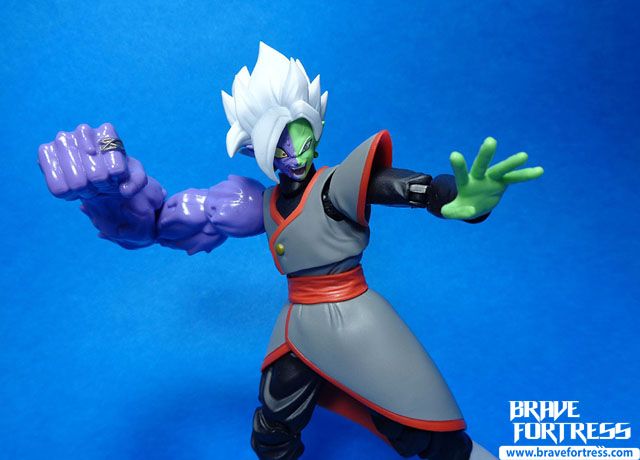 Overall, a very cool figure. I was going to pass on this figure when I first saw the promotional images. I thought we were only getting the fugly Zamasu and didn’t realize parts for Fused Zamasu was included in the set. I really love how dangerous this villain was in the Anime and I’m really glad I was able to catch up to the pre-orders for this guy.