The set does not come with a colored manual, just this black and white instruction sheet. Sigh.. what is this? Super Robot Chogokin?

The Getter D2 is a mass-produced machine used by the Getter Corps at the Saotome Institute by the time of the Getter Arc saga. It is the first line of defense for the Institute when the Andromeda Stellaration begin their attacks on Earth.

The design for this mech is based heavily on Shin Getter Robo’s Getter Dragon, with some added designs from Shin Getter 1, mainly the legs and wings. The toy itself is a heavy retool of the Soul of Chogokin Gx-51 Getter Dragon.

While initially launched as 3 separate ships, the combined Getter D2 robot can be controlled by just one pilot. It’s also noted in the series that an average person can only handle piloting the machine without an “augmentation” flight suit for a maximum of three minutes before their internal organs begin to liquefy due to extreme G-forces caused by the Getter unit’s fast movements and intense pressure from the Getter Energy reactor.

Be careful when handling the wings, as the material is somewhat really thin. I’m a little worried I’ll break it at some point down the road. I could be mistaken, but are they the same wings as SRC Shin Getter One? The backpacks are definitely different though. I’ll have to recheck this. 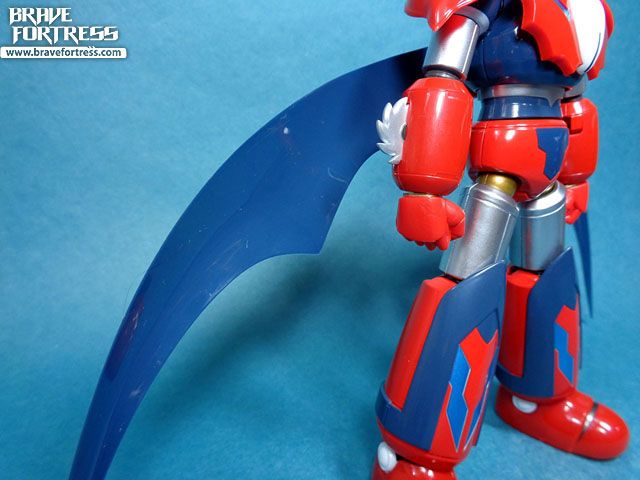 The wings are NOT spring-gimmicked, and they’re also NOT interconnected, so you have to manually lift each wing up.

Almost all of the features from the Gx-51 are here, including pull-out legs and feet, plus the mid-torso ab joint. 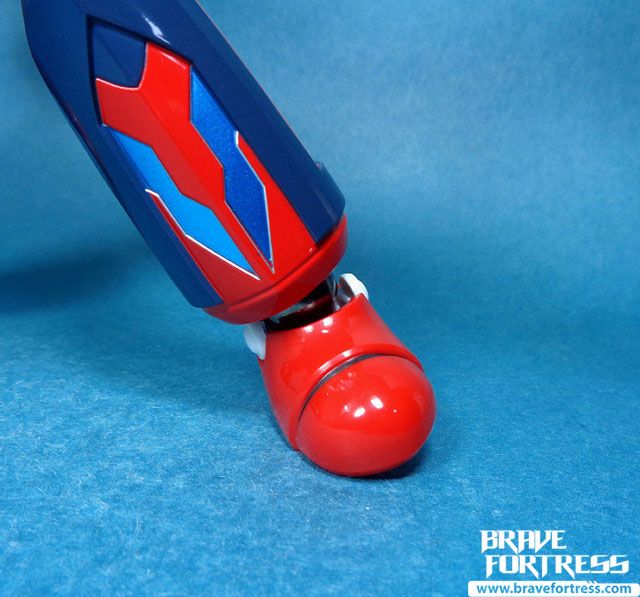 In the Anime, the Getter D2 has limited armaments. These include the Getter Tomahawks (launched from its shoulder pads) and a Getter Beam ray emitter mounted on its forehead. It also has an optional “Giant Grenade” launcher loadout as seen in the first episode.

With the Gx-51 Getter Dragon.

Fatal Flaw Alert!
While not an issue (yet) with the Gx-98, my Gx-51 Getter Dragon has started seeing heavy rust on the arm magnets. Very disappointing. I’ve never had this issue before with the other SOCs that use this gimmick so far. Best keep an eye on the others (Mazinger, Great Maz, Grendizer, Gaiking, Tetsujin 28) from time to time. Sigh.. I guess nothing lasts forever.

With the Getter Arc.

The display base is also a reuse of the Gx-51 Getter Dragon base, but with modified feet slots for the D2. 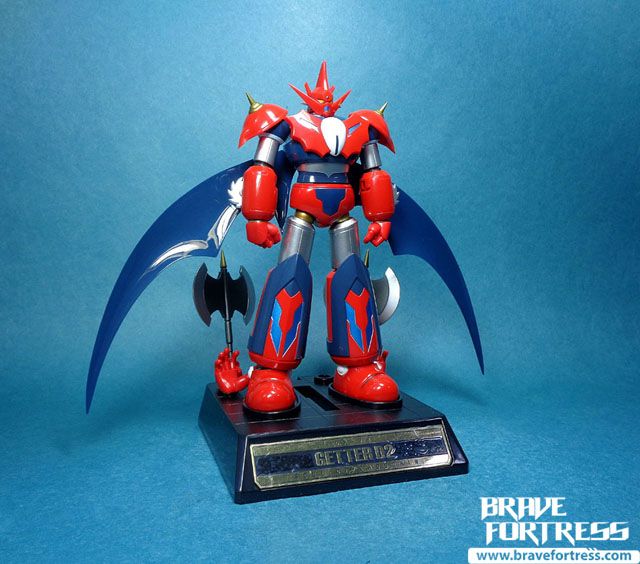 While the base does come with a display arm, it is meant to hold the Getter D2 in flying poses, as opposed to fastening it in neutral pose while on the pedestal.

-While it’s somewhat of a reuse of the Gx-51 Getter Dragon, it still retains the great joint innovations featured in the older model, along with the same diecast heft.

-New “flight stand” for the display base.


The Bad
-No colored manual, just the black and white instructions sheet.

-Getter wings have to be moved individually, no common joint movement or spring gimmicks.

-Getter wings are very thin and somewhat fragile. Be careful when handling.

-Figure is still essentially a retool of Gx-51 Getter Dragon.

-No customizable stickers for the face (the Getter D2 Squad had unique numbers on their faces to identify each other).

No real qualms here quality-wise, but paying a heavy premium for a retooled SOC does feel very unsatisfying.


Overall, not really one of the SOC line’s best efforts. The base figure was really good when they released the Gx-51 Getter Dragon back in 2009. But, reusing the base design more than a decade later for a “new” character seems lazy at this point. I’m also not sure if it scales correctly with the Getter Arc, either.

Still, there are some bright spots to this thing, as the base figure still retains its original heavy diecast content, along with the good joint design innovations that made the original release great. The “flying” display arm for the stand is also a nice addition to the set, as well.

Honestly, I can’t really recommend this release because of the jacked-up price and lack of real innovations though. Somehow, it just feels like Bandai is just trying to pad the GX numbers so we reach Gx-100 and this is one of those “last minute additions” thrown in to get us to the Gx-100 finish line.

If you’re an SOC or a Getter Robo completist, then this release is probably something you’ll need, paying a premium price in the process and all. But, if you’re just the casual SOC collector, then you can skip this guy and just grab only the Getter Arc, as the D2 didn’t really do much in the Anime or Manga anyways.

Funfact: In the Anime, there were actually 6 Getter D2s shown defending the Saotome Institute. So, you can opt to “army build” this figure to recreate the squad. However, they all get wiped out before we even know any of their names (except Captain Hoshi), so it’s not really something worth going after. In the Manga, we get various mixed Getter forms for the squad, they weren’t all just the Dragon. I guess the animation crew wanted to save some time and money.