Well, here’s yet another in a long, long line of mail-away figures for Bandai’s Mazinger Angels line. This time though, it seems the core of the body is primarily from the Aprhodai A Snow White version.

In the sequel, Kikunosuke Abashiri, from Abashiri Ika (another one of Go Nagai’s works) is the main heroine and newest member of the Mazinger Angels team.

I’m a little sketchy on the details (as I got this item from secondary sources) but as far as I know, you need to mail in coupons from two succeeding volumes of Mazinger Angels Z manga to avail of the mail-away promo.

In the manga, Minerva also used the Drill Spacer to take down enemies. 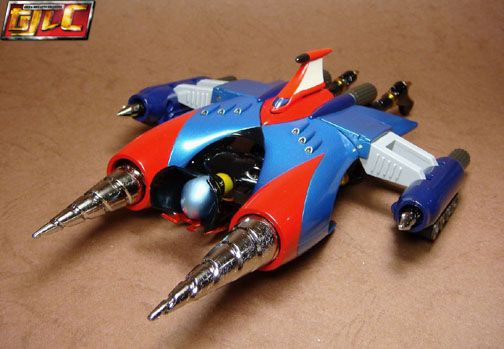