Due to the nature of the vehicle mode, the box is longer than average. Spanning 16 x 9 x 3.25 inches in dimension.

The set comes with Wolverine and Sabertooth minifigs.

For some reason, Wolverine comes with this effects part.

Lol… so the scale is obviously off here.

The wings are ridiculously floppy here. What the heck, Hasbro??

Heh, the underside is messy to look at.

As part of the Transformers Collaborative sub-line (with Marvel Comics this time), this figure was released as a Hasbro Pulse, Gamestop and Target exclusive. The figure comes with no biography and he isn’t based on any appearance in any media. So we don’t really know much about him. 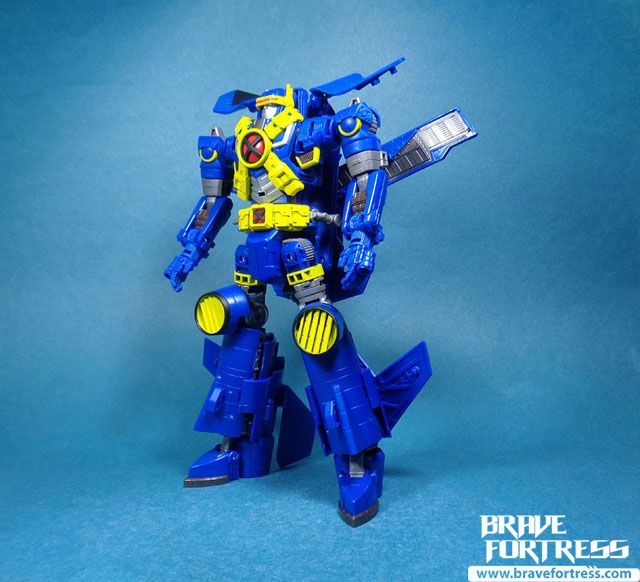 His visor can be lifted up.

Even in robot mode, the plane wings still give you a LOT of grief by falling off constantly. Whoever designed this deserves to be fired…

I’m going to go out on a limb and say he probably also has Cyclops’ optic blasts as well.

Overall, not really something worth picking up at full SRP. I only got this since it went on discount and it still feels like I overpaid for it. The floppy wings are incredibly insufferable. There are some good points here though, such as the size and the X-men Animated series nostalgia factor. But at the end of the day, I think this is probably one of the lesser-wanted Collaborative releases.