*Note that the packaging actually has their names reversed.

Ground Hog is something of an aberrant. Unlike most Decepticons, he actually cares for his teammates, usually fixing them up and finding ways to improve his team. 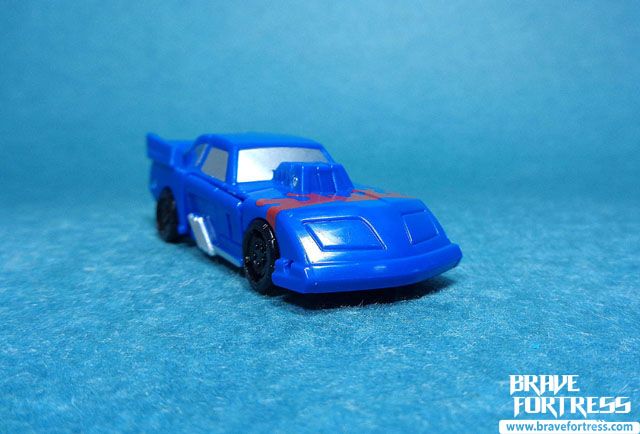 Roller Force’s personality is the opposite of Ground Hog’s, self-centered and generally doesn’t care if he smashes through everything in his path, even his own teammates!

Both Micromasters combine to form an unnamed weapon mode.

You can actually complete the original 4-man team Race Track Patrol team by getting the Galactic Odyssey Collection Micromaster 6-pack to get Barricade/ Runner and Motorhead.

Always eager to take on missions and explore, Payload is the leader of the Astro Squad and tends to be a little reckless thanks to his enthusiasm.

Second-in-command for the Astro Squad, Phaser is the most down-to-Earth member of the team and keeps his teammates in check.

The Astro Squad’s G1 bio states that the team is coated with cyclonic steel, for withstanding maximum enemy photon blasts. The team is also able to rocket across galaxies in seconds and has specialized tech for deep space exploration and defenses against Decepticon incursions.

The duo are one of the Micromaster Combiners, they can merge to form a single vehicle unit, in this instance, a space shuttle.

The shuttle mode can be turned around and held like a blaster by the bigger Transformers, with the rockets serving as gun barrels.

From all indications, this seems to be the last wave of new mold Micromasters for mass retail, as the next wave consists of reissues of the Decepticon Battle Squad (Direct-Hit & Power Punch) and there doesn’t seem to be any more Micromasters lined up for the Kingdom series.