Thundercracker has a superiority complex over those that cannot fly. He treats the skies as his exclusive domain. In jet mode, can produce deafening sonic booms. He is also armed with incendiary guns and drone rockets. His greatest weakness is his lack of conviction for the Decepticon cause, needing constant reassurance. His self-doubt can sometimes get in the way of functions on the battlefield. 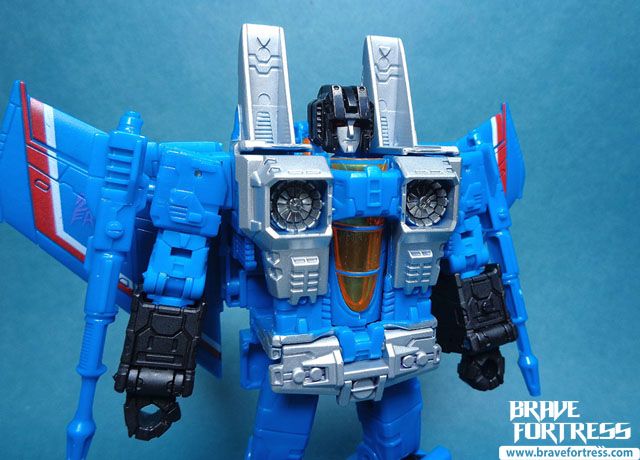 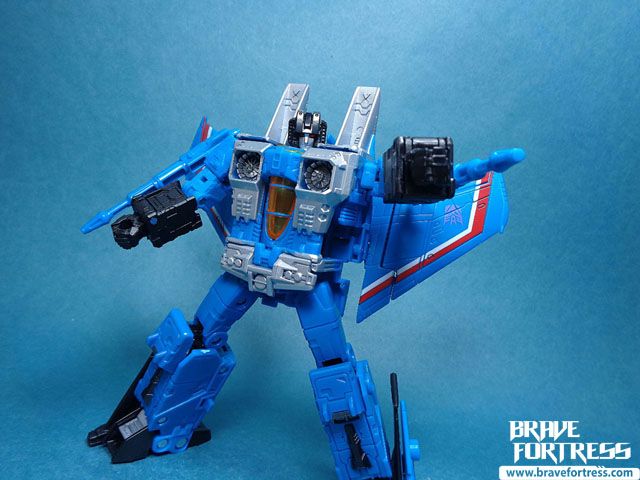 In the IDW comics continuity, Thundercracker actually turns out to be a decent fellow, after falling out with the Decepticons by saving the Autobots from an impending nuclear strike, he befriends a dog named Buster and eventually works with humans under the Earth Defense Command with Marissa Faireborn. He even becomes an accomplished screen writer. Pretty cool.

Comparison with the Siege version 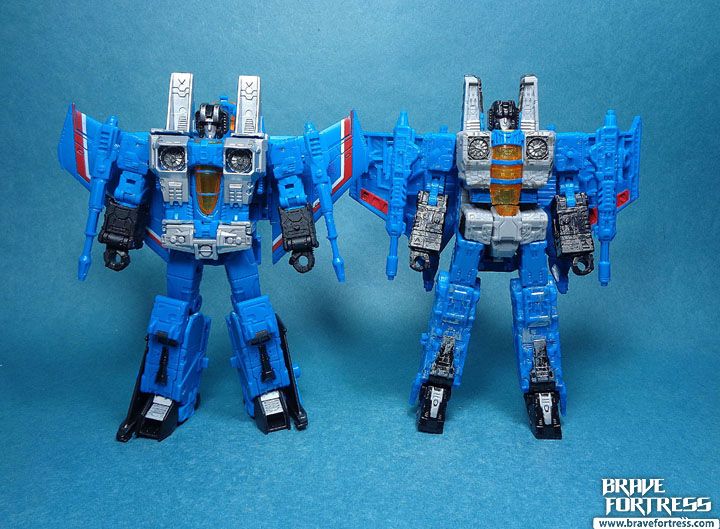 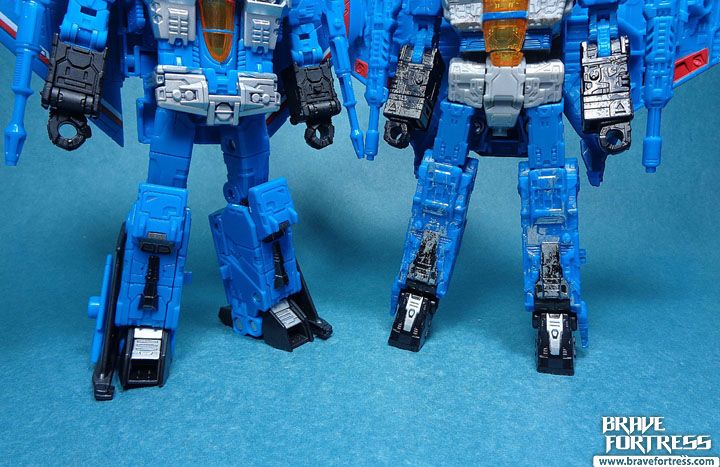 Skywarp is the only Transformer with the ability to teleport short distances. Unfortunately, he rarely uses his ability strategically enough to do much for the Decepticons unless directly supervised by Megatron, he usually tends to use his gifts for meaningless pranks on fellow Decepticons and Autobots. Skywarp is armed with heat-seeking missiles as a specialty weapon.

Earthrise Skywarp unfortunately comes with a “I’m always yelling!” face. Sigh… I wish they went with the same headsculpt as Thundercracker instead.

In the IDW comics, when Skywarp temporarily loses his powers and eventually fell out of graces with the Decepticons, he actually joins up with G.i. Joe, under the premise that they would restore his teleportation abilities. He has great disdain for the fleshlings at first, but eventually winds up befriending Rock n’ Roll. 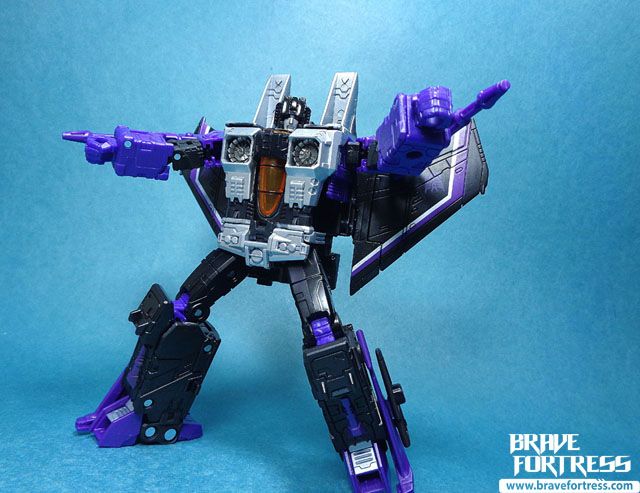 Comparison with the Siege version

I really love how Hasbro did these figures. They really look close to their G1 onscreen depictions. I just wish they executed the torso design a bit better so we wouldn’t see the gaps and empty spaces up top and on the sides. Good, but not perfect.

I’ll try to do a proper Earthrise Seekers groupshot when I get the G2 Ramjet redeco in.