Filed under: TF War for Cybertron/Fall of Cybertron Video Game
Share This Page

How to properly put the crane back in the tray:

For the TakaraTomy versions, The colors are exactly as they appear in the game. The added paint details make the figures stand out even more. Unlike in the Hasbro version, the colors for some are totally way off. Makes me wonder why the large discrepancy… 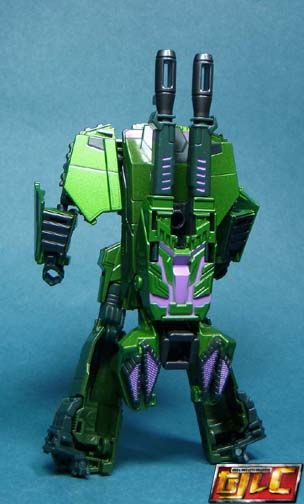 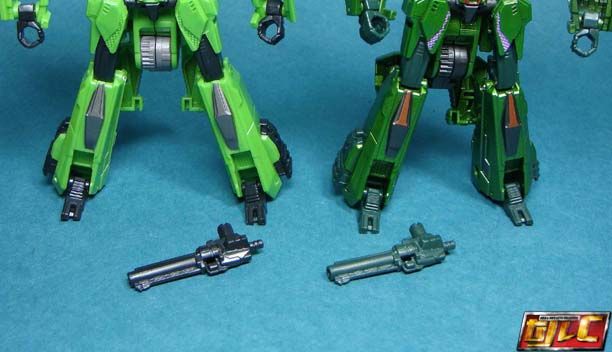 Takara Swindle’s gun is lighter colored compared to the very dark Hasbro version (sorry, this can’t be seen clearly in the pic.). 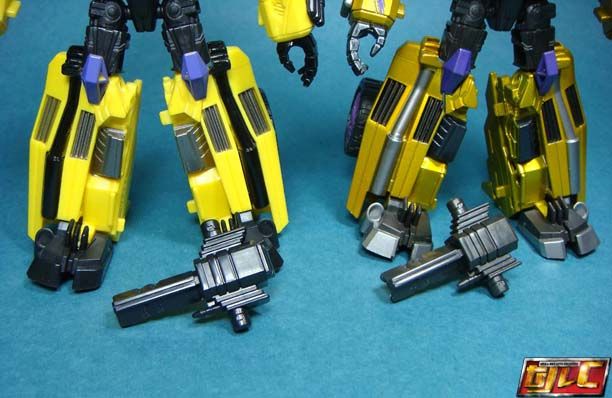 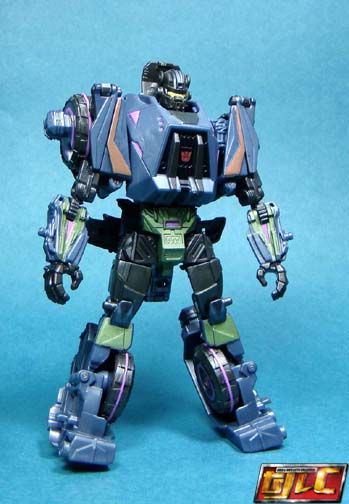 In the game, Bruticus can only melee, not shoot. So his attacks are usually all just using Vortex’s chopper blades to do damage.

The Combaticons are great, it’s the Bruticus part that’s the problem. Poorly designed arms hurt the look of the figure on a grand scale.

Artfire is a retool of the Henkei Inferno (just like in the G1 toyline), with a new crane. Artfire never came out in the cartoons and was only in a few panels in the Japanese TF Headmasters Manga. The G1 toy is considered as one of the rarest figures around since he came out close to the end of the G1 toyline.

He comes with 2 Targetmasters.

Incidentally, all 3 (Artfire’s, Cyclonus’, Stepper) guns have been name “Nightstick” at one point or another, depending on Japanese or US packaging, it’s all a confusing mess really for some G1 fans really.

Both guns can be combined and can also be attached to Artfire’s vehicle mode via the hook on his crane.

Artfire is classified as an Autobot Targetmaster sniper. So I guess this is how he would “snipe”?