A redeco of Siege Brunt, the drone was supposed to be based of the Centurion Droids that guarded Vector Sigma, but for some reason, instead of green, HasTak decided to go with gray colors.

Not bad, I guess, but I’m not really sure what to do with this guy. Maybe put him next to the MP-10 Vector Sigma accessory? Or maybe pair him up with the Mercenaries?

Just like Brunt, he’s a Weaponizer, so he can be dismantled and reconfigured as a weapons system add-on for Transformers.

Of course, the only real reason to grab this set is for the accessories. Good gravy, there are a lot of accessories packed in here! Including:

A total of 17 unique accessories!

Optimus Prime’s Ion Blaster and a tiny unpainted Optimus Prime, meant to be in scale with the Haslab Unicron.

I don’t know… it seems way too big? I wish they scaled it back a bit. 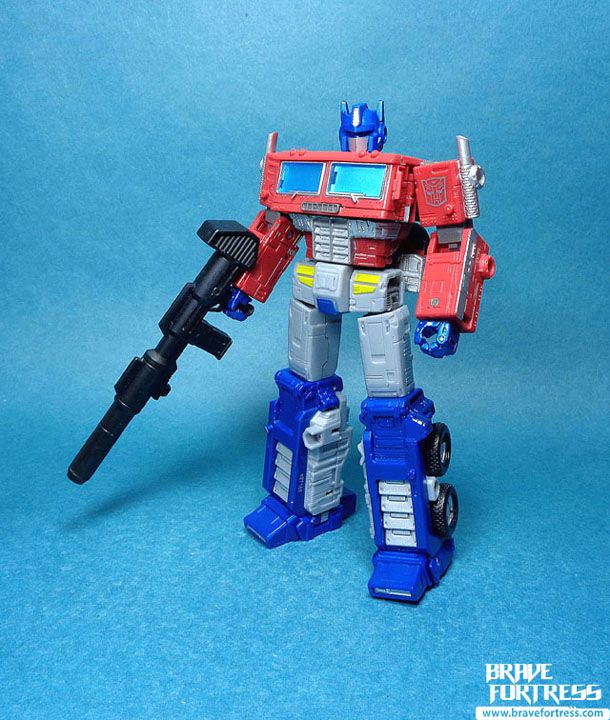 Prime’s Ion Blaster can be mounted on Roller, a la G1 toy.

The cage is difficult to split open, also be careful as the pins are very small and most likely to break. Worse, they’re made with clear plastic, which usually tends to become brittle faster over time compared to most plastics.

Note that the mace doesn’t sport any articulation, still looks amazing though.

Also note, that it is VERY difficult to remove the mace after you plug it into his hand. DO NOT plug it in too deep, Otherwise, you will risk breakage when you try to remove it later on. It’s also made with clear plastic so it tends to break easier than usual.

Overall, not really worth it? Getting this guy was a HUGE pain for most folks due to very limited supply. I just got lucky one of the local shops got it at close to SRP (most of the other specialty shops didn’t even have this brought in). The Centurion figure is nothing special, or even interesting, but it’s the accessories that folks really want and Hasbro should have made it easier to get this set. It’s going for crazy prices nowadays and paying that premium for trinkets isn’t really worth it I think.