In the Japanese Masterforce continuity, Turtler/ Snaptrap is the only sentient member of the Seacons, all the rest are drones that he commands telepathically to either attack as a group or to merge into Piranacon. Since they’re drones in the Masterforce series, the Seacon limbs are plentiful, appearing in large numbers and not just five robots, similar to the G1 Insecticons. In the Marvel and Marvel UK comics, each Seacon is sentient, unique and has individual personalities.

With the exception of Snaptrap, the Seacons all have “Targetmaster” modes. It’s a shame we don’t have stands included to elevate and display them as turrets or gun placements.

The combined form of the Seacons. Relentless and unstoppable underwater. Piranacon never stops until it runs out of energy. To counter this, Snaptrap actually installed a timer which forces Piranacon to separate after a set amount of time to prevent depleting the team’s energy completely while in battle. Performs optimally when underwater, but once out of the water, the gestalt’s huge size greatly slows him down.

While Piranacon never appeared in the G1 cartoons, he, along with the Seacons, were prominently featured in the Japanese Masterforce cartoons and Marvel Transformers Comics.

For some reason, the foot connection for Tentakil is super loose on mine.

All of the Seacon’s melee weapons combine to form Piranacon’s trident. Pretty impressive.

To equip the trident, you will have to flip the thumb away from the center of the hand a bit though due to the design of the trident’s handle.

Since the Seacons are made up of a team of 6 bots, the sixth bot usually forms the rifle. The rifle is plugged directly into the back of Piranacon’s hand and not held in the conventional way.

Unfortunately, the “Targetmaster” is very heavy, there’s really no way to get Piranacon to hold him up with just one arm.

Even with two arms, it’s still problematic. I really wish Hasbro/ Takara included some sort of support stand for the rifle.

I didn’t have time to go through each Seacon as a weapon mode for the Piranacon and just went with the “official” setting. Maybe down the road when I have the time, I’ll update this post… maybe…

Even without the sixth bot, you can use Snaptrap’s semi-automatic atom-smasher rifle as a workable alternative.

Overall, an amazing set! I’m impressed Takara improved some things, like the addition of chrome parts and improving the stability of the toy by plugging the hands into the feet to act as “heels” for the combined form, plus the new redesigned combiner hands are excellent and I love the individual fingers. It’s a shame these changes came so late into the game. I wish they could’ve been applied to all the Combiner Wars gestalts. 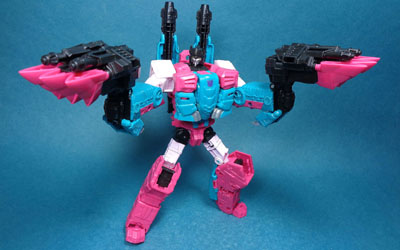 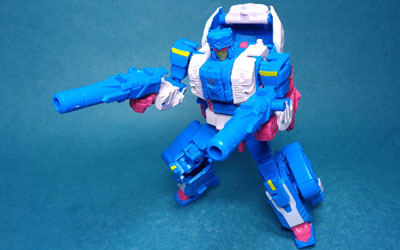 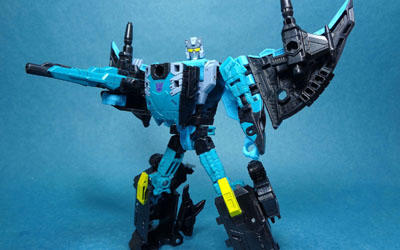 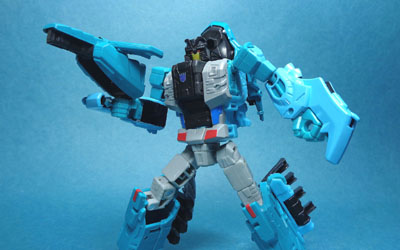 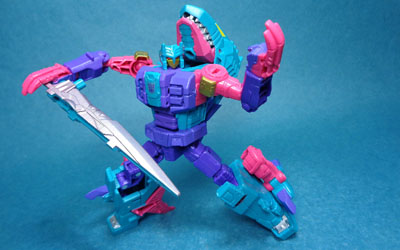 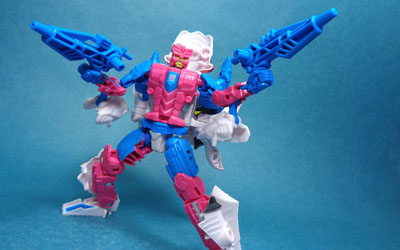