Gimmicks:
The Autobot Matrix of Leadership is included, but does not have any light up features unlike the original MPC Prime.

Spring-gimmick leg vents, although the effect isn’t as good as the MPC. Also, Igear also included rubber tires, similar to the MPC.

Spring gimmick smoke stacks, just like on the MPC.

“Talking mouth” button for moving Prime’s mouth plate up and down, but the effect is very minimal, unlike on the MPC, so this gimmick doesn’t really work well. 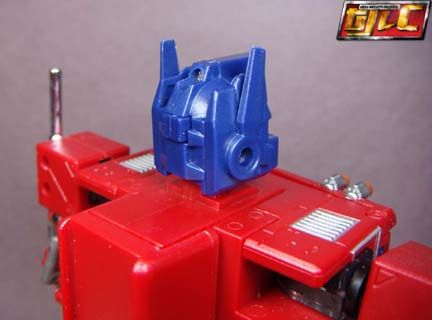 Rifles (an extra one is included for Classics Prime)

New improvements
Magnets. These help Prime stay locked. It works well enough. This is a new gimmick not present on the original MPC Prime.

New leg locks. There’s a notch located on Prime’s thigh that keeps his legs locked in truck mode, this is a new modification not present in the original MPC Prime.

Insignias. While the figure does not have the Autobot symbol etched-in by default (probably for Igear to easily repaint and make the Nemesis Prime colors figure), they included both Autobot and Decepticon insignias, but you have to glue them yourself though.

Igear also added a cape for Optimus, the cape is based on the Japan Manga of Transformers Generation 2, where the Autobots and Decepticons have formed an Alliance after the war. Prime and Megatron can both be seen sporting capes on one of the panels of the Manga.

A bigger version of the cape for MPC Prime is included.

To attach, simply loop the cape onto Prime’s chest “lights” and clip on the gold clips. 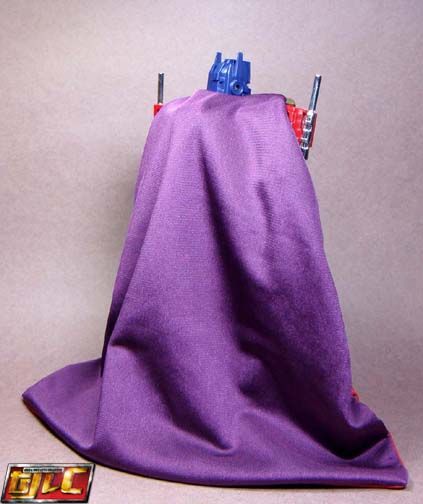 Igear also thought of including extra heads, Orion Pax (Optimus, before he became Optimus) and Megatron, both heads can be attached to Prime’s body, but brace yourself, as attaching the heads is a tight fit and there will be a loud snap when you remove them from the base, so it might be better to leave them alone.

Hmmm… what if Prime and Megatron got together and had a baby…?

Comparisons with the Masterpiece and Classics figures.

Due to the lack of diecast parts, the PP01 is a bit of a light weight (190 Grams only) compared to the original MPC which clocks in almost at 1 Kilo or more.

Quality issues:
The “cuffs” tend to pop off easily.

Shoulder joint tends to be stiff, be mindful when posing. The ratchet joints don’t seem to rotate as smoothly as I’d hoped.

My Prime initially had trouble with the chest panels, they wouldn’t close properly, I decided to snip off the excess plastic from the pegs with a nail cutter and that did the trick.

Also, the Prime’s head comes off almost with no effort at all, so be careful.

For those curious, the main differences with the original PP01 release would be:
-Packaged in truck mode. (Version 1 was packaged in Robot mode)

-Orion Pax and Megatron Heads. (Version 1 had only Anime head for Optimus, though the Anime head will be reissued with PP01u Ultra Magnus)

-Communicators now show Bumblebee and Kup (version 1 had Bluestreak and ?)

Overall, not a bad figure, the added details and design improvements are a nice touch and the scale certainly works better next to MPC Grimlock and the Binaltech TFs, as for the scale working on Classics/Henkei, it’s a bit of a stretch IMHO.

The high price it’s selling for is the biggest deterring factor I think (costs almost as much as the MP01 back in the day, and that thing had tons of diecast!) So I can only recommend this item if you have extra funds to spare, or if you have to get every Optimus Prime related merchandise out there.